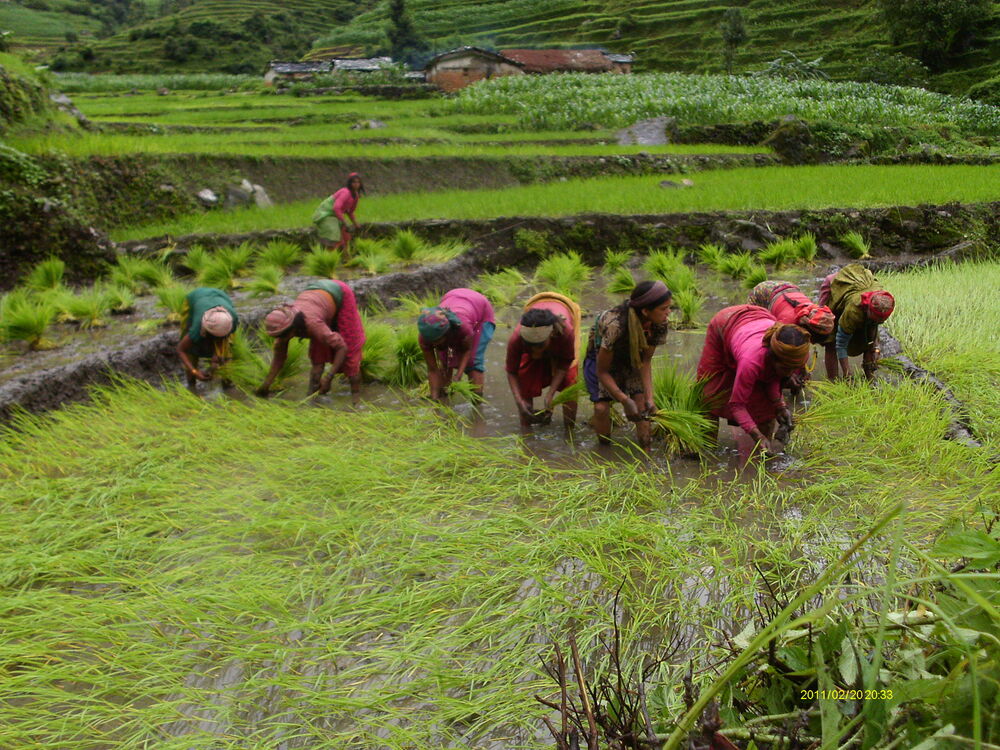 Surya grew up in South Asia and is still serving in that region today. From planting churches with her husband to training up new Jesus followers with a heart to share God's love with others to discipling young women and having a hand in various other ministries, Surya has been helping to assist and grow the global body of Jesus followers.

Growing up, Surya’s family, like many others in her region of South Asia, were strong Hindus. However, when she was five, Surya and her siblings attended Sunday School after someone from a local church invited them. After a year her aunt warned her mother that if Surya continued going to church, she would become a Christian. Therefore, Surya’s mother stopped letting them go.

When Surya was 15, one of her brothers became a Christian and again invited Surya to church. Surya refused to attend with him, convinced that since she was born a Hindu, she would die a Hindu. Her brother, however, continued pestering her, and, when a special Christmas event was held, Surya finally obliged him.

Three days after the service, Surya remembered: “I went to my brother and said: ‘I want to know this Jesus that you always talk to me about.’ So that's the day that I actually accepted Jesus.”

Surya faced many challenges when she accepted Christ. Her parents hid her Bible, and her mother would beat her if she refused to eat food that had been sacrificed to idols. She was not allowed to fellowship with other Jesus followers –– including her brother. But Surya was willing to follow her Saviour even with such high costs.

“I had this small Bible that I hid inside my pants, and I would go to the toilet and that's where I read the Bible without anyone knowing it. I never had Christian discipleship…nothing,” Surya said.

When Surya turned 21, she told her mom that she was going to go to church and get baptised. This upset her mother, who told her to leave, but Surya stayed and stood firm in her faith. Years later, after seeing the miracles that God was doing through Surya’s ministry, both of her parents became Jesus followers. This made Surya very thankful and happy.

Over the years, Surya and her husband have been planting churches both in her home country and in other parts of South Asia. They have seen many different groups form and grow through the ministry. Before building a church, they would find a leader and train up a pastor, sometimes taking as much as a year for the training process.

Recently, they have been putting more focus on training up others to be leaders and Jesus followers and helping an organisation in the USA send trained individuals into different regions in South Asia. Surya and her husband want to use their experiences of following Christ to help others follow Christ and share His love with others.

“We’re at this season of our life where we are so excited because we are training young leaders. We are so excited to see young people rising up to do what God intends to do in the next generation,” Surya said.

Surya has also been pouring her heart into the discipleship of young women by going through the book of Proverbs with them. She chose this book because of the wisdom it offers for daily decision making.

Through the discipleship group, Surya has shared the love of Christ with young women, spoken truth into their lives and helped them to strengthen their faith. This group has been life-changing for many of the young women. One young woman went from refusing to go to church to being a main leader in children’s ministry. Another went from struggling emotionally to being a leader in the church.

Surya's passion for the group stems from personal experiences during her early days of following Christ. She remembers what it was like to not have anyone: no one was able to be there and disciple her as a young Jesus follower, but now she can disciple others from similar backgrounds.

“I want to purposefully choose these young people and disciple them and bring them back to God again here,” Surya said.

As borders begin to open after lockdowns to stem the spread of the coronavirus, Surya and her husband hope to join a team in South Asia on a new project that will focus on reaching out to a specific tribe. They want to help young women, many who are sold into prostitution, attain education so that they can have brighter futures. They pray that God will open the doors necessary to reach this tribe with the gospel.

“Pray for protection because some of the places we are going are very dangerous and for safety as we travel. Pray for God's favour, to go before us and prepare the way for us, even before we enter into a new area of our ministry,” Surya said.

Other Resources by Hannah Deane