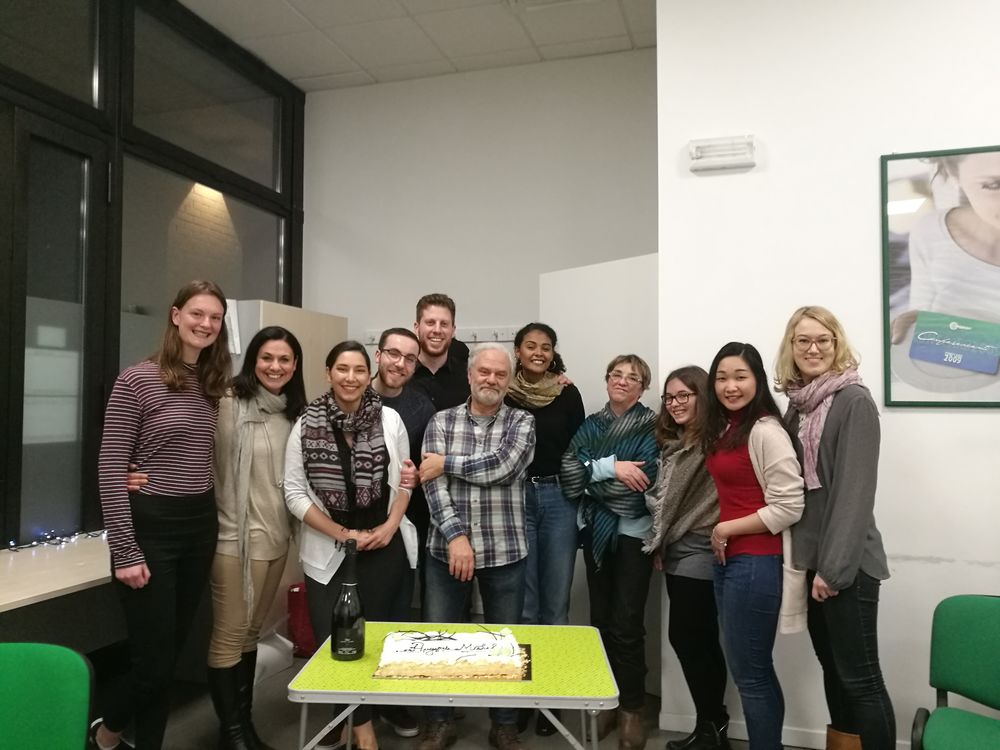 Italy, Pisa city centre, 18:30 on a Sunday evening – Groups of two or three young adults are entering an office building. Inside, more than 15 people are engaged in lively conversation, enjoying a small aperitivo (a light snack). This is not a business meeting, but a historical moment: the start of the first ever church service of a new church plant, La Torre. Over the past year, a team has been working and praying to grow a community and build a church to be a witness in this city. One year later, the time is ripe to launch the church officially. All praise to God, the strong tower.

Discovering a need for more churches – even in Pisa

Pisa is a city with a rich heritage, historically and scientifically. The university called Scuola Normale is famous all over Europe for its high standard of education. Around one third of the city’s population, about 50,000 people, are students.

About a year ago, a team was commissioned from a small evangelical church in the neighbouring town of Lucca, to plant a new church in Pisa. The church in Lucca had been dreaming for several years of planting a church in Pisa that would reach the students and young people with the good news of Jesus Christ. That church also had to release members of their own 30-person congregation to start the new church plant. But the vision to bring the gospel to young people who otherwise might not hear about Jesus made it all worthwhile.

The first year of church planting has been a time of challenges, discouragement and doubts, but also blessings and confirmations. One of the hardest questions coming from atheists, evangelicals and Catholics alike has been: “But aren’t there enough churches already in Pisa?” The answer, however, is “No”. According to the team’s research, there are only a few hundred evangelical Christians (including the many ethnic believers) in Pisa. Therefore, their answer is as simple as it is strong: “If the church is the way God uses to reach people, then we need more churches.”

Over the past year, the team has been building a community. Every two weeks, a Bible study at the house of church plant leader, Michel, including dinner and Bible discussion, has taken place. When the group finished reading the first chapter of the gospel of Mark together after some weeks, they celebrated with a social dinner in the city centre. “A party is always a good reason to invite new people,” they thought. So they did – and 20 people came!

The team also introduced other creative ways to get in touch with the students and young people, such as an art exhibition, English language classes in a pub and open mic evenings in a bar. It also meant that the other churches in Pisa could get to know and reach out to locals, through the various activities creating opportunities to build new friendships and invite people to learn more about Jesus.

A year after the first seed was planted, the church now has a core team, which unites people from four different regions of Italy and four different countries. God has miraculously brought them together with the same desire to honour Christ and live close to Him. In addition to the committed team, consistent groups of people regularly attend the various activities. As the relationships grow deeper, the team sees God working in the hearts of the students they meet, opening them up more and more to a personal relationship with Jesus Christ.

Establishing official church services is a big step. It makes the church visible. The team document says: “As we begin to hold outreaches, we will be able to formally launch the official existence of a new church.” Having a visible church, with regular services, will help to disciple the new believers to have a life with Christ and to be a witness to others themselves.

Today, a vibrant community is emerging. The first service of the La Torre church was full of joy and thankfulness. In his sermon, Michel explained how the La Torre church name reflects, of course, the famous tower of Pisa, but also God, who is a strong tower for the righteous. “And righteous,” he goes on to explain, “does not mean perfect or obeying all the rules but accepting Christ as Saviour, and honouring God.”

The church plant is not meant to become another institution, but to remain a community, with contributions from all its members. That is why, at the end of the service, people are invited to fill out a short questionnaire to give feedback on the service. Lively conversations continue after the service, as half of the congregation spontaneously goes out to dinner together. Another vibrant community of Jesus followers is on its way to impact Italy.

Other Resources by Christine Lemaire