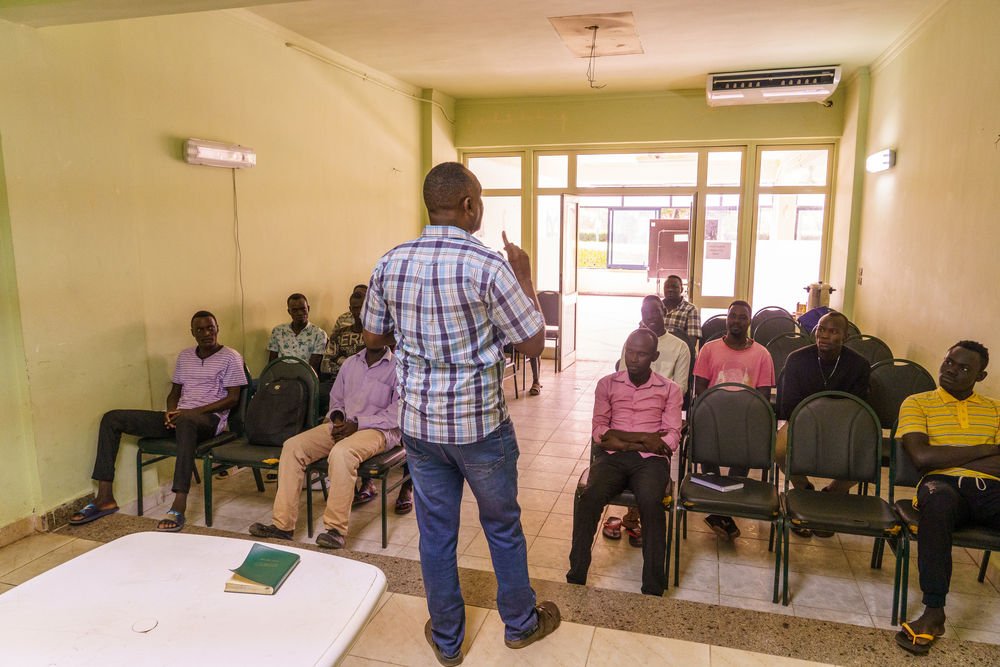 Amid* grew up in a North African country where his family was a mixture of Christians and Muslims. “My brother first accepted Christ through a Christian radio programme, and he prayed a lot for us to believe in Jesus,” Amid explained.

One day, Amid was encouraged to attend an evangelistic church service by his father, who was a believer but not strong in his faith. While at the service, Amid heard God tell him: “These people who are singing know where they will go if they die. Where would you go?” Consumed by not knowing the answer to that question and wanting to know more about who God really was, Amid chose to believe in Jesus as he stood in the pews of the church.

While at university, God gave Amid a strong desire to reach out to his Muslim neighbours. During this time he visited the “Floating Book Exhibition” on a ship that sailed along the Nile River. He was particularly fascinated by the power of book ministry—both onboard the ship and what the organisation was doing in other parts of his country.

Though Amid’s immediate family members are now all strong believers and support his ministry, increased political turmoil and persecution of believers by the government has led many believers to flee the country or reside in a specific region. As Amid and his team stay in a region with fewer Christians, it changed the dynamics of their ministry. “We decided to focus on the remaining Christian youths and train them to disciple others,” he explained.

After four years of serving in his country, Amid joined Doulos for one year to receive additional ministry training. During this time, he heard about Missions Discipleship Training (MDT) and felt he “wanted to use MDT to raise up local leaders in my country to be missionaries.”

Returning from the ship, Amid got married and went to South Africa for MDT. When he returned home, he and his team successfully held three trainings in three years for young believers, who were then sent out to areas where people had never heard the gospel. Once again, Amid’s faith and ministry faced major challenges as the government started arresting Christians and kicking out foreign workers.

Being the leader of the team at that time, Amid was sought after by the police, and team members were questioned about his whereabouts. “My wife and I decided to leave and spend time in a neighbouring country until things died down with the hope of returning to continue our work. However, we received word from my parents that their life was threatened by the police and they thought it best not for us to return,” recalled Amid.

Purpose in the detour

Seeking the necessary paperwork to receive refugee status and migrate to the west, Amid, his wife and their newborn baby travelled to a neighbouring country in North Africa. While they planned on staying only one week and then flying to a western country, Amid realised that God had a different plan for them. Six and half years later, they are still in North Africa.

Amid discovered that a lot of Muslim refugees from his home country now resided in the same country as his family. He saw this as a renewed opportunity for ministry: “The vision I had to reach my country was now being revived as I can share the love of Jesus with them in a country where we are all refugees.”

Amid and other team members from his home country share the love of Jesus with their countrymen through home visits where they listen to their problems, pray with them and provide for basic needs like food, clothing and financial support to send their children to school. Through this, the team has seen many Muslims come to Christ and form small house churches.

In addition, Amid realised he could serve his country even more by continuing his training school in this new place. “We decided to connect with our Christian partners in our home country and have them recruit believers who are interested in church planting and bring them to where we are to be trained for six months and then go back to work in our country,” Amid said.

Currently, Amid and his team have trained 50 national believers who are serving in their home country. They hope to not only send workers to the remaining areas where no one is working but also to raise up additional workers in the districts where there are only one or two people serving. 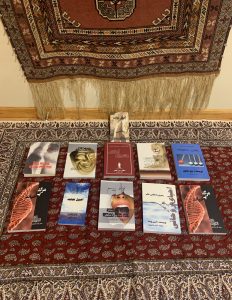 Short term and long term opportunities are available.
Full Details
Disciple-maker/church planter North Africa    Go & Live    September 2023We are a community of Jesus followers living in Central North Africa with a passion and mission to share the love of Christ with the least reached of this region.
We focus on prayerfully building relationships leading to disciple-making with the goal of establishing VCJFs.  We use businesses, language teaching, arts and music and tourism to grow links with the local communities. Media and follow-up ministries help us to develop new relationships with those who are seeking.
Full Details
PLOT: Preparing for Long Term Orientation & Training North Africa    Go & Live    As soon as possibleBe a part of the PLOT program through hands-on orientation and training to prepare for long-term ministry. You will support and contribute to the work of long-termers while studying language (local Arabic dialect), learning culture, and developing your own ministry and residency platform. You will also be able to travel and see what life is like around the country.  The aim is to learn, be exposed to many different experiences, and discover how  can make a difference here long-term!
Full Details
English Teacher North Africa    Go & Live    As soon as possibleMany ministries in OM are looking for qualified ESL/TESOL English teachers to work toward the purpose of seeing vibrant communities of Jesus followers among the least reached. Some of these teaching opportunities involve building relationships with a particular people group, while others involve equipping missions workers for future ministry. If you are a self-motivated teacher who enjoys a new challenge and wants to work toward the purpose of reaching those who have never heard the gospel before, consider using your skills with OM. Participation in local ministry and team life may also be aspects of your role.
Full Details
All Service Opportunities
All Visit Opportunities