A warm welcome for the message

Logos Hope’s arrival in Mexico for the first time was made memorable as a large crowd welcomed the vessel and her international volunteers with food, music and a joyful celebration.

Both the ship’s community and local people are full of expectation for the time Logos Hope will spend in the port, which has been described as a gateway to the vibrant, contrasting, multicultural country of Mexico. Local officials and the ship’s leadership exchanged gifts and good wishes at the ceremony to open the vessel’s bookfair to the public.

Representatives of the government, the port administration and media organisations joined Veracruz citizens in listening as Logos Hope’s director, Pil-Hun Park (South Korea) offered his thanks for the welcome the ship had already been given.

“I want to thank you with all my heart for your support, help and generosity, for allowing us to be here in your country,” Pil-Hun told them.

Pil-Hun said the reception as the ship came alongside her berth was extraordinary. A traditional Mexican mariachi band played as people danced and served food from the region. “We really feel so honoured, and I want to tell you, on behalf of the entire crew, that we are excited to be here with you.” He continued: “The vision of Logos Hope is to share knowledge, help and hope. We can live together without taking into account the colour, race or place each of us comes from. What is important to us is the hearts of people,” said Pil-Hun.

In his speech of response, the president of Veracruz municipality, Fernando Yunes Marquez, said, “We are honoured to receive you but, above all, to receive the message that Logos Hope brings to us: a message of knowledge, hope and mutual help.” Señor Marquez added: “In a troubled world, where some want to build walls to divide nations, Logos Hope reminds us that our seas have no barrier. The ship’s message is universal, regardless of which country we come from.”

The commercial manager of the port authority presented gifts to the ship’s senior figures, after which the traditional ribbon-cutting declared Logos Hope’s bookfair officially open in Veracruz for the coming month. 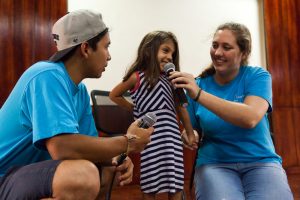 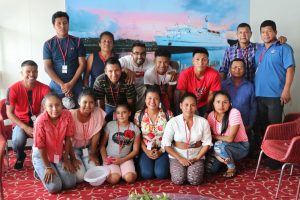 No coincidence: an answer to prayer

Logos Hope: Nurse Ships    Go & Live    February 2022Serve on board Logos Hope with an international crew of 400 volunteers from over 60 different countries.

The Area Personnel Officer’s role is primarily to advise and facilitate the Area and field leaders. He/she has no executive authority in terms of directing personnel.
Full Details
Bookkeeper Mexico    Go & Live    As soon as possibleAs a bookkeeper serving on the mission field, you will provide much-needed support to the accountant on the OM team, and you will fulfil a vital ministry role toward the purpose of seeing more vibrant communities of Jesus followers among the least reached. We are looking for knowledgeable, detail-oriented individuals who will handle the paperwork associated with OM's business and ministry transactions, including petty cash, data entry, bills, accounts, banking and record keeping. Participation in local ministry and team life may also be aspects of your role
Full Details
All Service Opportunities
All Visit Opportunities