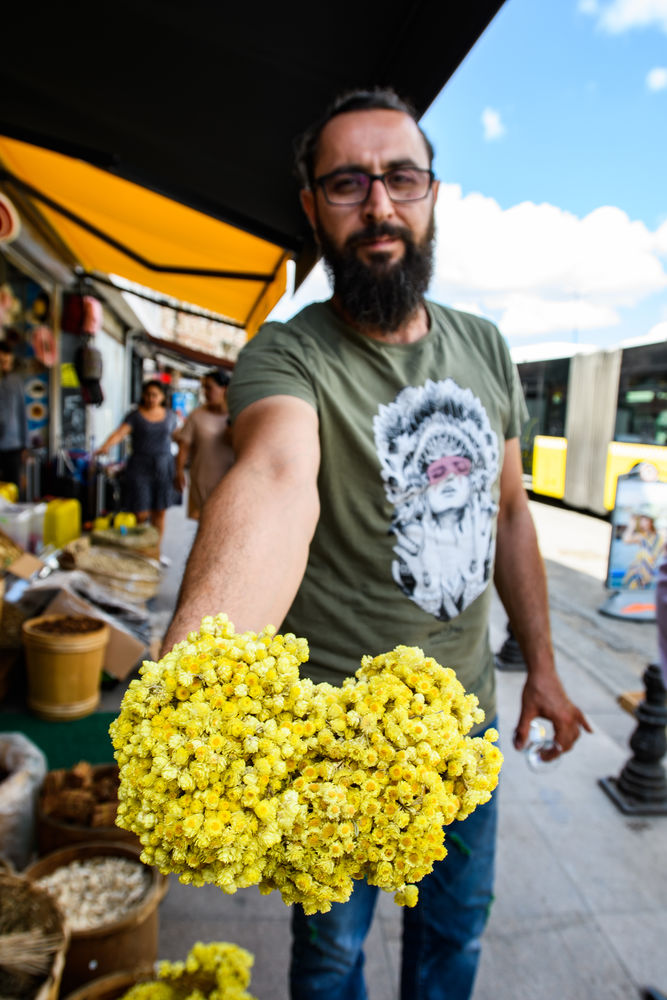 God has led Ahmet* on an amazing spiritual journey in his search to discover more about Jesus. These days he has come full circle: after growing up in a small conservative Turkish village, then living for two decades in South Africa and in France, Ahmet has returned to the tiny village of his birth with a desire to help others in his community discover the peace with God that he has found.

Ahmet’s life began in a small agricultural village on the European side of Turkey surrounded by fields of wheat and sunflowers. “My father owned a wholesale drink business, while my mom tended to cattle. We were immersed in Muslim traditions,” Ahmet says. However, he continues, “my spirit was always like a restless boat without an anchor.” He remembers even as 10-year-old sitting with his friends on the edge of the town eating sunflower seeds and talking about the meaning of life. In his quest to discover answers, he knew that one day that he would explore the world beyond the confines of the traditional norms of his social group. At the time, Ahmet never questioned why he thought differently than others. “Now I recognise that God was using these questions to shape my life and eventually lead me to Him,” he smiles and says.

His first step outside his small village was attending university in the southeast of Turkey. This city was quite different from his village, as it was known for radical Islam, with a mosque on every corner. His father even encouraged him to come home, but Ahmet says his years living in that city revealed to him the problems with extremism. “I didn’t think of myself as a strong Muslim,” he concedes, “but this caused me to distance myself from Islam even further.”

After university, Ahmet wanted to visit a pen pal who lived in Ghana, Africa. But there were no direct connections between Turkey and Ghana. Someone suggested he go to Johannesburg, South Africa, and from there travel to Ghana. Little did he know he would never make it to Ghana but would instead spend 18 years living in a city and culture he initially knew absolutely nothing about.

In South Africa, Ahmet encountered followers of Jesus for the first time. He took the initiative and asked these Christian friends to take him to church. He asked them to give him a Bible, and he read through the whole Bible over a 7-year period before making a decision to follow Jesus with his whole heart. Ahmet, a Turkish Muslim, with a heart to discover the meaning of life, living among Christian South Africans, through the truth he discovered in the Bible, embraced Jesus as the anchor for his restless soul. In all his challenges in traveling, the cultural and language adjustments, his uncertainties and restless moments, he found the peace that passes understanding and was encouraged by the promise in 1 Peter 5:7 (NIV): “Cast all your anxiety upon Him because he cares for you.”

As a new believer, Ahmet began serving with his church to reach out to others and participated in distributing Bibles to prisoners in Botswana. He then studied theology for two years. In total, Ahmet was active in showing God’s love to others through his church in South Africa for a decade, by serving in a soup kitchen, doing street outreach, and even going on outreach to neighbouring countries.

During this time, Ahmet met Martin Delange from South Africa, who was serving among Turks in France. Martin came and spoke at Ahmet’s church, where he talked about the great need for Jesus followers to reach out to the Turks in France. At Martin’s invitation, Ahmet moved to France, where he served alongside Martin and his wife for three years. In addition to speaking Turkish and English, Ahmet also learned French. “But my focus was on reaching the 1 million Turkish speakers who had yet to discover the truth of Jesus,” he emphasises. Ahmet lists highlights of his time in France, which included distributing literature in Paris with other Turkish-speaking Jesus followers, serving at family camps for Turkish speakers and participating in a Turkish Christian conference.

Although Ahmet found joy sharing God’s love with Turkish speakers in France, he still had a heart for his home province of 300,000 people with no church and no access to the gospel message. With the support of OM, he joined other Jesus followers to spend a few weeks sharing the good news in his home village. The team built relationships with people there—reading the Bible, sharing about God, praying and worshiping with those who were interested. Many of Ahmet’s family, friends and neighbours heard more about Jesus. The visiting group even started a daily Bible study with his mom and aunt. “So after these three weeks, I really felt the Lord urging me to return home,” Ahmet says.

These days, God has brought Ahmet back to his roots—and the village where he was born—to help others discover more about Jesus. Ahmet wants to form a group of local Jesus followers to study God’s Word together, to host groups wanting to experience ministry in Turkey for short periods of time and to assist Jesus followers from other countries with Turkish culture and language acquisition. A few foreigners have already immersed themselves in the language and culture by staying with his mom and other relatives.

During the coronavirus lockdown, Ahmet and his family had great fellowship and Bible studies via Zoom internet meetings with another group of Jesus followers living in the southeast. Periodically, other believers visit his province to tell stories about Jesus, pray and sing worship songs. Recently some ladies were able to share a powerful prayer and word about Jesus as the only way to heaven with Ahmet’s uncle who was dying of cancer. Later, just before he passed into eternity, the uncle trusted in Jesus as his Saviour.

Currently, Ahmet continues to live out God’s love in his province where most have never experienced it. “I’m so grateful to God for the Bible study with my aunt and mom and several other relatives several times weekly,” he shares. “Also, I’ve been able to find a vehicle and nice apartment that I hope to use as a guest house and as a meeting place for a future gathering of Jesus followers, as the Lord opens that door.” 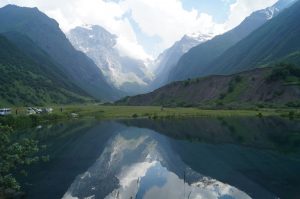 The Lord is my refuge