The world continually fails to discern the gaping chasm between “He’s a real character” and “She has real character.” Consequently, character (in the Biblical framework, a reflection of God more commonly referred to as godliness) seems to be in short supply, although its necessity, especially among God’s people, has never been greater.

What are some elements of godly character? Honesty, principles and humility can be observed in trials that bestow a key trait: authenticity—simply put, to be real or true. One might assume there is always sufficient moral polarity to give a thumbs up/thumbs down in assessing the trustworthiness of a person or his claims. Yet as individuals we can aspire to being authentic while failing to recognise the creep of compromise even in our beloved church or mission.

It’s human to appear (if not be) successful, well-liked, respected, in control. Tension arises when we put those desires ahead of reality, effectively warping truth. We can be guilty of telling half-truths that tip the balance to our favour. By speaking only of victories and not of struggles or failure, we spin one-sided stories to credit our success. Companies that engage in that often disintegrate in spectacular fashion because the truth will win out in due time. We have lots to learn from best practices of other organisations; however, as God’s children there is never a need to plaster over cracks to secure continued support. After all, the whole point in accountability is to identify problems and rectify them openly. “Fear of man will prove to be a snare, but whoever trusts in the Lord is kept safe” (Proverbs 29:25, NIV).

As one devoted to communication, I find many examples where authenticity can be tested. Do we really expect anyone, even our mothers, to believe that all we touch turns to gold? Often we tell the ‘happy ever after’ version of a story, sanitised to assure people that our ministry is a winner. That is not to deny that, in spite of our weak faith and strong egos, God is pleased to bless our endeavours. But hiding the other side of the coin, filled with struggle, doubt and old-fashioned error, fails to engage the vast majority of readers/listeners for whom life is a lot messier and unresolved. When we make it all look easy, it becomes harder for others to imagine their own abilities being useful in ministry. In this we sin against them as much as God.

Every time we communicate, there is potential to inform and inspire others for mission. Shall we not then covenant to ‘tell the truth, the whole truth and nothing but the truth’? Paul typically leads the way as our instructor: “A great door for effective work has opened to me, and there are many who oppose me” (1 Cor. 16:9, NIV). Are you finding great doors? Then include us in the celebration. Are there many (forces) that oppose you? Bring us into your confidence. Are you going through a time of testing? Tactfully admit it, for some of us might be able to help. Did you try your best but simply got something wrong? Your confession and analysis will endear us to you no matter what, for you are showing yourself to be authentic. In contrast to the Christian marketing ‘industry’ of our day, Paul said, “I will boast all the more gladly about my weaknesses, so that Christ’s power may rest on me. That is why, for Christ’s sake, I delight in weaknesses, in insults, in hardships, in persecutions, in difficulties. For when I am weak, then I am strong” (2 Cor. 12:9, NIV).

Occasionally we receive affirming feedback from partners whose hearts resonate with our candid reporting of the good and the bad. It is risky, but we need Christ’s power resting on us, and we need His strength, displayed amid our weakness. So be authentic.

Greg Kernaghan joined OM in 1978, serving on the ships Doulos and Logos until 1989, when he and his wife, Anni, moved to Finland for nine years as Eastern Europe opened. He has worked in international communications for the past 20 years, helping people to tell God stories. He lives in Canada. 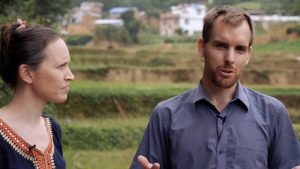 No meetings, no travels, no mission?

Other Resources by Greg Kernaghan

Database Administrator (IT) International    Go & Live    As soon as possibleReporting to the Head of the IT Infra Team in this newly created role, you will be responsible for the management and maintenance of database systems (Microsoft SQL, Azure SQL, MySQL & PostgreSQL) across our entire estate.
Full Details
Artist Connect Manager for Inspiro Arts Alliance International    Go & Live    As soon as possibleIf you love connecting people and want to play a key part in growing a flourishing, global movement of artists – then step this way.

Your part will be to ensure our alliance of artists is a beautiful, inspiring, connected community.  You will also oversee our in-house team of artist-mentors so they thrive in their respective ministries.
Full Details
International Finance Training Manager International    Go & Live    As soon as possibleWe have an urgent need for a person with broad training skills. It would be great if you have knowledge of accounting systems but this is not essential.  Someone who is passionate about finance, training and seeing people become followers of Jesus. In this key role, you will help OM around the world impact the kingdom of God by providing accountability for financial transactions and reporting. Join us and use your skills for God's glory.
Full Details
Personal Assistant for SportsLink Director International    Go & Live    As soon as possibleDo you have a passion for administration, organisation and practical logistics? Are you detail oriented and efficient in your work? If this sounds like you, you are just the person we’re looking for to help our SportsLink International Director manage his responsibilities as he leads sports ministries which build and strengthen communities of Jesus followers.
Full Details
Director of Media & Communications – Inspiro Arts Alliance International    Go & Live    As soon as possibleDo you love to communicate creatively? Experience leading a team?

Remote work possible. Would need to work where they have at least 2-3 hrs overlap with the Europe time zone.
Full Details
All Service Opportunities
All Visit Opportunities