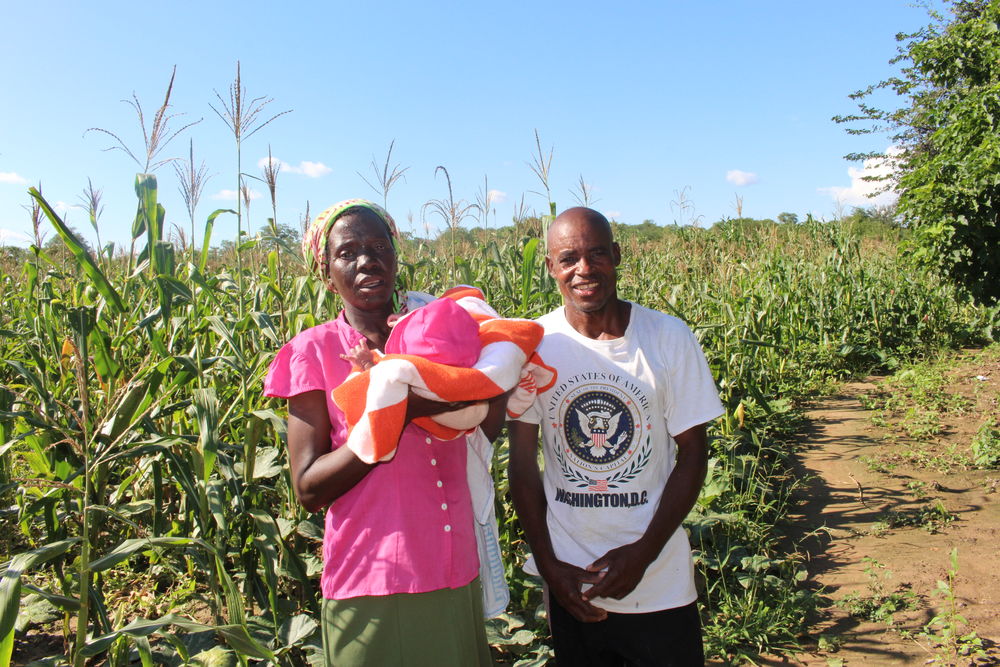 Margaret* and Stella* are two mothers who know the indignity of failing to feed their children. So, when the two women met Julius, a fellow villager who was taught a new farming method that allows him good harvests, they knew it was the breakthrough they were looking for.

“Hunger drives the hyena out of a cave,” laughed Stella, as she explained why she worked so hard and put herself at risk while pregnant. “I just wanted to feed my children,” she added.

“Hard work and early preparation is key for success in conservation farming,” explained Julius. With the help of OM, Julius and eleven others were sent to a Foundations for Farming (FfF) course, which not only introduced a new farming method but also stressed the importance of planning, working together as a family and being a good neighbour. As a good neighbour, Julius became Margaret and Stella’s mentor, teaching them the values of hard work and early planning.

As both women started working, they faced resistance from their own families and the community for ‘straying’ from the traditional farming method. Many people told them that they were wasting their time.

However, the rains fell, and both Margaret and Stella’s fields flourished. “I was happy when my husband joined me because Julius said we needed to work and plan together as a family,” Stella said.

Lush green and bearing much fruit, Margaret’s crop became the biggest and most promising in all of Siabuwa village. Inspired by the success of the first crop, Margaret and her family later expanded their field by planting millet, sorghum and maize.

Julius wants to mentor two other new families in the next cropping season and is also challenging Margaret and Stella to each mentor a family.

“The Bible teaches us that you will receive a crown if you are good to others, so I will keep teaching others.”