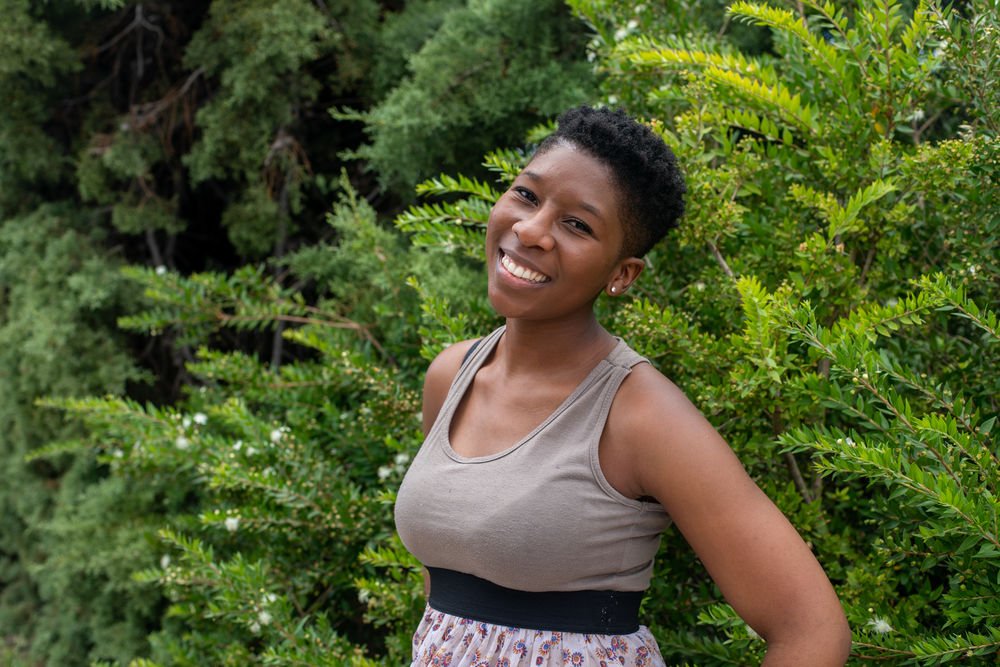 She describes herself as ‘just a girl from a township in Soweto who loves Jesus.’ Kagiso Mthethwa, 28, from South Africa joined the 9th Transform missions conference in Athens, Greece, in July. Under the theme ‘Unleashed’, close to 150 people gathered from five continents and 30 countries, for a week of training and equipping for missions. Previous locations have included Rome (Italy) and Barcelona (Spain), with the aim of being messengers of Hope to the Mediterranean region. Most of the participants went on outreaches after the conference; some in Greece, others to Albania, Romania or Turkey.

Some may come once, and return the following summers, gripped and changed by the impact of the experience. Kagiso is one such participant. A friend had told her about Transform, and in 2018 she had joined the conference in Spain and the outreach that followed. “It made such a massive impact on my life. I didn’t know what to expect but all I know is that I went; I’ve never looked back and I just had to return in 2019.”

Kagiso grew up in a Christian home. “Yet there was a time in my youth that I decided to follow Jesus in such a way that I applied His word in my everyday life rather than being a ‘Sunday Christian’. Our family has been through so many tough times, there is no way one could deny that God’s hand was in every situation.”

Kagiso, who has recently completed her BA in Industrial Organisation currently works as an intern at her local church, where she is also involved in the young adults’ ministry and the worship team. In the afternoons she is ‘tent making’ as an au pair.

However, Kagiso’s involvement in Transform came about partly as a result of being involved in a missions-minded church, where she and her family learnt and responded to the call of mission on their lives. She only discovered recently that her grandfather had been a missionary. “Transform was actually the result of a sequence of events that I believe only God could have orchestrated. I quit my secular job in 2017,out of faith that God would provide me with another.My CV had been rejected multiple times and I was at a loss with what I was going to do next. A friend of mine gave me a flyer for MMT (OM South Africa’s Mission Mobilisation Training) and I decided to go. MMT literally changed my life.Everything fell into place and suddenly it all made sense. It was time to answer my own call from God.”

Kagiso went on to share about her first summer in Spain, and how she could not forget what Rebeca Lampaya, leader of OM in Spain,had said in her country orientation: “Spain is the country where missionaries die. And it’s not a physical death. It’s a death of their will and their desire to continue as missionaries because Spain is one of the most difficult countries to share the gospel.” It shattered Kagiso’s heart, sensing the pain behind Rebeca’s words. In 2019, she returned to Transform and found it to be a confirmation that God really was calling her to Europe.

“Last year’s outreach on El Camino in Spain, sharing Christ with people walking the pilgrim route to Santiago de Compostela, was so impactful that I decided to do it again this year. I’d say that if you want to see exponential growth within your missional journey, go to Transform. But do so with the expectation that God will and needs to work within you and break your heart for what breaks His.”

“Transform has literally opened my eyes to the condition of Europe and how much it needs Jesus. I’ve learnt, to my surprise, that first world countries are often more destitute when it comes to a spiritual awareness than let’s say, African countries. One can deal with beliefs in false gods, superstition, ancestral worship and urgent need for essential resources, but Europe? Europe doesn’t even acknowledge the existence of a spiritual realm and people are comfortable and feel there is no need for a saviour. How does one speak into that space? That’s what surprised me the most: how unreached Europe is.”

God brought a young girl thousands of miles to show her that poverty of spirit can be found even in the streets of a developed area like Europe. He showed Kagiso that He can transform every willing heart who beats with a longing to know and be known by the King of Kings.

The impact of Transform continues to powerfully influence those whose lives it touches – not just this year, but in future Transforms to come. Please check the website and social media for more stories and information about the next conference and outreaches. And, most important, please pray that God will send people, maybe you, to reach the lost in Europe.  www.om.org/transform/

Personnel Administrator South Africa    Go & Live    As soon as possibleAcross OM, we have a strong need for people gifted in administration to aid ministry taking place on the mission field.

If you enjoy seeing helping people to be placed in their strategic place of involvement and if you are a recruiter or have some experience in recruiting and you are looking to use your gifting in ministry in South Africa, read more below.
Full Details
REACH South Africa (Aug 2023) South Africa    Go & Visit    12 August 2023 - 9 December 2023There are so many people all over the world that don’t know Jesus. Do you want to do something about that? We are on a mission to put a vibrant community of Jesus followers in everyone’s reach, especially where there is not already a local church present. Come join REACH in South Africa to be prepared and equipped together with other likeminded people from all over the globe to do just that. You will be trained in practical skills, challenged to grow as a disciple of Jesus, and guided to find your strategic place in world missions!
Full Details
Head of Maintenance – Training Base South Africa    Go & Live    As soon as possibleThe OM South Africa Training Base operates on a 5-hectare plot near Pretoria, Gauteng.  We need a full-time Maintenance Manager who is able to keep up with the general maintenance of buildings and land, by leading a team of local paid general workers and volunteers. This person will need a background/understanding of building maintenance and of leading a small team.
Full Details
Diaspora Hope –  the Least Reached South Africa    Go & Live    As soon as possibleCape Town is home to thousands of people of other faiths who have migrated from some of the hardest-to-reach nations in Africa, along with a local community of South Africans who have never embraced the gospel. The OM ministry team in Cape Town works to impact these unreached people right on our doorstep with the love of Jesus. We hope to see vibrant communities of Jesus followers established in these neighbourhoods. Come and join us.
Full Details
AIDSHope Team Member South Africa    Go & Live    As soon as possibleAre you young or young at heart and love to live and work within a community?

AIDSHope is in need of team members with a variety of practical skills and a passion for ministering. These ministries include outreach to those using drugs, after-school programme (primary school), youth discipleship.
Full Details
Missions Mobiliser South Africa    Go & Live    As soon as possibleThe mobilising role exists to mobilise Jesus followers to live and work among the least reached in an authentic manner. We do this by inspiring, connecting & equipping these Jesus-followers to and for God's mission.
Full Details
All Service Opportunities
All Visit Opportunities