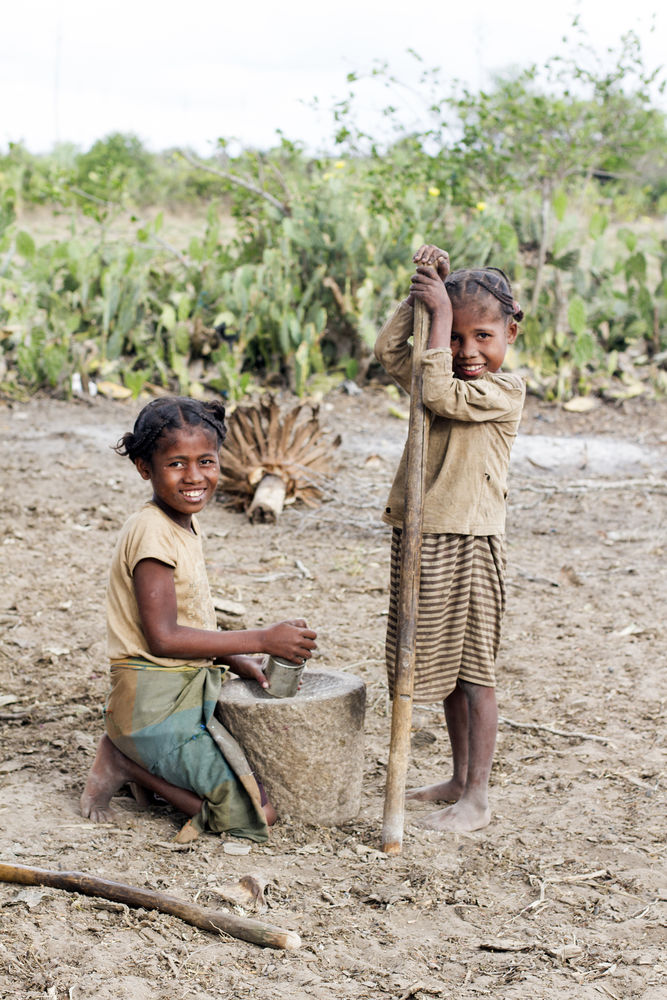 “In this culture, when the people receive something good, they keep it to themselves,” remarked Fara soon after she and fellow Jesus follower Herimanina moved to Ambovombe, Madagascar, in mid-2013.

The dry, cacti-spotted landscape of the Androy region was vastly different from Antananarivo, the island’s bustling capital, where both women grew up. Living in what is considered one of Madagascar’s least-reached and most underdeveloped areas, people from the Androy region often feel forgotten by the rest of the island. Poor road conditions make the area difficult to access, adding to the feeling of isolation, and the area is constantly in a state of drought and famine.

Despite these challenges, the women intentionally chose to move to the region—Herimanina to empower vulnerable women through skills training and Fara to mobilise the local church. Though there are a few churches in the area, it is common for people to combine animism and ancestral worship with Christianity, explained Hanitra, the leader of the OM team in Madagascar, who regularly visits the south. People attend church on Sunday and visit the witch doctor during the week.

The OM team has worked to share the love of Christ through word and deeds with everyone they encounter in the Androy region. They built up trust and credibility through activities such as kids club, Bible studies, missions training, church mobilisation, outreaches to surrounding villages, relief and development projects and simply living in the community. When asked to share the gospel in the village of a friend’s family, they readily agreed. Holding Bible study under a tree, the women shared the good news of Jesus with the people gathered. Seeing their thirst for Scripture, the team began making the trek regularly. Over the following weeks and months, people responded to the gospel message and gave their lives to Christ! Instead of keeping the good news to themselves as was the cultural norm, the new believers were eager to go and share about the transformation they had experienced through Christ with their neighbours.

From village to village

Hanitra remarked that “everything is based on relationships,” which is why it worked well for new believers in the Androy region to reach out to villages where they already had established relationships. Conversely, when the good news was brought by “an outsider, there was more resistance towards the gospel,” she added. Despite being from the same country, the OM team were considered ‘outsiders’ in the region. “Madagascar is a big island—the fourth largest island in the world. We have 18 people groups,” shared Hanitra. “We speak Malagasy as the official language, but each group has their dialects, and the south is the most difficult dialect. Sometimes we, as people from the capital, need to be translated when we reach out to people here.”

After receiving the gospel, new Jesus followers from the first village began a Bible study in another village, encouraging people there to reach out to another community, and so on. With multiplication in each group’s DNA, 42 new villages were reached with the gospel in 2021 alone. “It’s amazing to know that the harvest is ready,” Hanitra said. “People are just waiting to hear the name of Jesus. And then when they hear the name of Jesus, and they believe in it, something happens in their lives.”

The team has witnessed and heard about people being healed from their ailments, throwing away idols and being set free from different bondages. “It’s amazing, really,” described Hanitra. “God is amazing.”

When a new Bible study begins, group leaders are encouraged to identify a ‘faithful person’ among the participants. This person is someone who shows interest in Scripture and will be a champion for the group to the community, among other things. They are invested in by the leader and equipped to invest in others.

“We are always modelling everything that we teach, that we discover in the Bible study. …Modelling it so that they can see in our lives what we train them to do. That’s discipleship,” added Hanitra.

After nearly ten years of equipping and empowering local believers to share their faith, the OM team is now leaving the south, having handed over responsibilities to local leaders. “Local leadership is key and vital for the movement to continue,” Hanitra emphasised. “Because locals are the people who know the area, the people and the context.” As Herimanina and Fara head back to the capital, they expect the Bible study groups in the Androy region to continue to meet and multiply.

“We handed over leadership when we saw people embracing the vision, developing their character and certain skills, but especially we felt that we do not need to control everything,” explained Hanitra.

The transition was gradual. First, the OM team established “a structure to decentralise all of the responsibilities; from finance, vision, training—everything,” Hanitra said. Potential leaders were trained step-by-step “following the Modelling, Assist, Watch, Leave (MAWL) process as Jesus did. First, we modelled, then asked them to assist the team in what we were doing, then gave them more and more responsibility and watched them; checking in with how they were doing. And then we left.” Though OM team members have left the region, they continue to equip, empower and support local leadership.

“It is important that local leaders have a sense of ownership of the ministry—it gives them the confidence to take initiative, make decisions and strategically plan within their context. They put up structures and systems more relevant to the growth of the work in their specific context.”

In 2013 the ministry in Ambovombe began with two women. Over the years, the team grew and expanded its reach as local believers came to Christ and eagerly went to the next village to share the good news. “Now, it’s local people who are carrying on the vision; we are just coaching and mentoring them,” said Hanitra. “They can carry on. They are embracing the vision to see communities of Jesus followers in every village in Androy.”