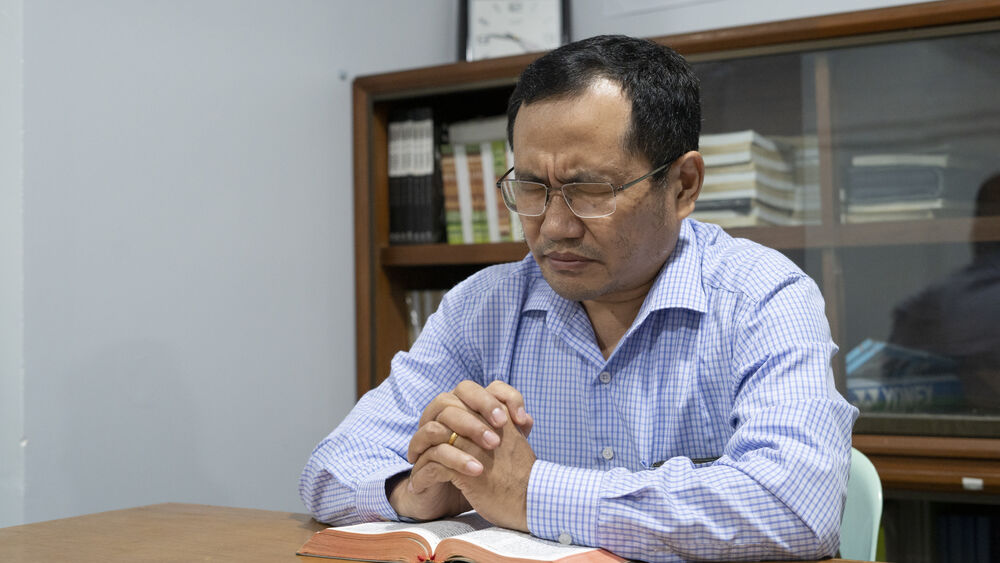 “Over 100 years ago, our forefathers [in Myanmar] received the good news from western missionaries. Now, there are many churches in my state, but some people are just traditional Christians –– they do things in the traditional way that the first missionaries taught them,” said Simon*. “Looking at a nation level, there are still many unreached people groups in Myanmar. Even though many of them don’t live very far from big cities, they have not heard of Jesus. And many more in remote places have never heard of Him either. So, we are sending teams out to take the message of Jesus.”

For the past two years, Simon has built up, trained and provided direction for church planting work in Myanmar. He is passionate about sharing the gospel with others and excited to get involved in this ministry to bring change to his country. “Jesus’ mandate to go and make disciples in all nations is our foundation,” Simon explained. He helps to facilitate training for other believers who share OM’s vision for all to know Christ’s love. “Most of our [partners] actually already have some kind of theology training from a bible college, but our training is somehow very different. We study the Bible together and look at how Jesus trained His disciples –– and we share about the unreached in our country.”

Born into a third-generation Christian family in Myanmar, Simon’s parents took him to church and taught him to study God’s Word. “In my state, we say that almost 96% of the population are Christian. But for many it is tradition,” Simon shared. “When the missionaries came, the ethnic people groups were very receptive to the gospel.” Yet around the age of 20, Simon struggled with doubts and questions surrounding his faith; dissatisfied with it being merely a tradition.

“I was not sure if I would go to heaven, but I prayed that God would give me a new assurance in my heart about salvation,” Simon recalled. “Then John 1:12 came to me, that those who receive Him, to them is given the power to become sons of God; and it gave me assurance that I had received Jesus as my Saviour.” From that experience, Simon’s passion for sharing God’s love and truth with others grew. Challenges and hardships on his family, forced him to postpone working in fulltime ministry and to find employment with the government for five years instead. It was only then that he was able to pursue a Master of Divinity at a bible college in Myanmar and then later, a Master of Theology at a school in Seoul, South Korea before returning home to work as an associate pastor at a church in Yangon.

While Simon enjoyed ministering in the church, he longed to be more involved in reaching out to those who had never heard the gospel. “There are churches in some places, but there are still so many unreached places with people who have never heard about Jesus,” Simon shared. Through his wife, who served with OM in a kindergarten ministry for several years, Simon learnt about OM’s focus to share the gospel in unreached communities, and the need for a leader of this ministry. “What interested me most about [OM’s] work was their vision to bring the gospel to people for the first time,” explained Simon. “And that is very valuable.”

Reaching out to others

Currently, OM has 14 partners in Myanmar who have participated in several training events over the past two years and are living in remote communities made up of mainly practising Buddhists. “People in Myanmar are very religious in their following of Buddhism. It is a common thing for people to search for something higher than them,” Simon said. “So when our [partners] introduce Jesus, for some people this is new, and some receive it as good news. Others just say: “Oh yes”, but they only say ‘yes’ –– they don’t believe yet. It is actually difficult for them to accept Jesus.”

These church planting partners in Myanmar are simply a grassroots movement; meaning they do not form church denominations or build buildings. “Some [partners] have joined us after doing missionary work for many years, but what is interesting is that God is at work through them because we see new believers from Buddhist backgrounds, accepting Jesus,” said Simon. One partner baptised five people near the end of 2020. He had shared the gospel in his community and neighbourhood, and when people expressed more interest, followed up with them; visiting their homes and sharing more stories about Jesus.

“It takes a long time because Buddhism has been embedded in their way of life and tradition,” Simon explained. “But if God is doing something in their hearts, if God is changing them, then after hearing about Him a few times, then some people want to believe and receive joy.” Simon and the other church planters have also seen the importance of storytelling in their work: that people will listen to stories about creation, Christmas and Jesus and receive it with open ears and hearts. “Historically Buddhist people think that Christians are unfaithful to our government because Buddhism is the national religion,” Simon shared. “But stories are attractive. People are excited to listen to stories and often believe that stories from the past are important.”

This hope of sharing Jesus to those who don’t know Him or have misunderstood His message is what motivates Simon to equip more people in Myanmar with the skills and vision to share Christ’s love where it is not yet known. Simon continues to look for more local partners, to equip those partnering with OM’s vision and to obey God’s leading about where new teams could be placed.

“I think people [in the church] need to better understand what Jesus intended for His disciples –– that we are not only meant to stay inside a church but are meant to go out and make disciples of others,” said Simon. “I have been encouraged that our [partners] who sometimes struggle to feed their own families, will still share what they have with others… Our faith needs to be practical.” 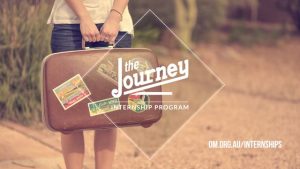