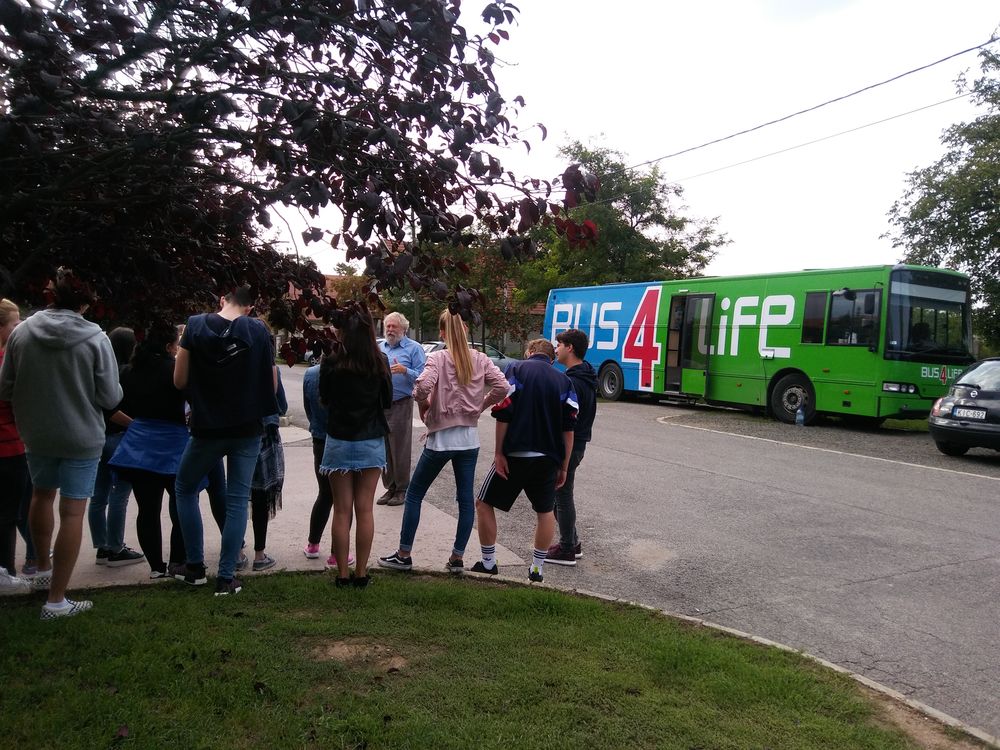 In early 2017, OM’s Bus4Life ministry had to cancel one of its week-long outreaches. There had been talks about offering the bus to a Hungarian pro-life organisation, Shout for Life, to be used in their ministry. With the cancelled outreach, the offer was on the table again, and Shout for Life decided to go for it.

During that first week with Shout for Life, Bus4Life visited ten schools in six different towns around the Budapest area. A total of 1,500 students climbed on board the bus and were introduced to foetal development and pregnancy through an exhibition that had been built inside the bus.

Since then, OM has done three other outreaches with Shout for Life, all of them with Bus4Life. Altogether, more than 5,000 young students have been challenged to consider the value of the unborn. Some schools have allowed the gospel to be shared too.

The latest outreach took place in September 2018 when Bus4Life visited several schools in the greater Budapest area. Students were invited to the bus in groups of 15-20. They were given time to look at the exhibition, and they watched three short videos about dating, pregnancy and abortion. The main focus was on conversation.

“We want the students to understand that they are unique and that God created them,” OM’s Istvan Horvath says. “We talked about God’s plan for their lives, about dating and marriage, and how you can prepare for a good marriage. We discussed the way media portrays sexuality, and how that contradicts God’s plan for sex.”

One teacher went to the school headmaster after the Bus4Life visit, asking for permission to skip a math class in order to continue the conversation with the students. She had noticed that the students were quite moved by what they had learnt inside the bus and wanted to take the opportunity to discuss the topic further.

The number of abortions performed in Hungary has decreased dramatically in the recent years. In 2017; there were 28,496 abortions – compared with 59,249 just 17 years earlier in 2000. The difference is further highlighted when comparing today’s numbers to the late 1960’s when abortions first became “popular”. In 1969, the record year, there were 206,817 abortions – nearly 570 each day.* The statistical trend is positive, and the change is partly due to a shift in government policies that seek to strengthen families and encourage couples to have children. But credit must be given to Christian organisations, too, particularly in their efforts to inform and educate the Hungarian youth about abortion.