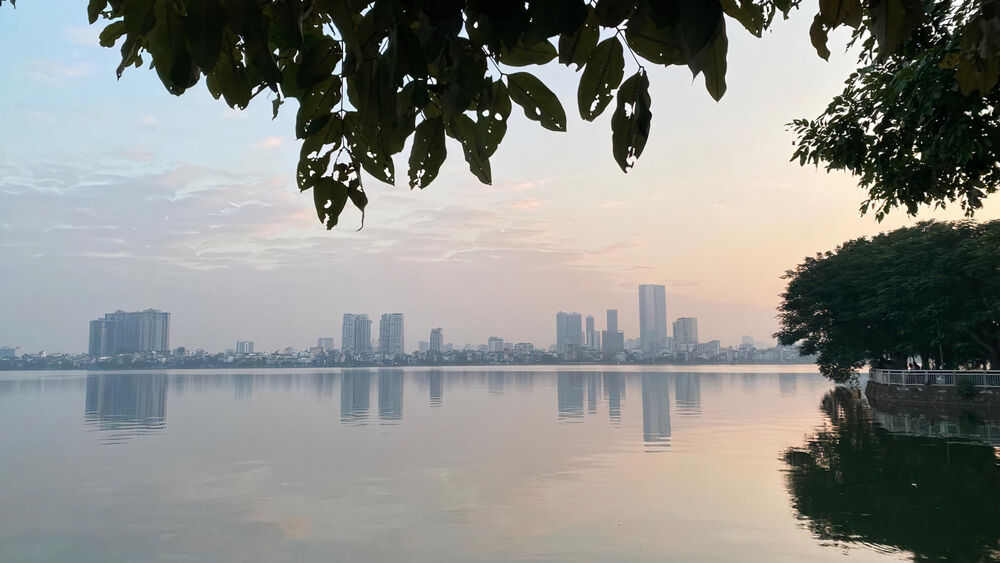 As one of six siblings in his family, Paulo grew up constantly connected to others. “I love sharing and talking to people, listening to other people’s experiences and being a part of their lives,” he says. “That connection somehow brings me closer to God as well. It’s just the way I was built.”

Paulo, a software developer, recognises that his unique, God-given S.H.A.P.E. (spiritual gifts, heart/passions, abilities, personality and experiences) includes his natural ability to connect with people as well as his care and compassion for those who have never heard of God’s love. It also encompasses his propensity for numbers and computer science. Whether writing code, assigning functions or finding bugs, every aspect of the binary world in which Paulo works energises him, evidence of the passion and abilities God instilled in him.

Those things were already true as Paulo, originally from Angola, studied and started his first job as a software developer in Namibia. There, a guest presentation at his church reminded Paulo of his own desire to combine his professional experience with his heart for the gospel. “I wanted to work, but I also wanted to do ministry somehow and also wanted to work for the Kingdom,” he shares.

He applied for another job in Canada, but the visa fell through. Returning home to Angola, Paulo prayed about his next steps. Then, a coach from Scatter Global, an OM partner organisation, reached out to Paulo and connected him to a recruiting partner, who ultimately found him his current job as a software developer in Southeast Asia.

“Southeast Asia was one of the last countries I was ever thinking of coming to,” he laughs. In fact, when he first accepted his job, which is with an Australian company, he thought he was moving to Australia. However, he quickly realised that the company was actually hiring him as a remote software developer for their offshore office in Southeast Asia.

Shaped for a purpose

Because of the pandemic, Paulo started his job months before he could relocate. Through the process, “Scatter has been awesome,” he says, mentioning their constant prayers, update calls and concern for his well-being. Though he wasn’t expecting to end up in Southeast Asia, Paulo says he sees God working through his move. And, eight months in, he loves his new location.

“God made me a software developer to change the world in ways that some people can't,” Paulo recognises. “He's shaped me to be in this specific place doing this thing for the expression of His Kingdom to make His Word known.”

Professionally, that change comes in two ways, he explains. First, when some of his colleagues find out about his faith, they expect him to produce sub-par results. However, his work ethic and excellent output earn him respect and the ability to speak into their lives. Secondly, the software he develops directly impacts the way people live and do business.

“God is perfect. Being a software developer, I also always try to do my best. This is how I show God’s grace and make God known because of His perfection and who God is and the things we can accomplish,” he says.

Though his job is remote, Paulo doesn’t let distance or cultural unfamiliarity stop him from creating new connections and changing people’s lives.

Since he’s the only representative of his company in Southeast Asia, Paulo shares office space with two members of the Scatter community—other Jesus followers who helped him initially adjust to life in Southeast Asia and continue to form part of the community that allows him to thrive in country. Each person spends their days logged into their computers working for their respective companies, but they also take time to pray together and share their experiences with each other. Their diverse cultural backgrounds also cause a lot of “good fights,” Paulo jokes. “It’s so awesome when we see that God actually works in different ways… I have been learning a lot from the guys, and I know they also have been learning a lot from me.”

Outside of the office, Paulo continues to connect with his Australian colleagues as well. “Even after working hours, we message each other through Facebook and talk about things not related to work,” he says. Besides the casual conversations and exchange of memes, he also talks about leaving his family and living overseas. “We share stories, and they’re somehow inspired by what I’m doing here.”

Being based in a Buddhist country, Paulo has strategic opportunities to share God’s love in a place where most of the population have never heard the gospel. A self-proclaimed lover of computers and technology, he naturally turned to social media networks to create groups geared towards his other interests, including skating, biking, hiking and camping.

Skating, in particular, has given him access to two distinct demographics: other expats and local teens. In Southeast Asia, children are taught to respect their elders, so as soon as they find out his age, the teens automatically see Paulo as an authority figure with something to teach them. Recently, one of the teen skaters told Paulo his parents were getting divorced. “He told me how he was feeling, and then we prayed together,” Paulo shares. “He doesn’t know what the prayer is doing, but that’s the reason I created the group and put the kids together.”

As he engages with his different groups, sharing his life and his faith, Paulo sees God working because “people keep coming.”

Though he’s intentional about spending time with people and listening to them, he doesn’t see the connections he creates as anything extraordinary. “I just see it as me doing what God created me to do,” he emphasises. “I like to do those things, so I do it.”