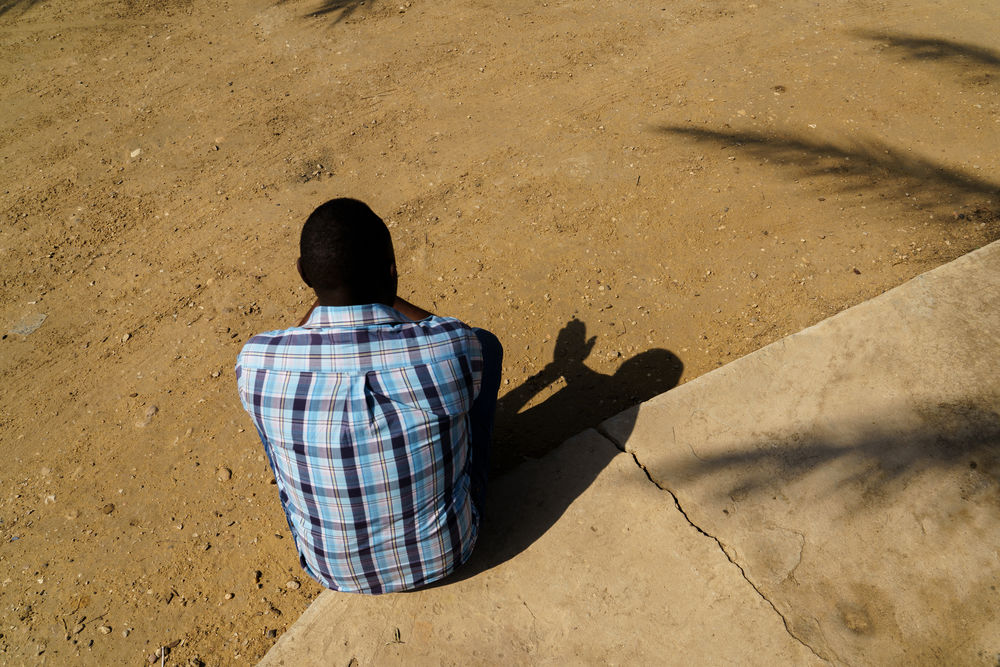 When Amid* became a believer as a teenager and started university soon after, God gave him a strong desire to work with the Muslims in his largely Islamic North African country. During his time in university, he visited the “Floating Book Exhibition” which was a ship that sailed through the Nile River. When it came to Amid’s country, he was fascinated by the power of book ministry—both onboard the ship and what the mission organisation was doing in other parts of his country. Amid started volunteering with the local mission team throughout his time at university. Upon graduation, he went fulltime with the mission team and continued the book ministry in different parts of his country.

As political and religious instability escalated in Amid’s country, most of the Christian community fled to one region, and many other local believers left the country. Amid and the rest of the local mission team were among the few believers who stayed in the region with most of the Muslims. “Since we couldn’t do ministry as we did before, we decided to focus on the remaining Christian youths and train them to evangelise,” he explained.

After four years of serving in his country, Amid joined Doulos for one year. During this time, he heard about Missions Discipleship Training (MDT) in South Africa and felt that this was something he could tailor and use in his country. “I want to use the MDT to raise local leaders in my country to be missionaries,” said Amid. Returning from the ship, Amid got married and went to South Africa for MDT. When he returned home, he and his team successfully held three trainings in three years in with young local believers.

However, the national churches had never heard about taking ownership of church planting and discipleship, which made it difficult for them to accept the idea and even want to reach out to Muslims, Amid’s wife Mariam* explained. “It’s important to raise up local believers who can disciple others and plant churches so the gospel can take root,” she noted. However, after three years of running the six-month MDT, further political pressure caused the ministry to cease as local and foreign missionaries were being arrested or kicked out of the country.

Being the leader of the local mission team, Amid was sought after by the police, as team members were questioned about his whereabouts. “My wife and I decided to leave and spend time in a neighbouring country until things died down with the hope of returning to continue our work. However, we received word from my parents that their life was threatened by the police and they thought it best not for us to return,” recalled Amid.

Seeking the necessary paperwork to receive refugee status and migrate to the West, Amid, his wife and newborn baby went to another neighbouring country in North Africa. Whilst they planned on staying only one week in that new country and then flying to a western country, God had different plans. Six-and-a-half years later, Amid and his family are still in North Africa waiting to leave. “I realised God wanted me to continue serving Him here in North Africa,” noted Amid.

Furthermore, he discovered a large number of refugees from his home country in this neighbouring North African country. As the majority of them were Muslims, it provided new opportunities for Amid to reach his people once again. “The vision I had to reach my people was now being revived as I can share the love of Jesus with them in a country where we are all refugees,” he noted.

At first, Amid focused on church planting among the refugees but soon realised he still wanted to reach those who were in his home country. “There are eighteen districts in my home country, and I want to continue training local believers to reach all those districts,” explained Amid.

Soon enough, Amid made connections with young believers in his home country and invited them to travel to his location in the neighbouring country to receive six months of training. Once they completed the training, they returned home to disciple believers and plant new churches among Muslims.

John*, a believer from Amid’s country, became one of the lead persons to promote the training in their local churches after he completed the six months training himself. John noted how important it was to teach believers to reach out to Muslims in a Muslim majority nation. “In my country, there is not a strong relationship between Muslims and believers. We stay far from each other and don’t dare to share Jesus with them,” he explained.

John grew up in a Christian home and always had a desire to disciple believers in his church. “I realised I needed to learn more about the Bible to disciple others. This was the main reason why I joined Amid’s training programme,” explained John.

During the training, he realised the huge privilege and opportunity he had to teach the Bible to believers and also reach out to Muslims in his own country, especially since his village was mainly Islamic.

John’s new passion to love Muslims has led him to become the main recruiter for Amid’s training in their home country; going to different churches to promote the training and encourage believers to love and minister to their Muslim neighbours. As a tentmaker, John uses his job as a builder to reach out to Muslims when he goes to their homes to work.

He also agreed that in their home country, most believers are reluctant to share the gospel because there is a huge fear of the government and ignorance of how to minister to Muslims. Another challenge to church planting is finding a place to worship. Only churches that are established for decades can have services within church buildings, but people are afraid to go to church, especially Muslim background believers. “We have to rent houses under someone else’s name to have somewhere to meet for church,” explained John.

Emad*, another team leader, who is also from the same country as John and Amid, highlighted the fact that in light of the government church restrictions, house churches are more effective for discipleship and security. “When we start a church and disciple new believers, we do it in small groups, in private places. This way is safer for Muslim background believers, and you can disciple them better in small groups,” he said.

Emad grew up in a Christian family and also had a desire to share the gospel in his country. He first met with Amid and joined his training while they were both still serving in their home country. After the training, he started doing more ministry to reach out to others in different districts. Amid asked Emad to join the mission team as a leader; then Emad started helping out in the Christian bookshop.

Emad was among some of the team members who were arrested and interrogated when political upheaval forced Christians out of the nation. After a few years, Emad also fled to the same neighbouring country as Amid and reconnected with his old team leader. “My passion to reach out to Muslims continued, and I started leading the relief work and worked with Amid in the training programme in this neighbouring country,” said Emad.

Currently, Amid and his team have trained 50 national believers who are serving in sixteen of the eighteen districts in their home country. They hope to not only send workers to the remaining districts but also to raise up additional workers in the districts where there are only one or two people serving.

Please pray for Amid and his team to continue seeking God for wisdom as they serve in North Africa. Pray for more local believers from Amid’s home country to have a growing passion to reach their Muslim neighbours. Pray for Muslim background believers to keep strong in the faith in the midst of persecution and for wisdom as they share their faith.

No Turning Back (George Verwer)

Short term and long term opportunities are available.
Full Details
Amazing Race Outreach Adventure North Africa    Go & Visit    19 July 2021 - 30 July 2021Interacting with the locals with creative ways and sharing the Good News through friendship. (Optional extension available)
Full Details
Restoring Hope – Medical Outreach North Africa    Go & Visit    19 July 2021 - 30 July 2021The purpose of this outreach is providing prayer, educational, spiritual and medical support for the refugee children and their families.The days of the outreach can be extended upon request.
Full Details
PLOT: Preparing for Long Term Orientation & Training North Africa    Go & Live    As soon as possibleBe part of God’s PLOT with hands-on orientation and training to prepare for long-term ministry. You will support and contribute to the work of long-termers while studying language (local Arabic dialect), learning culture, and developing your own ministry and residency platform. You will also be able to travel and see what life is like around the country.  The aim is to learn, be exposed to many different experiences and discover how YOU can make a difference here, long-term, sharing the Gospel!
Full Details
Field Personnel Officer North Africa    Go & Live    As soon as possibleWe are looking for an individual to provide leadership for both expatriate and local personnel to be a part of the following:

-Oversee the on-boarding process of both expatriate and local personnel.

-Maintain adequate staffing levels to ensure the organization can carry out its work effectively.

-Provide a welcoming environment for newcomers.