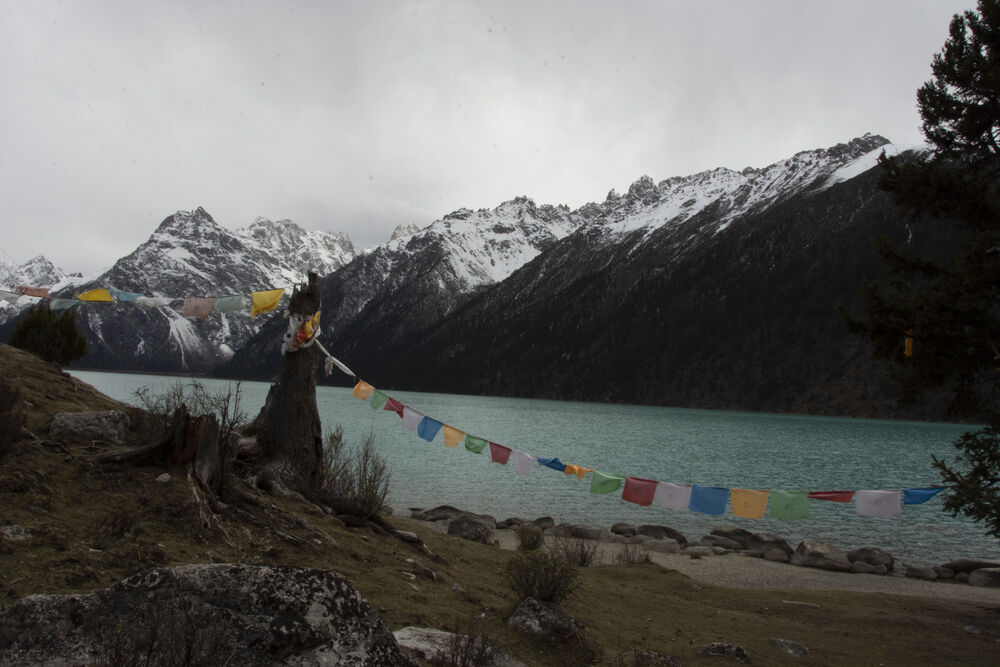 Silke* (Europe) remembered how family surrounded her ill father with prayer before he passed away. “I saw how we prayed a lot for him; but what about all the people who don’t know a Jesus follower? Who nobody has enough love to pray for?” she wondered. A desire to make Christ known in places where there are few believers was born.

In her mid-20s, Silke joined a short-term outreach to Finland with OM doing street evangelism, miming and other activities to share the good news. “I came back, and it was very clear my job was to pray and give, and not to go,” said Silke. “What we did during the outreach was far from my giftings!”

Silke continued to receive the OM newsletter from her home country as she worked in different graphic design jobs. A few years later, she noticed that the OM office needed someone to do public relations. She thought: “Okay; that’s okay. My home country I can do,” and applied for the role. Over the next three years, as Silke worked in the office, she learnt about a small team translating the New Testament into the local language of a Buddhist people group in the Himalayas. Silke’s graphic design background was a much-needed skill in the team, and after much prayer, she set off for the mountains.

For the majority of her time in the Himalayas, Silke was a student, learning two new languages along with the local culture. Meeting people was no obstacle, as language classes, as well as daily life, provided interactions that spurred and encouraged friendships. Silke spent “lots of time just hanging out with friends, talking with them, drinking tea and trying to be a good friend.”

Additionally, Silke designed and created the layout of various Gospels as they were translated and printed, tracts and other materials produced in the local language. The Christian literature created by the team seeks to encourage and nurture new believers as they grow in their faith in addition to reaching those seeking Christ.

Being a foreigner, local people automatically assumed Silke was a Christian and asked her questions about her background. Once, Silke tried to explain something from the Bible to a friend by making a comparison between Christianity and Buddhism. “My friend told me: ‘Oh, I don’t know anything about Buddhism,’” said Silke. “She was a practising Buddhist, but she never tried to study and sort it out.”

Many conversations Silke had with friends centred around how, and if, they as people mattered. Culturally, women are seen as less important than men, “but they have this feeling inside that that is not true,” shared Silke. Though life may teach them that there is no point or purpose, “there is this sense in humans that you matter.” In situations like these, Silke encouraged the women and assured them that they do indeed matter—especially to their Father in heaven.

‘We cannot do that’

The road is not easy for those who accept Christ as their Saviour. “The decision to become a Christian is seen by others as a voluntarily cutting off from everything they came from,” Silke explained. “Religion is intertwined with so many cultural things you do all the time. You’re totally socially out if you’re not doing them; and then, of course, for the family, it would be such a shame for a family member to become a Christian.”

Jesus’ sacrifice deeply moved one young woman who watched The Jesus Film. Silke saw that she was convicted by the message, yet the woman held back, saying that people from her culture do not become Christians. Having seen “Jesus knock on people’s hearts,” Silke wonders if people keep their decision to follow Christ a secret in order not to shame their family or cause problems.

Sharing Christ’s love in the Himalayas amongst the least reached takes time and dedication but “I think we, as Jesus followers, need to go to the least reached and share the gospel because it needs to be obvious that there is a possibility that life could be different,” said Silke. “If nobody shares, it’s not obvious… We should declare the glory of God.”

Should she stay or should she go was often a question Silke wondered over the years, but she realised ultimately the question was: Am I willing to follow Jesus unconditionally or not? Today, she is back in her home country, using her graphic design skills to create literature that declares the glory of God.