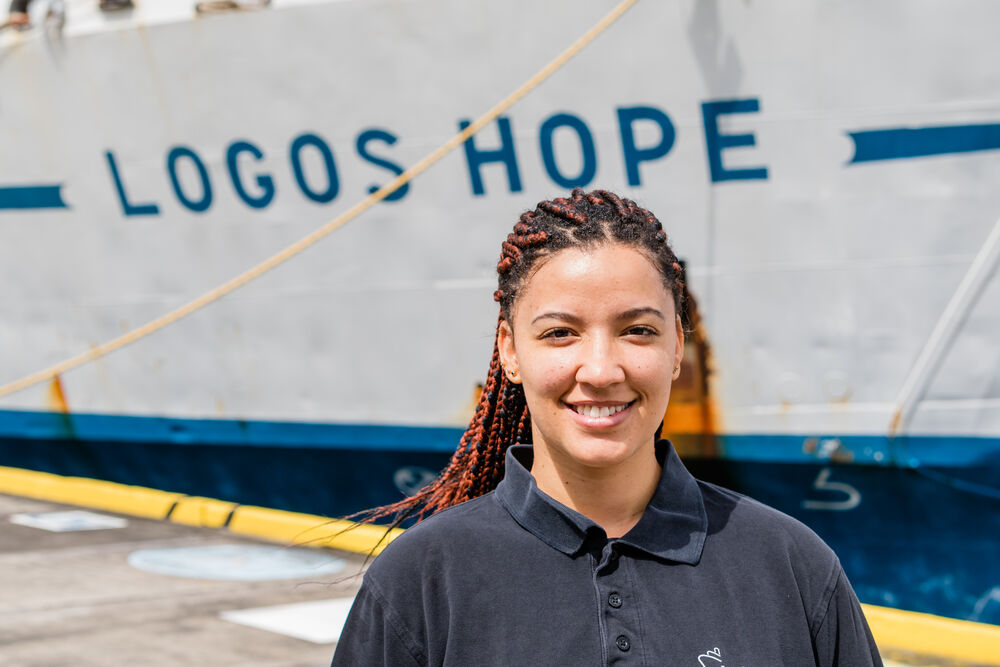 Delysia de Koe (Namibia) was raised by her grandparents. Personal faith did not feature until a friend brought her to a youth dance group. Little did 13-year-old Delysia know that dancing was not the main purpose of the girls’ club. It was run by a couple who led a church, and they discussed Jesus and the Bible with the group. Attending the church and visiting the couple’s home, Delysia came to believe in God for herself. She says: “The way they lived out their faith made me always want to be around them. Looking back, I realise that they discipled me and showed me how to walk with Jesus daily.”

Circumstances caused Delysia to move around a lot. The upheaval meant her faith was neglected at times, as she was swayed by how her new friends were acting. Now she reflects: “Whenever I felt alone or was just somewhere on my own, my mind and my heart would return to Jesus; I always knew He was holding on to me.”

Delysia felt far away from God and had no personal relationship with Him when OM's ship Logos Hope came to Namibia in 2016. Unexpectedly, her family suggested they visit the ship’s bookfair.

Once on board, Delysia couldn’t take her eyes off the volunteers. She says: “I didn’t pay attention to the books at all. All I could look at was the people working there, serving the Lord. It was then that I realised this was what I had to do. I had to commit my life to God at that moment and serve Him full-time!”

She applied for REACH (formerly Mission Discipleship Training) through OM in Africa and resigned her job at a bank on the same day. She says: “It was a huge amount of money that I would need to raise, but I reminded myself that if it was God’s will, He would provide. And He did – I got all the money I needed, as my church supported me fully.”

The REACH course was a new beginning for Delysia’s relationship with God. She says: “I didn’t grow up with my biological dad and first met him when I was 18 years old, so for the first time in my life I experienced fatherly love – through God. He provided in many ways.”

Delysia spent the next three years serving God in India, South Africa and her home country, Namibia. But she says: “I realised that I was living in my own bubble, focussing on my own relationship with God. There are people who don’t even know that Jesus came to earth once, and I was waiting for Him to come back for the second time!”

God had been preparing her for what would come next. “What needed to happen before I stepped into my ship season was building a strong relationship and devotion to Him, shaping my character, and, most of all, understanding how God loves me as a Father and that He is the One who provides for all my needs,” she explains.

Not all plain sailing

Delysia joined Logos Hope in February 2020, in Montego Bay, Jamaica. Within weeks, the vessel had to close to the public and enter lockdown as a precaution against the coronavirus pandemic. The 26-year-old says: “As the months went by without the possibility of talking to people on shore, my excitement to serve turned to a negative attitude, and I ended up frustrated. But God gave me promises and assured me that everything would be for my good. One was from Isaiah 54:10 (NIV): ‘“Though the mountains be shaken and the hills be removed, yet my unfailing love for you will not be shaken, nor my covenant of peace be removed,” says the Lord, who has compassion on you.’ I had to decide if I wanted to give up or persevere.”

Delysia chose to trust in the Bible’s promises and was willing to be used according to God’s plan. She became more intentional in her friendships with fellow crewmembers, began to mentor other young women, and started a dance group – using the medium that first drew her to Christians as an outreach tool her shipmates could learn.

Life on board in the last year has been varied, with Delysia moving from being a shift leader in the café to getting up at 05:00 to wash dishes and chop vegetables in the ship’s kitchen. She also worked as storekeeper before moving to a role coordinating community projects for crew when they go on shore again.

“God has been growing me in each of these positions. Now, my role is less focussed on the community inside the ship. It has broadened my horizon as I look outside, to connect and plan how we can send teams to serve people in the port city and beyond.”

Now Logos Hope has returned to Kingstown, Saint Vincent and the Grenadines, to work alongside partners as the main island recovers after volcanic eruptions. “We are sending crew to the temporary shelters to do activities with people who had to leave their homes in the ‘red zone’ around the volcano. We’re supporting those running the shelters, cooking, bringing donated clothing and hygiene supplies, and having Sunday church services there. It’s important to share hope with people who are looking for something to hold on to,” says Delysia, who also doesn’t mind donning her mask and getting her hands dirty: “I’m on a team cleaning up the ash that rained down and connecting with people. I’m excited to do physical work and make a difference.”

Delysia’s mission service has had an impact on her family, who aren’t yet believers. “At first, they couldn’t grasp that I wanted to volunteer for God instead of a job. It has shown them that God is alive within me as I trust Him, and now I know they are extremely proud of me having this faith, being here to help people and growing so much.”

As for her future, Delysia feels called to minister to women and recognises that her mentoring experience on board Logos Hope has been preparing her for future service. She plans to return to Namibia later this year. 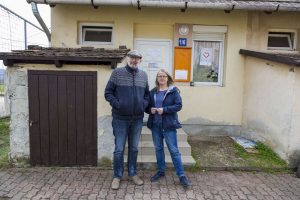 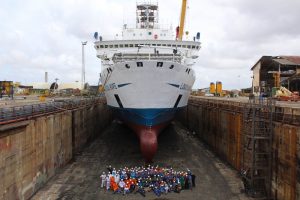 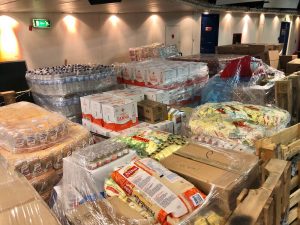 Doulos Hope: 1 or 2 years on Doulos Hope! Get on Board! Ships    Go & Live    February 2023OM Ships International (OMSI) is a faith mission funded through gifts and revenue from the bookfair on board. All crew and staff serve as volunteers who raise their own support.