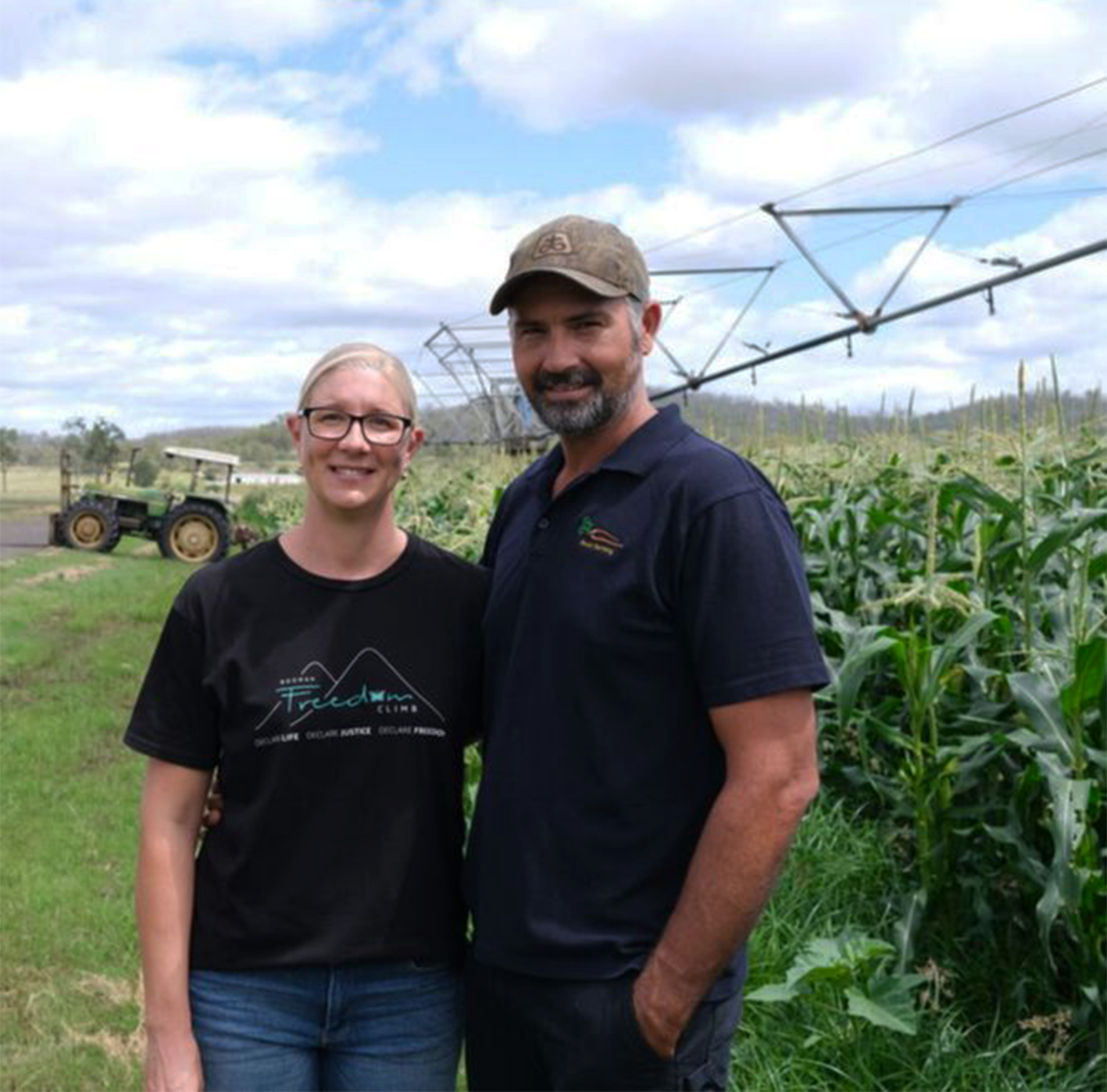 They love life on their carrot farm in Queensland, Australia. But for Mick and Tracey Rieck, there’s more than running a business and enjoying their beautiful environment. Their love for Jesus makes them invest time and money in the care of women and children at risk in a place far from their home.

“Our kids hardly noticed we were in a lockdown,” said Tracey Rieck, laughingly. She and her husband Mick have two children, Charlotte (12) and Jackson (11), who are used to biking around their Kalbar crop farm in Queensland, Australia, and playing outside all day. “We had to make them aware that there were actually children locked up in apartments in the city without any backyard”, Tracey added. “We are so lucky to live here. And, thankfully, the corona crisis hasn’t affected our business much so far.”

The high school sweethearts grew up in rural Queensland, both in Christian families. Tracey’s grandparents were dairy farmers; Mick grew up on the carrot farm they now run themselves. Mick was only 18 years old when he suddenly had to take over the business, due to his parents’ divorce. “That was a tough stretch,” Mick recalled. “Tracey and I had a very difficult time, taking over the farm at such a young age without the help of my father. One day I cried out to God: ‘I need a dad!’ And then I ran into Robert.”

Their friends Robert and Vicky Hinrichsen, also crop farmers in the area, had just come back from a trip with OM to India and shared with the Riecks about the need they had seen there. That made a deep impact on the couple. “We realised: we might be struggling here, but there are other people elsewhere in the world struggling a lot more than us,” shared Tracey. “We could also see the purpose. We went through something tough so that we could share with others who are going through very tough situations.”

The Riecks and Hinrichsens got very passionate about the work OM is doing amongst women and children at risk in both India and Cambodia. “Vicky and I started thinking: there must be something we can do, even though we’re not there,” Tracey remembered.

Looking at a nearby mountain called Mount Edwards, they decided to get involved in OM’s Freedom Climb (later renamed Freedom Challenge), a project aimed at freeing women and children from oppression and slavery, and organise a fundraising climb for the first time in 2016. It was a very purposeful experience for the women to challenge themselves – and many others with them –  by climbing a mountain for someone else going through a very difficult struggle every day.

The following years they organised the climb again, with between 100 and 160 participants each year who all raised funds for OM’s Project Freedom in Cambodia. In 2017, Tracey and Vicky travelled to the country together, to see first-hand the huge need of women and children who were victims of human trafficking and other forms of oppression.

Tracey was impressed by the setup of the project. “They don’t just have a blanket approach and put up a building for women and children in need there,” she shared. “I really like how personalised the coaching and support is. Different people have different needs, and this project provides customised care.”

Early on in their relationship, it took both Mick and Tracey quite a while before they fully committed their lives to Jesus. “We grew up in Christian-based families but didn’t want to be piggybacking on our parents,” said Mick. “At some point we realised we wanted a bit more.”

Tracey’s involvement with OM has made her grow a lot in her relationship with Jesus, according to Mick. “Just seeing how Christians all over the world interact with each other is very encouraging.” Through the connection with OM, the couple has met many different people from a variety of cultural backgrounds. “In the end, we all have a common love for Jesus,” said Mick. “That is really cool.”

Going to Cambodia was a life-changing experience for Tracey. “I got a passport for the first time in my life for this trip,” she recalled. “I had never travelled outside of Australia before and never even been on a plane longer than two hours!” Upon her return, Mick was just as impressed by the stories she shared. “When you look outside your own bubble, you’re amazed to see the need people have,” he said.

This year, the annual climb up Mount Edwards couldn’t take place because of coronavirus restrictions. Not ‘doing something’ wasn’t an option for Tracey and her friend Vicky. The project in Cambodia can’t just stop because of a lockdown, they reasoned. “We might be struggling,” said Tracey, “but the women and children there are struggling more”.

So they went virtual. A total of 153 participants took on a challenge to run, walk, cycle, hike, swim or choose any other kind of physical effort for 20 kilometres over 20 days: ‘20k’s in 20 days’. With people now able to join from all over Australia, they raised more money than through previous local climbs.

All of the work for this virtual fundraising event was done from within their own beautiful bubble: the carrot farm in Kalbar. “It was full on for us,” said Tracey. “But very rewarding.” The coronavirus prevented the couple from taking a trip to Cambodia they had planned for this year. “That’ll happen another time,” she stated. “And one day we’ll take the kids, so they can see what life is like over there. They’re already part of the team.”

Other Resources by Anneke Bolt 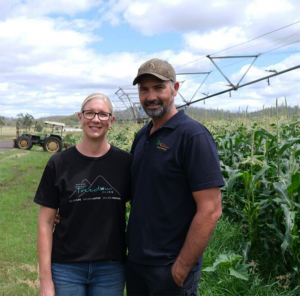