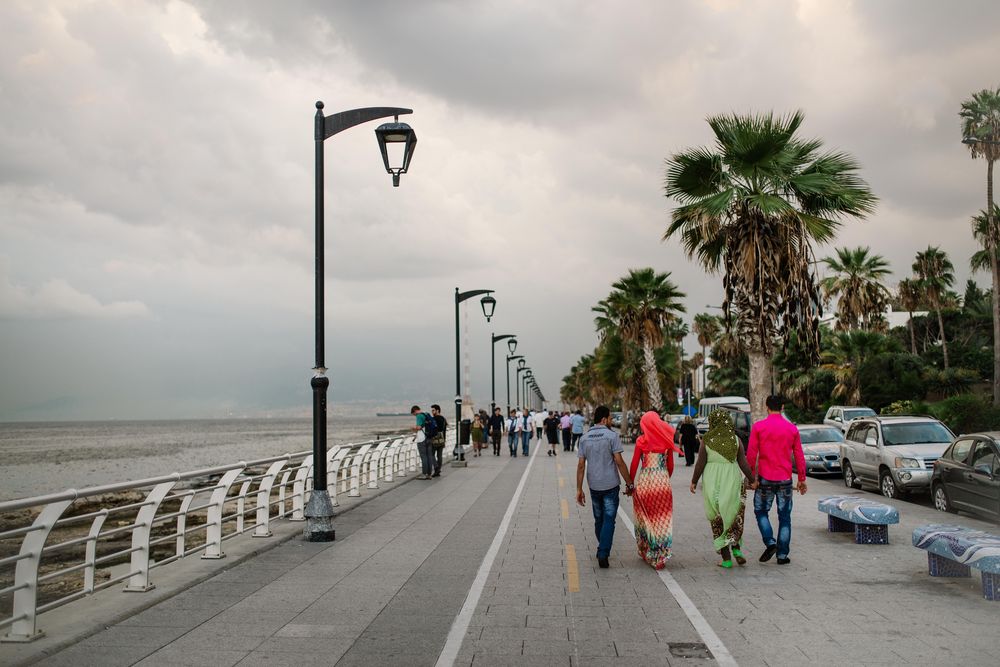 A young Saudi man dressed in a traditional Gulf Arab white thoub entered a Christian bookshop in a densely populated Arab city. From Mecca, the young man was curious about the sign hanging on the bookshop’s entry, “I am the door,” and decided to investigate inside.

“The people [inside] were talking about Jesus,” OM team member Ingrid* said. “Then, after reading some more scripture verses in the shop, the man dramatically fell on his knees and proclaimed: “Yes, really He is the Lord!” and then he shared he accepted Jesus into his heart.

“He was already reading the gospel online over the past half-year and was being prepared for this special moment,” she said about the stunning conversion experience.

“My husband also went to the bookshop the next day when he normally teaches a Bible study, and we met the young man and they studied the Scriptures together. It was so beautiful to meet this wonderful young man. Later, we gathered together with other believers from a Muslim background and shared a deeper time of study and fellowship in Christ.”

“I normally pray through Operation World because next to the Bible, I think this is the most important book to know how to pray intelligently with much detailed information on various countries and people groups,” Ingrid said.

“And on the days that this precious man visited the bookshop, these were very days allotted by Operation World, to urge people to intercede for Saudi Arabia and its people!  What an amazing answer to prayer!” she said, excitedly.  “Both my husband and I were just blown away!”

“Wow, on these two days people are praying for my country,” the young Saudi marvelled. He was greatly touched by this news.

Another ministry by an OM team involves engaging with local Arabs and foreign visitors ambling along the waterfront pedestrian area.

“I love the place. People are walking and the evening sea breeze is so invigorating. The opportunities to speak with people about Jesus and to give them biblical literature are beyond what we can imagine,” said one of the team recounting an incident a short time ago she experienced with her husband there.

“A couple approached us and stopped. I asked where they were from and the husband said, ‘Najaf in Iraq.’ I felt excited. We had been praying for southern Iraq for so long because there is hardly any Christian witness there,” she said.

The man looked at the New Testament and other literature. “I told him 'you can take whatever you want and as much as you want,'” she said. “And he asked incredulously, ‘Really?’”

“As he held his two-year-old girl in his arms, I noticed that the child had very thick eyeglasses, almost like what an older person needs to wear and I asked him about them.”

He said the child was due to have an eye operation at a hospital in the city. Then, he suddenly asked, “Will you pray for her?”

“We said we would gladly pray for the girl and her family, even at that moment,” she said. “So, we prayed that God would have His hand on her and the doctors, and that operation would go well and she would see properly.”

They went off with their bag of Bibles and other literature.

Pray for this family and ask the Lord to bring healing and restoration not just to the physical eyesight but also to their spiritual vision in order to see Christ revealed.

“So many Syrians pass by and they gladly take some literature as well. Although there are some people who say, ‘No, thank you,’ generally there is quite an openness among all the passersby,” she added.

“Meeting and speaking with people at the seafront is just so fabulous! We feel so full after we have spent several hours there, noting the number of wonderful encounters Jesus has given to us and the amount of literature distributed.”

“But we also feel there is a great urgency to get the message out,” she said. “We don’t know for how long the doors for sharing the good news will remain open. We have to grasp the opportunity now and not let it go to waste.” 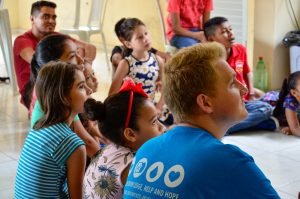