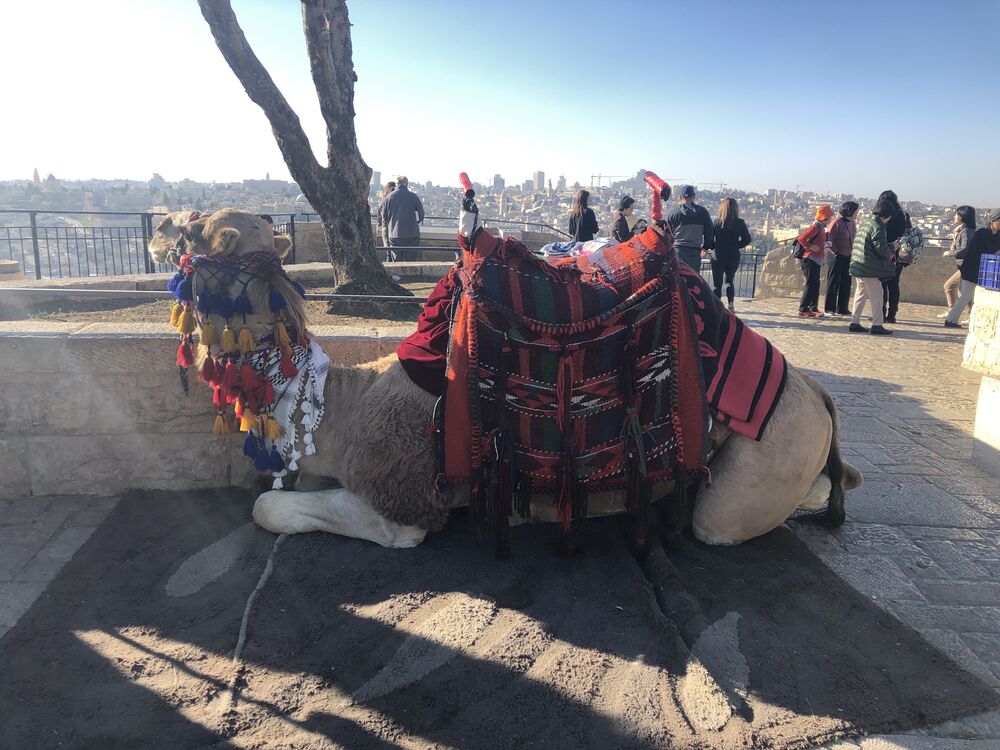 “Our village is currently suffering from an ongoing family feud,” explains Gabriel*, an OM worker who has been living in a small Arab village in the Galilee for a couple of years. His village may be small, but it contains plenty of conflicts as two main family groups continue to retaliate against each other. Gabriel also notes that only seven minutes away, on the same mountain, is another similarly sized village that is completely Jewish. “I find it to be an interesting reflection of the country. In big cities, both groups are represented. But here, it shows the divide in the communities.”

Serving in the Muslim Arab world in Israel, Gabriel explains that one of his biggest hurdles is division. He partners with the evangelical church in his village to address division between people groups, between religious groups and, sometimes, like in his village, between differing families. Gabriel’s village contains around 15,000 people, with only about 2,000 of them professing Christianity. Within the 2,000, the number of evangelicals is a small fraction, most Christians being either Greek Orthodox or Catholic. His church, which has around 50 regular attendees, is the only evangelical presence in the whole village. Despite being small, Gabriel and his church are making a big impact.

Gabriel ministers in three main areas. His first ministry is in his village church, helping wherever he is needed by the pastor. He also works in communications and educational development. Finally, along with others on his OM team, Gabriel intentionally looks for ways to share God’s love with people in Israel who do not know about it. Gabriel’s church sees a lot of division outside of its walls, but he hopes to bring the peace Jesus offers to his village by equipping local believers with ways to share with their neighbours.

One task that has brough great joy and fruit for Gabriel is serving in the church's youth ministry. When he started working with the youth group, two to four students were coming regularly to the meetings; now, that number has grown to over 20. Gabriel serves alongside a local believer who has a passion for discipling the youth—one reason why he believes the ministry has been so successful. Gabriel says: “I hope to connect my service to the church with what I am doing in OM. I hope these kids understand the calling of the Great Commission to reach out to their neighbours.”

The Great Commission propels and fuels Gabriel’s life and the decisions he makes. But with so much division in Israel, oftentimes, local believers are reticent to share God’s transforming work in their lives with strangers. Amongst evangelical circles, there is also a prevailing belief that street evangelism and public worship do not work in Israel, only in Western societies. To counter that notion, Gabriel has been praying and planning with his pastor for things like training and outreach initiatives hosted by the local church.

Answering this challenge, Gabriel and the local Arab believers participated in an outreach with international believers and Messianic Jews. Some participants walked around and prayed, a few shared the gospel and others publicly worshipped. Gabriel says: “There is a way to do it that respects the different contexts in which it is done, but also the core principles of street evangelism still apply and still work. I think it can be very powerful to have people who are committed to consistent, strategic outreach from people who stay long-term and from locals who are part of the community.”

Gabriel notes that it takes multiple encounters with the gospel before a person surrenders their life to Christ, and usually even more encounters in the Middle East. He believes the goal is not always for the person listening to make an immediate decision to follow Jesus, but for believers to continually be obedient and share Christ with their neighbours.

While Gabriel wasn’t sure what participants’ response to the outreach would be, he was encouraged when he found out that the young people wanted to keep doing it. It was a success—both in approval from the local Christian leadership and because of the youths’ positive experience. Gabriel remembers: “They saw that it was possible; they can do it.”

For Gabriel, a large part of the Christian walk is the process of sharing one’s faith. As the youth have started sharing with others how Jesus has transformed their lives, Gabriel has seen additional changes in them as well. In fact, the students have started to move forward in their faith together, he shares. When they first began meeting, few young people attended the youth Bible study, and they all came from traditional, contemplative church backgrounds.

The church was more of a family practice and less of a personal relationship for many of these teenagers. No one wanted to pray out loud, sing during worship or was secure in the faith expressions. As time went on, and they saw Gabriel and the other youth volunteers model worship, they started to sing, clap and pray out loud. They became comfortable enough in their prayers to pray for Gabriel when he left on a trip. Gabriel encouraged them to pray for each other as well, and they laid hands and took turns praying over one another.

Today, these teenagers are asking deep questions and staying engaged, despite not attending church with their families. Many have to walk or get rides to attend the Bible study—yet they show up every week of their own free will.

Pray for the local church within Israel, as it reaches beyond its walls to bring the peace of Jesus into a world of division. And pray for Gabriel, that he will be able to equip and esteem the church, training the next generation to share the truth of the gospel with their neighbours and friends.