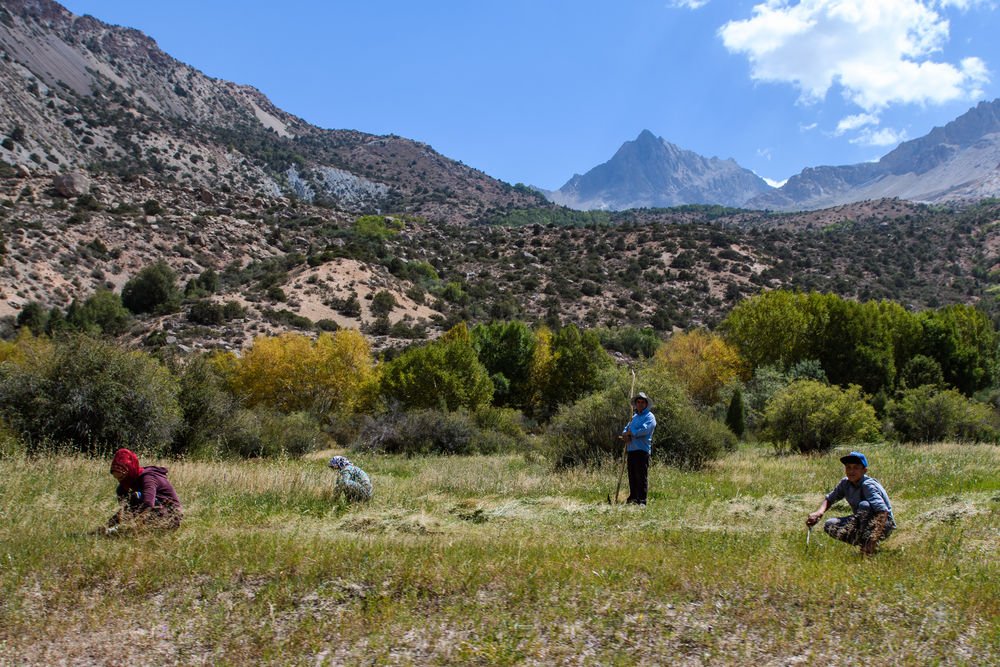 Talking about God isn’t the problem. It’s talking about Jesus that can cause a reaction. “Getting to Jesus sooner than later is what we’ve tried to do because He will either be the stumbling block or the One that they will really want to know,” explained long-term worker Catherine*.

She and her husband, Edward*, have spent the past decade focusing on an unreached people group in Central Asia—learning their language, living among them in the mountains, discipling the first known believers there and, now, mobilising a handful of ethnic believers living in a bigger city to go back and share the gospel with their remote towns.

When they moved to the mountains, Edward and Catherine didn’t know of any believers among the people group. Ten years later, they’ve heard of around 15 individuals who have come to faith.

The first man who came to faith left the area shortly after being baptised. Next, a pair of men found faith through a drug rehabilitation programme in the capital city. A couple women who grew up in a larger city, where they individually heard about Jesus, also moved back into the mountains.

“We really have not had a huge part in all those people coming to faith other than prayer. They came to faith through other ways,” Edward shared. But when he and Catherine encountered the new believers, their years of perseverance and language study paid off.

“I think one of the privileges of being there long enough to see some of the believers return was to just be there to encourage. They didn’t know any other Jesus followers in the area. They would be all by themselves if we hadn’t been there and met them. Even though we’re foreigners, God gave us the privilege of discipling them as they came back,” Catherine said.

Since some of the believers had come to faith through a Russian-speaking church in the capital, Edward and Catherine encouraged them to pray instead in their local language, their heart language.

Recently, Edward and Catherine moved to a larger city in the country—intent on connecting with believers from the same people group and mobilising them to share the gospel with their family and friends. Another couple of long-term OMers, David* and Ellen*, took over team leadership, continuing the work in the mountains.

Encouraged by the handful of local believers they’d already connected with through Edward and Catherine, David and Ellen still long to see more. “The goal of our team is to see culturally relevant, locally led house groups among our people group,” Ellen shared.

Currently, only one of the believers has a believing spouse, the team reported. A few men meet with their sons to study the Bible and pray, but their wives are not believers. The women who do follow Jesus are married to Muslims, geographically isolated and struggle to grow spiritually.

Since the language spoken by the people group isn’t written, David and Ellen also continue to study spiritual vocabulary—by telling Bible stories to their language helpers and working out the best ways to explain gospel themes.

“The people are Muslim; they’re familiar with the prophets. They’ve heard about the creation story, and they know of Noah, but their knowledge of [the Bible] is pretty limited,” Ellen explained. “I’ve been going through these stories using pictures from a Bible story book, and my language helper is really excited about learning these stories. So after every story, whether it’s creation or the Tower of Babel or Noah, she says: ‘Is there more? Is there more?’”

When they reached Abraham, Ellen’s language helper knew of the famous prophet and the (almost) sacrifice of his son, “but she didn’t know how they’d waited many years to have a child or when, one day his wife said: ‘I think you should get a second wife,’” Ellen shared. “It’s cool to see how she’s hearing these stories for the first time — they’re familiar for many of us — and she always says: ‘Is there more?’”

Ellen gifted her language helper a Bible in the national language and, after each language lesson, marked the story they had read. Although the woman’s young daughter keeps her busy, “I’m praying that she reads it,” Ellen said.

Eliza*, one of the local believing women who moved back to the mountains, started practicing her professional trade in her new home. Then a church in the city gave her a grant to purchase more equipment and take on apprentices.

She hired two local girls, taught them her craft and slowly started telling them about Jesus. “Sometimes they would watch movies in the national language about Jesus, and she would share her testimony. They were just really amazed that she was from their ethnic group, but she was a believer in Jesus,” Ellen recounted.

As Eliza shared, she read the Bible with the girls and showed them from the Word who Jesus is.

“Why didn’t anyone tell us this before?” one of them wondered. “We’ve grown up our whole lives and not known about Jesus.” Eliza also gave both apprentices New Testaments in the national language, and one of the girls took it home to her father, read it with him and watched a couple of the DVDs about Jesus with him, too. From their conversations, Eliza said she believed both young women decided to follow Jesus.

“They’re some of the first people we know of that have become believers in our town, that haven’t gone somewhere else, but have actually heard from a local person and have come to faith,” Ellen stressed.

“These two girls were just ready,” Catherine said. And Eliza’s role was critical, she emphasised. “She shared so much sooner and so much deeper. She said to them: ‘God brought you because He knew you were ready to believe.’ We never saw that [openness] ourselves, but watching a local sister share the gospel, that was really exciting.”

“The Kingdom of God is like a seed that someone planted in a field, and I wonder, what is the process to get from zero to vibrant communities of Jesus followers, from no people and from a seed to a tree where birds come and nest in it?” Edward wondered.

It’s a long process, and for this Central Asian people group, “it’s kind of like the sprout is up out of the ground in terms of the Kingdom. Right now, it’s really brand new.”

Jesus’ ‘Parable of the Sower’ in Matthew 13 lists several challenges: birds that ate the seeds, shallow soil that prevented roots from growing deep, thorns that choked the young plants. Likewise, the new Central Asia believers have many obstacles that prevent their faith from growing.

For many of these believers, the biggest issue is extreme isolation. While Ellen, David and other OMers are able to meet with some of the believers in town, others live even more remotely—some hundreds of miles away from the nearest believer.

“These guys, they really have to trust Jesus. They’re the only ones there,” Edward emphasised. “They give me a different picture of what it looks like to trust God when it’s hard. We surround ourselves with a believing community; we gather for prayer; we do the stuff that draws us into God’s presence. [In the mountains] there aren’t other people around; there’s not a community they can go to; their wives don’t even believe.”

“As more local people share with others, or we’re sharing with them, our prayer is that family groups or natural communities of believers will gather together, will gather around the Word, so that would be their fellowship, their community, and it wouldn’t be one isolated believer who is all by themselves,” Catherine explained.

On a recent visit, one of the believers in the mountains asked Catherine to pray that she could remain steadfast. “She knows that Jesus is everything to her, and yet she says: ‘I’m not sure I can do it.’ She has encouragement. She meets with one of our teammates regularly,” Catherine shared. “I don’t know what it’s like to be so hard pressed that you’re almost crushed.”

Another woman, whose husband has recently become a religious leader, struggles to grow her faith in light of the challenges at home, Catherine described: “I asked her: ‘Do you feel alone?’ And she said: ‘No, I know God’s with me.’”

Nonetheless, she has to rely on God’s Word (in her second language, Russian) to feed herself. Without community to keep her accountable, she struggles to remain consistent. “When she doesn’t read the Word, she doesn’t pray, she doesn’t share,” Catherine explained. “When she’s not reading the Word, she’s discouraged.”

Pray that the believers in this people group would faithfully read God’s Word and find encouragement and strength in His promises. Pray the new believers would understand and embrace suffering as a context for spiritual growth. Pray that family groups would come to faith to provide community for isolated individuals.

The type of business could be in agriculture, consulting, import & export, small manufacture, cafe and many other opportunities.... what business are YOU in?
Full Details
Short-Term Outreach Coordinator Central Asia    Go & Live    As soon as possibleWe are looking for someone with good organizational and communication skills and a passion for reaching unreached peoples to oversee our short-term outreach department.
You would be working with a multicultural team, based in a large city.  As this is not a full-time role you would have plenty of opportunity for your own personal ministry alongside organizing the short-term outreaches.
Full Details
All Service Opportunities
All Visit Opportunities