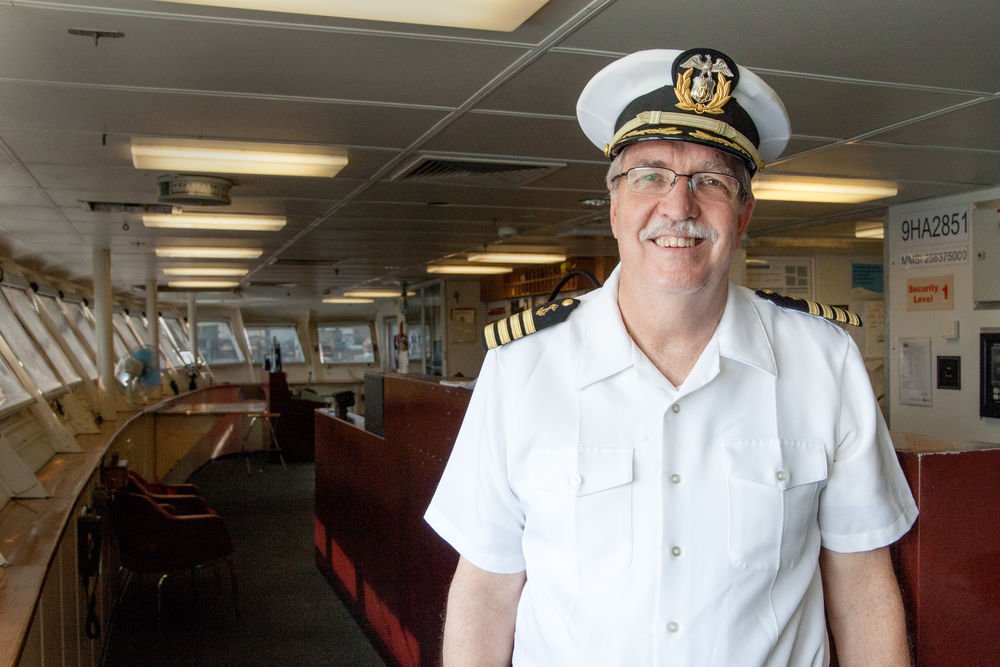 Captain Tom Dyer (USA) has been part of the organisation for 38 years and has volunteered on all four vessels that have operated as book ships. He was trained and served for a few years in the United States Navy, but was intrigued when he first heard about the volunteer ship, Logos. Having initially committed to serve on board for six months, the young mariner Tom joined the vessel in 1980, in Hong Kong. On his first voyage, Logos was making her way to Thailand. “On the voyage, we came across two Vietnamese refugee boats, whose passengers we rescued over the course of two days,” he said.

Moving from Logos to her sister ship Doulos in 1983, Tom visited the Middle East, where he worked in the deck department. He stayed on Doulos until the end of 1984 and passed his qualifications to become a Chief Mate. He had also started a relationship with a fellow crewmember, Maggie (USA).

Tom and Maggie married in January 1985 and re-joined Logos that June in the Caribbean; with Tom acting as chief mate. Their first son, Tommy, was born in 1986 – the same year in which Tom (Snr) obtained his captain's licence. On 4th January 1988, just six weeks after the birth of their second son, Joshua, Logos ran aground off the coast of Argentina and the entire crew had to abandon ship. Mercifully, no one was harmed in the shipwreck. Tom and his young family returned to the USA.

In September 1988, there was a call to return to Doulos, this time as captain. Not long afterwards, the Dyers transferred to a new vessel, Logos II – the replacement for Logos, funded by donations from around the world. The ship was renovated in Amsterdam, where Captain Tom and Maggie’s daughter, Esther, was born in 1989. The family continued their seafaring adventure on Logos II until their youngest son Caleb was born, at which point they decided to raise their family on shore.

With Logos II and Doulos having reached the end of their service life, in 2010 Captain Tom came back as captain on Logos Hope and has filled in as captain for short spells ever since. Reflecting on his experiences over almost 40 years with the organisation, Captain Tom said, “In many respects the work hasn’t changed: the bookfair is almost the same as it was 30 years ago, except now it is indoors. Logos Hope’s bookfair and café are well thought-out; it’s a great opportunity to connect with people down there.” 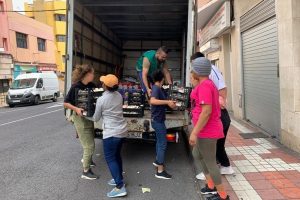 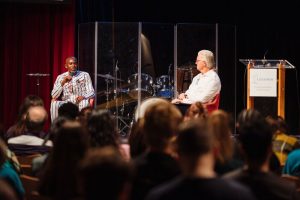 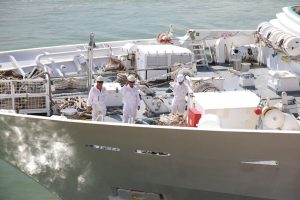 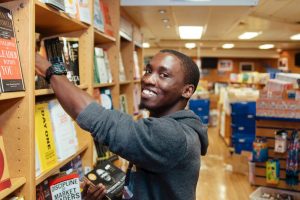 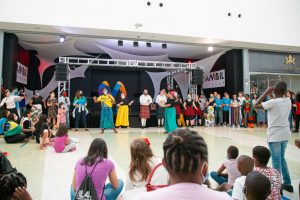 Logos Hope: Refrigeration Technician Ships    Go & Live    As soon as possibleTo perform skilled maintenance, repair and inspection work on Logos Hope’s complex refrigeration & HVAC equipment.
Full Details
Logos Hope: Plumber – Long and Short Terms Roles Available Ships    Go & Live    As soon as possibleJoin our international team of 400 people from 50 different nationalities. We’re investing in young people and the opportunity to use and grow in your technical skills to keep a life-changing ministry operating. Being part of the on board community you will receive personal input through daily team devotions and other ship events as well as the opportunity to experience the culture of the international crew and staff and the countries the ship visits.
Full Details
DOULOS HOPE Short Term Programme 8 April – 7 June 2023 Ships    Go & Visit    8 April 2023 - 7 June 2023This is a great and unique opportunity to join the first crew on Doulos Hope to get the ship ready for Ministry . Come with a servant heart, an attitude to learn, and willingness to be flexible and this could be the experience of a lifetime. Many who have been on OM ships on a short term experience bear witness to the huge impact it has made on their lives, and to how God has worked in and through them.
Full Details
Logos Hope: 2nd & 3rd Engineers Ships    Go & Live    As soon as possibleLogos Hope is known as the world's largest floating bookfair and sails from port to port sharing knowledge, help and hope.

Required Qualifications:
STCW III/1 Marine Engineering
STCW V/3 Crisis Management and Human Behaviour
Full Details
Doulos Hope: Repairperson – Long and Short Term Roles Available Ships    Go & Live    January 2023As a Repairman, you work as part of the Engine team, who is responsible for maintaining adequate and comfortable living and working conditions all around the ship.
Full Details
Doulos Hope: Nurse Ships    Go & Live    February 2023Serve on board Doulos Hope with an international crew of around 150 volunteers from many different countries.

We are looking for a qualified nurse to provide on board medical care and treatment for crew & guests under the direction of the ship’s physician.
Full Details
Logos Hope: IT Technician Ships    Go & Live    As soon as possibleThe ICT team supports the onboard crew with ICT functions aboard the MV Logos Hope and ensures the systems required to perform those functions are available and functioning correctly.
Full Details
Logos Hope: Navigational Officer of the Watch Ships    Go & Live    As soon as possibleJoin our international team of 400 people from 50 different nationalities. Have the opportunity to invest in young people and use your technical skills to keep a life-changing ministry operating. Being part of the on board community you will also receive personal input through daily team devotions and other ship events as well as the opportunity to experience the culture of the international crew and staff and the countries the ship visits.
Full Details
Logos Hope: Medical Officer (Doctor) Ships    Go & Live    January 2023Are you a qualified doctor looking for an exciting ministry to be part of?  The doctor/medical officer on board Logos Hope serves in providing medical care and treatment to the crew, staff and guests of the vessel.
Full Details
Logos Hope: Primary School Teacher Ships    Go & Live    As soon as possibleTeach our leaders’ children in small classes and invest in first-hand cultural experiences as you visit port cities around the world. Being a member of the on-board community you will receive spiritual input, while living in an international community and being involved in community activities both on-board and onshore. We are looking for qualified and flexible early years and primary teachers to join the school team, working with children within the 3-11 year age-range.
Full Details
LOGOS HOPE STEP Opportunity – STEP II 2023 Ships    Go & Visit    1 June 2023 - 16 August 2023Life on the ships is fast-paced and can be intense. Come with a servant heart, an attitude to learn, and willingness to be flexible and this could be the experience of a lifetime. Many who have been on STEP bear witness to the huge impact it has made on their lives, and to how God has worked in and through them.
Full Details
Information and Communications Technology Support Engineer Ships    Go & Live    As soon as possibleThe overall goal is to support the administration of ICT functions in order to help ensure continuity of work for all users of IT.  As an ICT Support Engineer, you will respond to the daily help desk requests and deliver solutions in order to help ensure end users can operate systems with as little as interruption as possible.
Full Details
All Service Opportunities
All Visit Opportunities