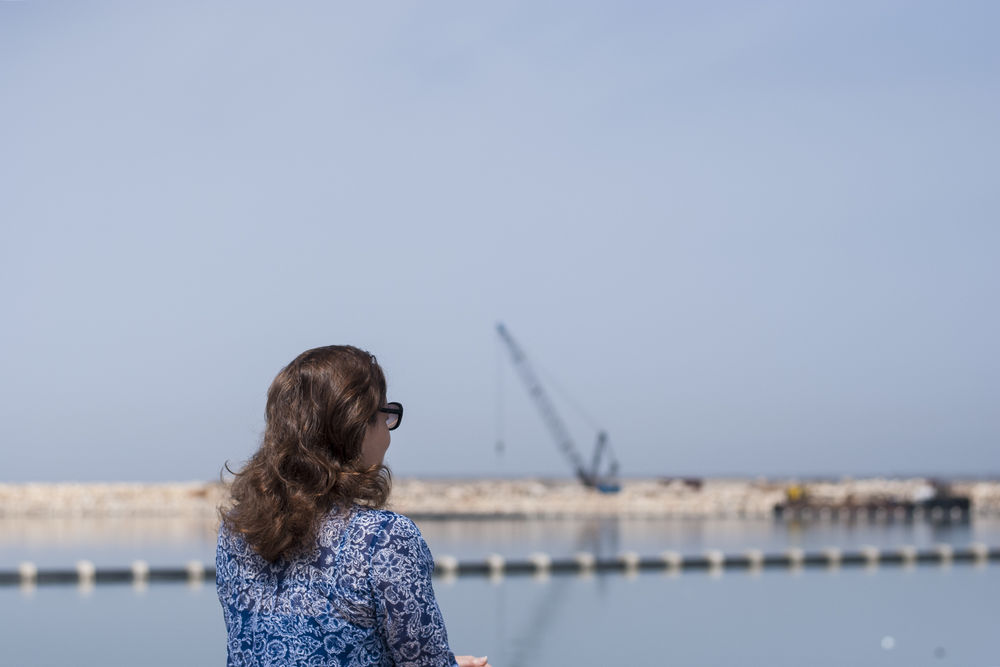 The adventure for Paola* began years before, when she was only 16 years old herself. During a missions conference, she saw a map of the world marked with the least reached. “It broke my heart that there are people who have never heard of Jesus even once in their lives,” she recalled. “I thought: I want to go to people who have never heard about Jesus and help them to know the good news.”

A few years later, she met Daniel*. The son of missionaries, Daniel knew he wanted to serve God overseas. In fact, this mutual desire brought them together.

They married and had two sons. Throughout their early years as a family, Paola and Daniel prepared their sons for a future overseas. They spoke often of what it could mean for their family to serve amongst people who had never heard of Jesus, far from Argentina.

Then, in 2004, they learnt of an opportunity in the Middle East. “We always knew we wanted to serve God with our professions,” Paola shared.

“We knew if we worked overseas, we could earn money to live and then wouldn’t be a financial burden for our church in Argentina. We thought: why do we have to leave it all when we go? We can use our skills there.”

The next year, their family moved to the Middle East. “I had my fears, both when we were still in Argentina and during the transition in our new country. At first, we felt like tourists and liked everything. And so did the kids. But as the time passed, they started to miss their friends and family.”

The transition was difficult at first, as Paola struggled to acclimate to a new country, culture, language and ministry––all while helping her sons do the same. “Being a mom is to try to get everyone in a good place spiritually, physically, mentally and emotionally. When you are at home, you are preparing the house to receive them, and when they are home, you are preparing them to leave.”

In whatever challenges arose, Paola and Daniel prayed together with their sons, not just for them. Through this, she saw her family draw closer both together and with God.

“We didn’t want to take them overseas just because it was our dream to go,” Paola shared. “It was the hardest for my oldest son to leave his friends and Argentina because he was a teenager at the time. We prayed a lot with him, telling him: ‘God has something for you overseas. We will go when you are ready. We won’t force you to go. If God wants us to go, He will talk to you and you will be ready’.”

Then, one day their oldest son came to her and said: “I want to be with my friends, but I understand if we go, God will have something for me”. That gave them peace.

Paola understood that God wasn’t only sending her husband and herself as missionaries; He was sending the whole family. Their church understood this too; supporting not only Paola and Daniel, but their sons as well. As a family they had opportunities overseas that missionaries without children don’t have.

In fact, because of her sons’ school, Paola was able to meet the mothers of her sons’ friends, which led to her first opportunity to share the gospel in their new country.

Now, almost twenty years later, both of their sons are grown, married and living in Argentina. Paola and Daniel have one grandchild who lives half a world away. “It’s difficult to be far from your children,” Paola admitted, “especially for our culture. We are very close.

But, from when I first arrived in the Middle East until now, I can look back and see the faithfulness of God in our kids, our family and in our ministry. Our boys are continuing in God’s ways. That is a huge blessing. My daughters-in-law love the Lord too.”

A positive side-effect is that their sons are not scared to try new things. “They were afraid of that when they were little, and they aren’t now,” said Paola. “They have open minds to try to understand other people and cultures. Most importantly, it’s affected their hearts—in how they see people and how they want to help them. Now, they also desire to go with their families overseas one day.”

Are you praying about serving God as a family overseas? Contact us for more information!