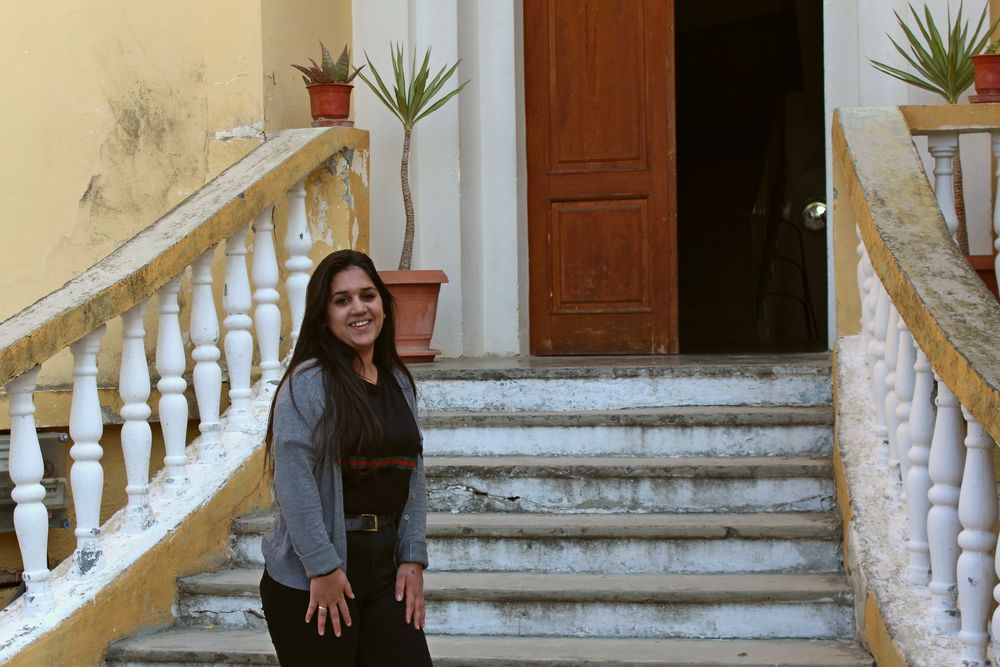 It was at one of Saskia's first youth meetings in Albania that she met Elira*.

Saskia was, at that time, a new OMer from Germany working in the town of Lushnjë with the Roma and Gypsy community–a marginalised people group whom OM in Albania has worked with for over 15 years doing kids’ clubs, Bible studies, house visits, providing material help, offering support in educational development and running youth meetings which was where Saskia found herself. Saskia–to whom everything and everyone was still new–found 16-year-old Elira outstanding.

Elira lived with her grandmother and was a troubled girl. After some time, Elira just up and left Lushnjë. The OM team did not know where she had gone, and heard different stories concerning her whereabouts. Eventually, they discovered she was with her mother in Durrës, a city on the Albanian coast, working in a factory.

This seemed a long way off from pursuing her dream of education. Elira at age 11 had told Christine, the current leader of the Roma and Gypsy Ministry: “I would like to go all the way to university. People in my family want that for me, too.”

Christine then prayed: “God, as long as I am in Albania, I would like to help this girl reach this goal.” Amazingly, OMers in Durrës were able to connect her to a local school; but Elira quit after a short period.

Back in Lushnjë, with winter around the corner, Saskia started a discipleship group with some of the girls from the youth group. She had a special interest in discipling a girl named Kristina* who happened to be Elira's sister. Saskia asked Kristina and one other girl if they would be interested to be a part of this discipleship group; they agreed, and each had a sister they wanted to join as well. By this time, Elira had moved back to Lushnjë after her failed attempt to go to school in Durrës. Later, a fifth girl was added to their group.

Saskia led the girls’ discipleship group in reading the book of John together and was surprised how much Elira, in particular, knew about the Bible. Saskia enjoyed having conversations with the girls and seeing them grow.

However, pretty soon the group started to get smaller. Kristina got engaged and was not allowed to attend the meetings anymore. Two other girls lost interest, and later the fourth girl also got engaged and moved to Greece. Only Elira was still willing and able to attend the discipleship group.

“It was heartbreaking to see the girls leaving or losing interest,” Saskia remembered. “I really wasn't sure if I would like to continue with the discipleship group after the summer break at all. There was not much of a group left.” Saskia, however, received encouragement from God and decided to continue the meetings and focus on Elira.

To Saskia's joy, Elira decided to go back to school in September 2018. Also at this time, Elira began attending a newly founded church and was baptised. Saskia and Elira restarted their meetings in October, and Elira went every week with her Bible and notebook in hand, and the desire to get to know God more in her heart.

Saskia has finished her commitment with OM, but feels privileged to have journeyed with Elira. She was amazed at how God changed Elira in the few years that she had known her—transforming her from a troubled teenager to an excited follower of Jesus!

Please pray that Elira will grow in the Word as she serves with her local church. Also, pray for the other girls who were part of Saskia’s discipleship group—that God would be their first priority (One of them was baptised at the same time as Elira!).