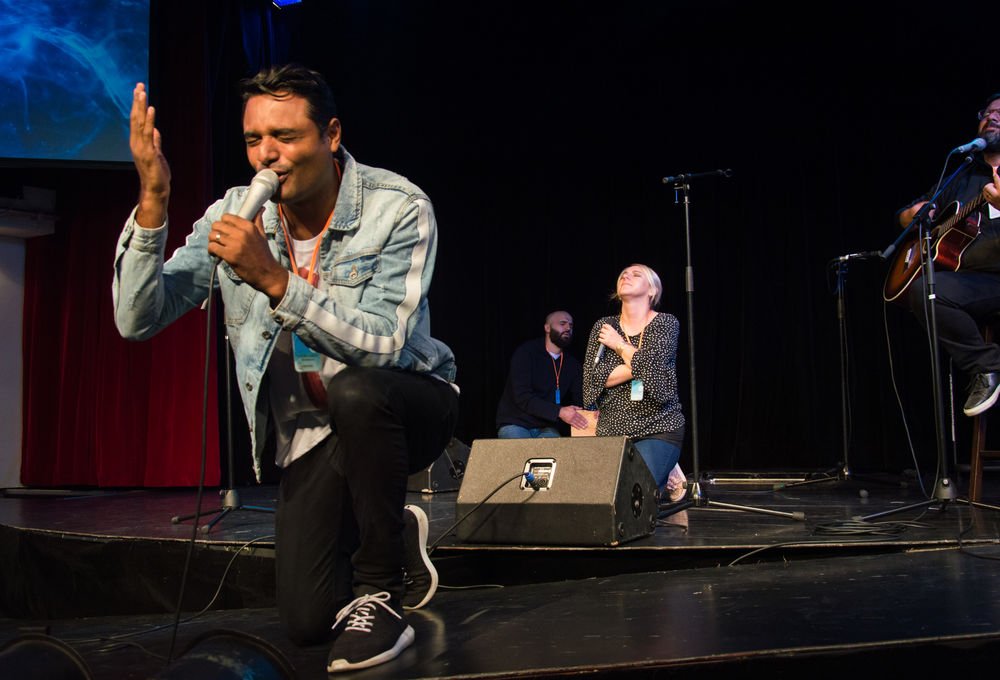 Marcos da Costa Brunet, who goes by the name Marcos Brunet, is a famous Brazilian composer, singer and pastor living and working in Argentina. While on tour in Chile for a national event called “A una sola voz” (‘With one voice’) and with the team ‘Toma tu lugar’ (‘Take your place’), the singer visited Concepcion, the city near to Lirquén port, where Logos Hope was berthed.

The singer was invited to come and worship alongside crewmembers, and was glad to accept the invitation on behalf of his team. A pastors’ conference had taken place on the ship just before, and those participants were invited to stay for the time of praising God.

Marcos Brunet sang worship songs which the audience joined in with. Juliana Medina (Colombia) said that as he was playing, the artist suddenly stopped. “He told the room, ‘Pastors, go and find a crewmember and pray for them.’ He explained that we are from all nations, so they could pray for someone who isn’t from their country and has ventured out in mission.”

Juliana observed that the pastors seemed to be touched by this initiative. Pastors and crewmembers shed tears, moved by God’s presence. “It was like a family reunion,” she said.

After the time of worship, some members of crew gave Marcos Brunet a tour of the ship and, after visiting the bridge, the artist decided to record a message which he later posted on social media. “We are praying that God will send more workers into mission,” he said. “What are you doing to give glory to God and fame to Jesus on this earth, and to bring the gospel to least reached areas?” he asked, addressing his viewers directly.

After his visit to Logos Hope, the artist went on to Concepcion for a worship session in the middle of the ‘plaza’. There was no stage; the singer simply wanted to praise God spontaneously, along with any bystanders who felt moved to join in. He also prayed for the city, as did many of the ship's crew.

“I could see the crewmembers were involved,” said Juliana. “They attended the event on the ship and they also continued on to the city and it cost them to do that. They connected with people. It meant a lot,” she said. The singer explained that people can go to God directly, and many of those who attended responded with great emotion. 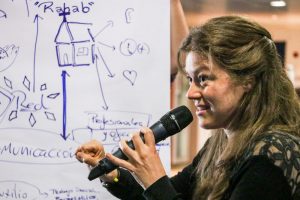 Volunteering on board Logos Hope, you will be impacted as you participate in this life changing adventure
Full Details
Finance Officer Chile    Go & Live    As soon as possibleOur team has a great need for someone to lead the finances and  provide data entry, finance analysis support, and generate financial reports.  Your duties will include providing accurate and sufficient financial information to the field leader in order to make ministry decisions, and to provide a measure of accountability in finance on the field and for OM internationally.
Full Details
Evangelist in ministry with people at risk – vulnerable Chile    Go & Live    As soon as possibleThis job opportunity involves:
Working with children and adolescents at social risk in homes of protection, working with homeless in a day center doing discipleship and urban creative evangelism.

As a part of  OM Chile you will be able to use your talents and gifts as well as be involved in other areas where support is needed.
Full Details
All Service Opportunities
All Visit Opportunities