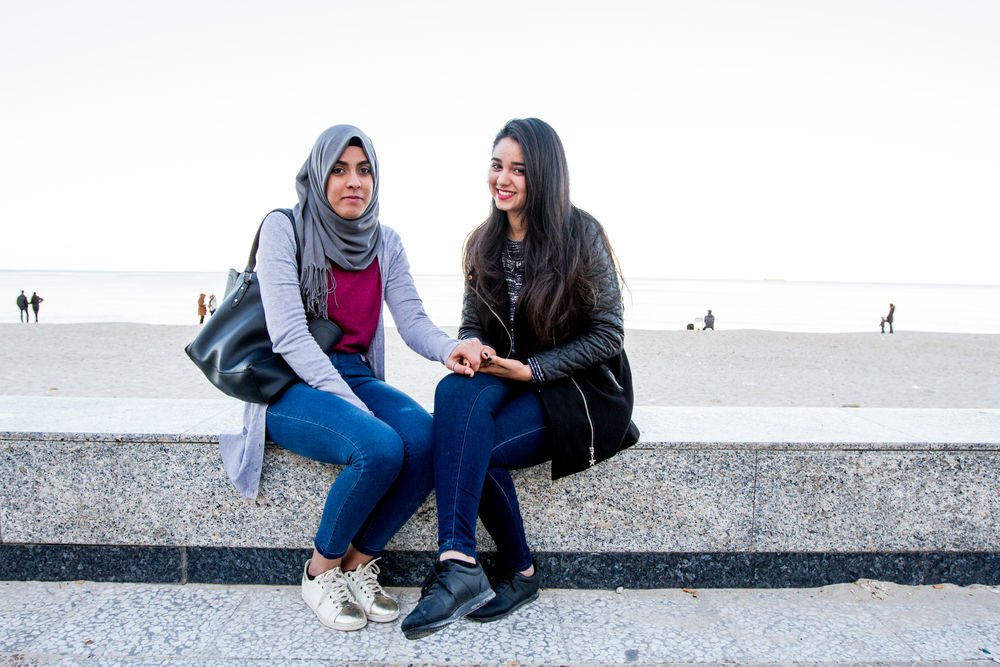 “As foreigners in this country, the only way we can share with people is through relationship,” stated long-term OM worker Amanda*. “We want to look for avenues where the gospel makes sense presenting into their lives.”

Building relationships in North Africa requires understanding the potential friends’ culture, one of the most important aspects of which is the honour/shame dichotomy.

Problems and issues convert into the shame category. Praises and good grades fall into the honour category. Every aspect of a North African’s life lands in one or the other. Shame, however, only surfaces when it’s known. Dishonourable occurrences, as long as they’re secret, cannot be used to shame someone.

Still, when Arabs “come up with situations in their lives, which are problems or issues, and they, like normal humans feel the need to talk about it or tell someone, they look for someone they feel like they can trust, who’s not going to judge them,” Amanda explained. “A lot of times, for us foreigners, they can already see the way we live is different.” OM workers on the field often earn local friends’ trust because “they’ve already established we are a different kind of people and we live an honourable life,” Amanda noted.

Amanda, who has lived in her host country for over a decade and raised her children there, including two girls, understands what maintaining a good reputation means for ministry in the local context. Therefore, she cautions new team members to be exceedingly careful about their reputations. “The way they live portrays a certain reputation, and already people see they are different,” she explained.

The guidelines can be seen as restrictions, particularly for those whose home culture operates within a different worldview and allows for greater freedom, but they’re important in North Africa. Not only does an honourable lifestyle establish trust with Muslims, whom the team is trying to reach, it also helps local believers, who are new to faith.

‘They can trust us’

“All of my North African friends have come and told me the dirt [about their families],” Amanda shared. “It’s definitely true: They feel like they can trust us and tell us things.”

A close friend told Amanda that two of her brothers had committed suicide. Others shared negative stories about their husbands or financial problems they faced. These women “just need someone to hear them and care about them,” Amanda stated. “One of my biggest ministries over the years has been caring for the women, just loving them when they didn’t feel like anybody else really cared.”

In fact, Amanda’s life before Christ was not honourable. “I was a wild child going into university; I did just about everything that was wrong,” she said. After deciding to follow Jesus, however, Amanda lived purely for several years before she met her husband. Despite her earlier lifestyle, he “didn’t look at me as [dishonourable]. He looked at me as who God made me to be now,” she said.

It’s a testimony Amanda rarely shares in public, but on two separate occasions, she encouraged Arab friends with her personal transformation. One young woman told Amanda that she had been raped. “She was so broken,” Amanda described. “She felt so impure, unworthy to get married …[and] have a family.”

Another woman, who was already married and a believer, told Amanda about similar struggles. Amanda said she wanted to share her story because those friends “didn’t think there could be anything else for them. But [I wanted them] to realise God purifies; He cleans; He changes.”

“That’s that God-sized void in all of us. We’re looking for someone to care for us,” she summarised. “We have to listen and care for and love people but always be pointing them to the Saviour, who ultimately loves them and gave His life for them.”

Sometimes that transition to truth happens easily. Leia*, new to the OM team in North Africa, met a local woman on public transportation less than two months after arriving in the country. “From the beginning, our conversation was about God,” Leia recalled.

Initially, Leia had several encouraging conversations with her friend. “What I really like about her is that she already has a personal hunger and desire for God as a Muslim,” Leia said. “Sometimes she’s just praying in her bed before she goes to sleep, in her own words.”

A few months later, Leia’s friend started dating and stopped pursuing the friendship. Then, the guy broke up with her. Immediately, she reached out to Leia again. “I could really be there to encourage her, and I really tried to do that with God,” Leia noted. She prayed with her friend and sent her articles and videos from a well-known Christian speaker about having hope in God.

“She texted me back, ‘Yeah, it made me cry,’” Leia said. “I think that’s special about having contact with Muslims is you can point them to God, but I would like to speak more of Jesus.”

‘They need the love of Jesus’

Celia served with OM in North Africa for two years. At Christmas, Celia invited a North African girl over for a celebration. “I made Christmas decorations, and I gave her a Christmas present, Christmas dinner and everything,” Celia described. The friend visited Celia’s apartment several more times. Then, one day, she looked up at Celia with her eyes full of tears. “Before you came, I have not been in any other house that is not my family,” she told Celia.

“I was the first house she went to, somebody she could call [a] friend,” Celia explained. “It’s the most common thing to go visit your friends, but she didn’t have friends.”

“They’re just so lonely somehow; they just need to be loved,” she continued. “They need the love of Jesus that’s missing from their lives.”

Pray for workers in North Africa to lead honourable lives that would attract Arabs to them. Pray for deep trust relationships to be built that allow workers to share the love of Jesus with their friends.

Business person/Entrepreneur North Africa    Go & Live    As soon as possibleBusiness pioneering opportunity for adventurous entrepreneurs. Come start a business to help reach the local North African community. Provide business coaching for our workers who are developing business platforms or bring your own business proposal.  Join the field through our PLOT program and learn the local language while exploring opportunities to minister through your skills and gifts as an entrepreneur.