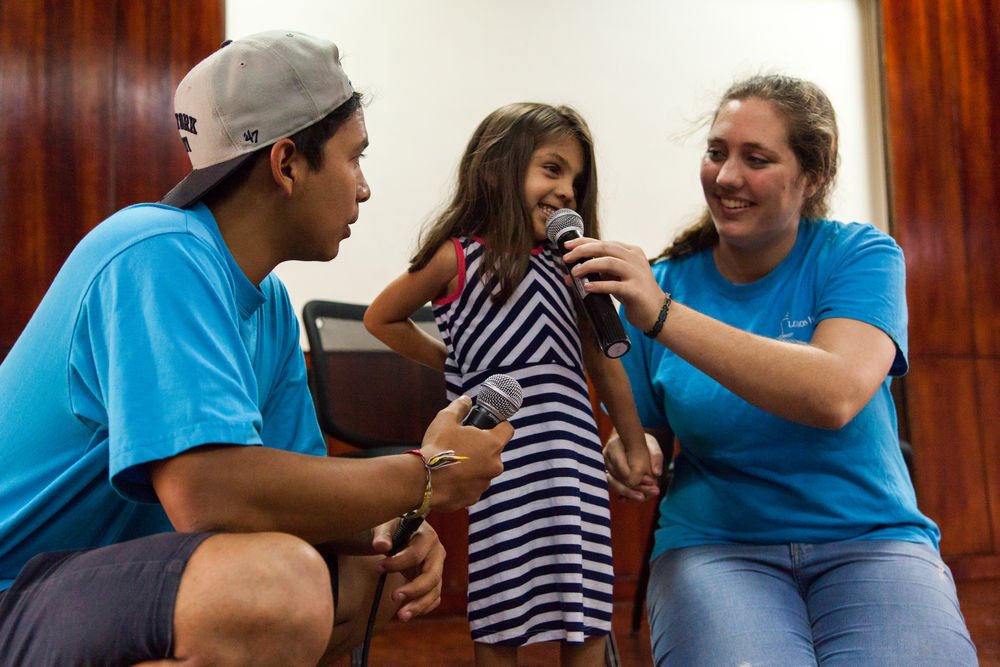 Logos Hope crewmembers visited a hospital in Portoviejo and spent time with children at various stages of cancer treatment. The team found it important to bring joy and light into the lives of the kids and their families, and above all to share the hope of the gospel with them.

The volunteers introduced themselves and sang songs on the ward. They shared the story of Jesus’ sacrifice and love for each person He created, and Ly-Mari Marais (South Africa) said, “It was very hard to talk about death with them because you know some of them are very close. But as a team we felt that because of that, they really do need to know about Jesus.”

The team’s contact person, a non-Christian, had not been keen on the volunteers expressing their faith, but after praying about it, the team felt they still should. “We can just have a nice children’s programme but the reason we are here is to tell them about Jesus. We need to tell them,” said Ly-Mari.

The children were excited to meet people from other countries, and to see where they come from on a map. As they were expressing their amazement at the variety of countries the team was introducing, Ly-Mari realised that some of them will soon be in a ‘new destination’.

Ly-Mari was troubled by the fact that the team's host accepts prayer as ‘energy’ but does not agree with believing in God; believing instead in horoscopes and the stars. “For me it was really sad that someone in her position is in charge of the children she works with every day. She is an example. She speaks to their parents and some might have hope, but someone like this could take their hope away,” Ly-Mari explained. The team plans to continue praying for the woman.

Despite sadness, Benjamin Pozo, who is from the local area and volunteering with Logos Hope while the ship is in port, expressed the hope he has for the children. “They want to live and they want to beat the illness,” he said. When he asked people who gave their time to visit the children why they do it, they answered: “Because we have beaten cancer ourselves, and we are willing to help them beat it too.”

Benjamin was inspired by the hospital volunteers’ stories and above all, said he had been encouraged. “To see a child smile when he has no hope to live is priceless. Only God can do this, through people willing to share Christ’s love.” 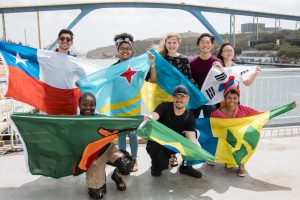 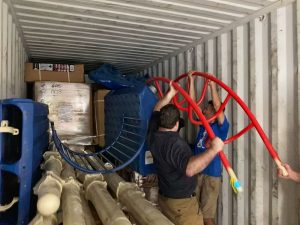 Logos Hope: Medical Officer (Doctor) Ships    Go & Live    January 2023Are you a qualified doctor looking for an exciting ministry to be part of?  The doctor/medical officer on board Logos Hope serves in providing medical care and treatment to the crew, staff and guests of the vessel.
Full Details
Finance Manager Mosbach, Germany or Florence, SC, USA Ships    Go & Live    As soon as possibleExists to manage key finance functions which are largely based in Florence and to ensure financial accounting support is provided as needed for good stewardship to support the ministry meeting its mission and vision in a way that honors God.
Full Details
Logos Hope: Graphic Designer Ships    Go & Live    February 2024Use your special ability to design communication to inspire and motivate people in our ports of call to visit Logos Hope and our audience around the world to be part of what God is doing in the Ship Ministry.
As the graphic designer in communications team on board Logos Hope you will help provide print ready materials for publicity and promotion and other design work for use digitally and in other ways to inform and inspire the public and our partners around the world.
Full Details
Doulos Hope: Nurse Ships    Go & Live    February 2023Serve on board Doulos Hope with an international crew of around 150 volunteers from many different countries.

Required Qualifications:
STCW III/1 Marine Engineering
STCW V/3 Crisis Management and Human Behaviour
Full Details
Logos Hope: First Engineer, Operations Ships    Go & Live    As soon as possibleJoin our international team of 400 people from 50 different nationalities. Have the opportunity to invest in young people and use your technical skills to keep a life-changing ministry operating. Being part of the on board community you will also receive personal input through daily team devotions and other ship events as well as the opportunity to experience the culture of the international crew and staff and the countries the ship visits.
Full Details
All Service Opportunities
All Visit Opportunities