Hope for Hope in Greece – story

Rosie (UK) came to Greece with the deliberate intention of working with women on the street.  God had developed her heart for this ministry in Switzerland, despite her fears of being too young at 19 to be useful.  Since then, she has seen God’s hand at work through her.  Looking back on those eight and a half years, Rosie reflects: “I was super blessed to be able to see God working in all those years doing outreach, and some of the women whom I first knew on the street are now personal friends.”

Hope* had been brought to Greece from her country when she was very young and forced to enter the sex trade.  After meeting Rosie and her team, and talking with her, Hope became convinced it was the wrong way to live and wanted to leave it.  However, it was not so simple.

Hope had come to Greece without official identifying papers, so all the work she was able to find was illegal and badly paid.  Hope ended up working in hotels and kitchens in the tourist season for low wages, trying to avoid employers who assumed they had a right to other 'services' from their pretty dishwashing girl.

Although Hope persevered and did manage to get work outside the sex trade, it has marked her psychologically.  Even now, a couple of years later, Hope struggles to trust anyone, and prefers jobs where she does not have to be part of a group. She expects to be treated badly. Rosie and her team have talked about forgiveness, but it doesn't make sense to her in her own life.  Whilst Hope does believe in God, she has yet to personally experience grace for herself and understand what it could mean for her.

“God has become a reality in Hope’s life,” said Rosie. “But there are many, many more women still working in the brothels and on the streets of Greece.  They have the same right to know and learn to trust the God who saves and protects for themselves, and to learn to value themselves as precious.”

God’s dream of establishing a non-profit making company through Rosie and her team would provide a healthy working alternative to those women at risk in Greece.

When God calls you 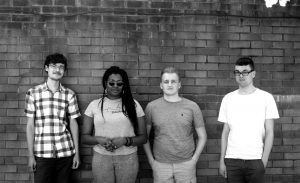 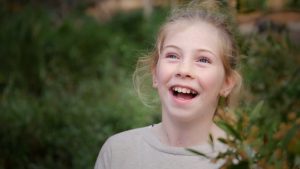 Emmanuel | God is with us

The language of faith