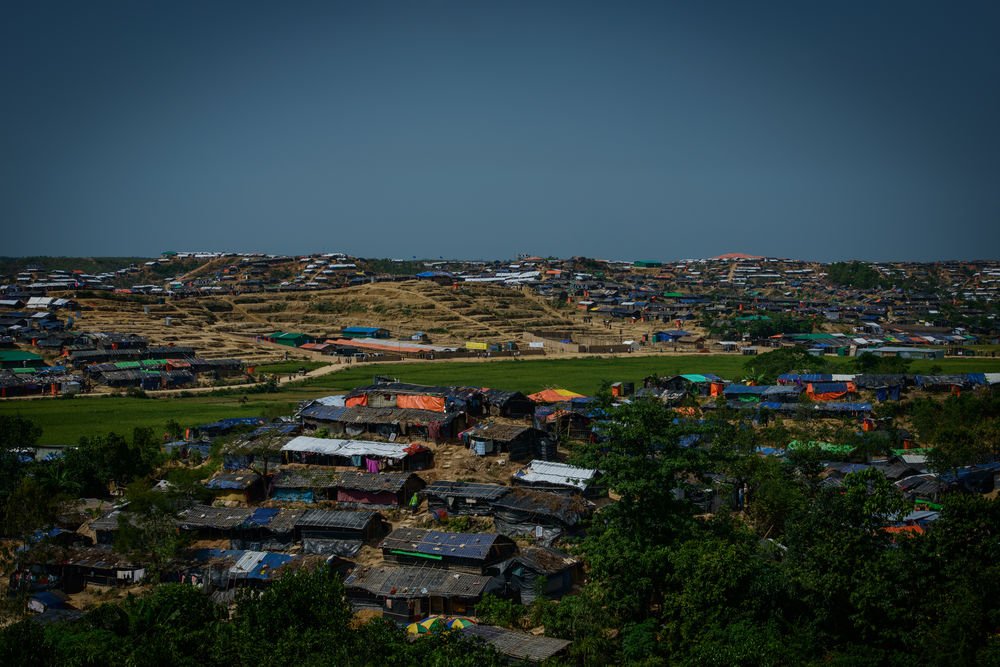 Since August, OM’s partner organisation has been sending teams once or twice a month from the capital city to the refugee camps in Cox’s Bazar where an estimated 700,000 Rohingya have fled violence in Myanmar since last summer. The teams have developed a good relationship with the army and in April were asked to assist in the distribution of food and supplies to families that did not have enough.

A small team was able to distribute items including food, soap and umbrellas for protection from the sweltering summer sun and coming monsoon rains to 1,000 families. The following day, team members spent time with children, giving them protection from the sun, cutting their nails, combing their hair, praying silently over them and making them feel seen and loved.

“We’re aware that it’s just [a] little we can do, but we know God called us to not look away, but do something,” shared programme coordinator Pastor Saul*. “When we pray, ‘Your kingdom come, on earth as it is in heaven,’ what do we pray? Is there hunger in heaven? Homelessness? No. If we as Christians pray this prayer, we also need to act. Prayer is not enough. We need to help as well.”

OM’s partner wants to move from distribution to a long-term presence in the camps and surrounding community. A couple short- and long-term workers have recently come to Bangladesh with the goal of building up a longer lasting work in this area.

Sophia*, one of those working to establish the office near Cox’s Bazar, joined the distribution efforts in April. She shared that as the team members greeted the women and children, most returned their smiles. Sophia said she felt the presence of hope in the camps but also much fear as monsoon season approaches.

“Everything they are building now might be destroyed in the coming weeks and months,” she said. Real fears exist that the temporary shelters that have been established “will be demolished through the heavy rain and winds, roads will be inaccessible for aid, families will be separated through landslides, panics, evacuation, latrines will overrun, the access to drinking water will be cut, and diseases will spread.”

NGOs are handing out shelter kits to make unstable shelters as safe as possible and implementing plans for better drainage and an identification system for children in case they get separated from their families. OM's partners want to work towards a sustained presence among this resilient and hopeful people, remaining long after the rains have stopped.

Pray for them as they seek to obtain the needed permissions from the government to work there. Please also pray for health and safety of the Rohingya people with all the new dangers the summer rains are expected to bring and for them to know the love of the Father who sees them in the midst of the storm.

Other Resources by Hannah Nagel