Despite the limited number of cabins on board the Riverboat, one cabin was specially set aside as a prayer room to encourage intercessory prayer at all times. This is part of a new initiative that the Riverboat leadership embarked on to prioritise prayer, based on the conviction that no ministry without prayer will be effective.

“Our intention is to pray for God’s covering over the whole project and the nations,” explained Lina* (Canada), who oversees the prayer room and its elements. “We want to intercede for community members, for revival in European churches and, ultimately, for the completion of the Great Commission. We want to pray for atmospheric changes–both on the Riverboat and in the cities we visit.”

The prayer room is decorated with visual arts, drawings and poems to facilitate conversations with God, as well as to inspire unstructured time enjoying the Creator. A writing board in the room keeps a record of how God is speaking to community members so that they may encourage one another.

The space for intercession is meant not only for community members but also for visitors from local churches and port volunteers to pray throughout the port visit. “When visitors come into the room, there’s an immediate sense of family and engagement in the Lord together because we share the same heart, vision and desire,” Lina said. The room is opened to all at any time of the day.

Another new initiative is the combination of prayer, evangelism and even worship. The idea is not to have a separation in ministry category but to share a connection throughout the three different forms of intercession. In Dordrecht, several walks combining both prayer and evangelism took place. “We are surprised at how effective that has been as we meet people whose hearts God has prepared,” said Riverboat Director Peter Nicoll (South Africa) at the end of the port visit. Prayer and evangelistic walks will continue twice daily in the rest of the ports.

When community member Charice* (Africa) participated in a prayer and evangelistic walk around the immigrant neighbourhood just outside the ship in Dordrecht, she prayed that God would awaken His church to reach out to people in the neighbourhood. As she prayed for open doors, a door behind her opened. A Turkish man stood in the doorway and dropped his two bags of garbage, startled to see Charice right outside his home.

Charice recognised this as an answered prayer and an opportunity placed before her. She took out a ship flyer and invited the man to the ship. The man was pleasantly surprised that someone would come all the way to his home to talk and share with him. Before leaving, Charice left a copy of the Bible in Dutch with him, saying, “Read this book, it will give you life.”

Many other community members encountered similar experiences and were able to pray for the immigrants and locals they came in contact with.

Pray that hearts in Europe would be open and yearn for the hope of God as Riverboat community members, visitors and port volunteers press on in unceasing prayer. 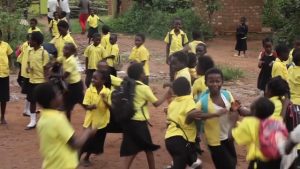 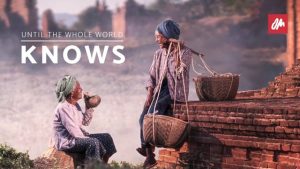 Beer bottles, confetti and the Gospel of John

MDT Love Europe – Missions Discipleship Training Germany    Go & Visit    18 August 2020 - 12 February 2021Missions Discipleship Training (MDT) is an intensive training program aimed at equipping you for a missional life wherever God calls you. We focus on growing you in your journey as a follower of Christ
Full Details
TeenStreet 2020- Service Team Germany    Go & Visit    28 July 2020 - 8 August 2020Around 500 amazing volunteers, the Service Team, help to make TeenStreet a reality by serving in practical ways.
Full Details
Global Experience at TeenStreet Germany Germany    Go & Visit    27 July 2020 - 8 August 2020Global Experience inspires believers about the Lord’s heart for a hurting world through creative experiential activities and motivates them to become involved in His work.
Full Details
Serving People – Volunteer at Hospitality Centre Germany    Go & Visit    Various Dates: See DetailsDo you enjoy serving people and want to make them feel loved and welcome? We need volunteers for our guest house where people get informed and mobilized for missions.
Full Details
TeenStreet 2020- Coach Germany    Go & Visit    1 August 2020 - 8 August 2020A Coach at TeenStreet leads a small group with a maximum of 6 teenagers of the same gender from the same country. Coaches are responsible for leading the small group times, keeping the teens accountable, spending personal time with each teen and being an adult friend.
Full Details
Florence, USA or Mosbach, Germany: Communications Coordinator Germany    Go & Live    As soon as possibleUse your special ability to co-ordinate, inspire and motivate through our internal and external communication providing a high standard of service to our stakeholders/partners and contribute towards our vision for the least reached.
Full Details
Mosbach, Germany or Florence USA: Online Marketing Manager Germany    Go & Live    As soon as possibleAre you drawn to the online world? Do you love technology?  Then we have an opportunity for you to use your skills to effectively promote and communicate the message of our ministry through social media!
Full Details
All Service Opportunities
All Visit Opportunities