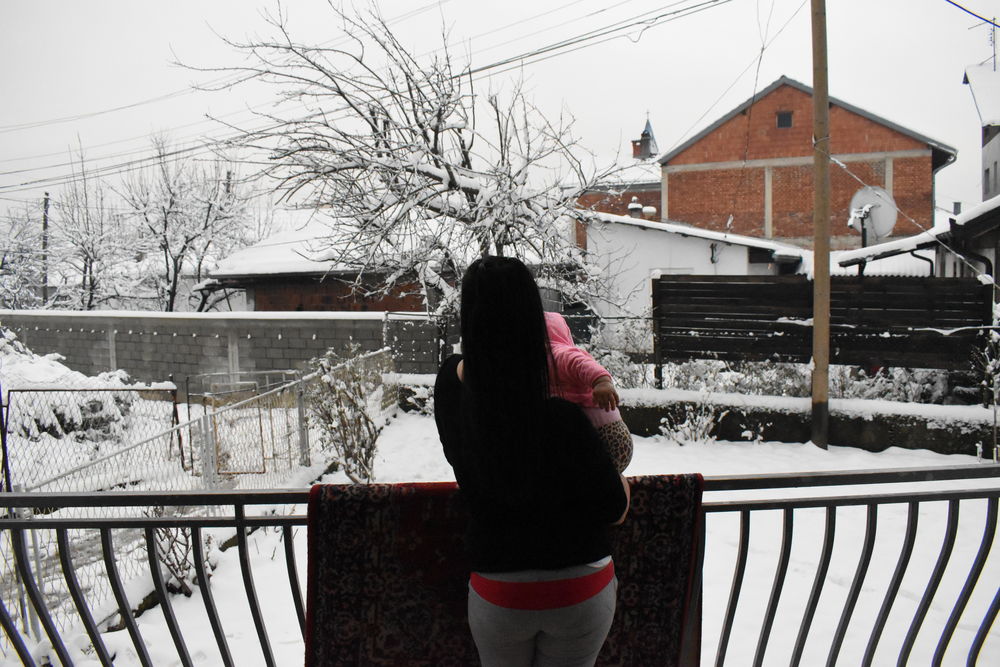 Anea's parents abandoned her when she was five. Although she was taken in by a grandparent, the rejection affected her deeply as she felt that the very people who should have protected, loved and cherished her would have nothing to do with her.

As a teenager trying to negotiate life without a parent's guidance, she fell in with the wrong crowd. They trafficked her and Anea was sold for sex repeatedly. When she first met an OM worker two years ago, she was in despair, but not yet willing to take radical steps to change her life.

Then she got pregnant. Anea was living with the father of the baby, but when she told him she was pregnant, he said he had never loved her and was engaged to someone in Western Europe. He said that his fiance had found out about Anea and was sending her brothers to kill her and that she could stay with him until the baby was born, but then was it. When Anea's water broke, he threw her out of the house and told her never to come back. He refused to take her to hospital, so, in desperation, Anea called a taxi.

With a new baby in her arms, Anea's choices were stark. Her grandparents had said she could come back, but only if she gave the baby to an orphanage. The alternative, so Anea thought, was homelessness; but she already loved the baby and refused to abandon it. The hospital took her to a local shelter where they taught her to care for the baby. When the government cut funding to the shelter it was suddenly closed. Again, Anea had nowhere to go with her tiny baby.

She got a taxi from the shelter to House of Joy. The staff were surprised to see a teenage girl with a tiny baby in her arms standing on the doorstep. Anea and her baby have been part of the House of Joy family ever since.

Anea's baby has given her the motivation to really change her life around and commit to everything that the programme at House of Joy has to offer. Anea is determined to give her daughter a better life than her own. She is studying hard and hopes to finish her school exams and continue in education. She knows that the House of Joy is a real family; they love her, and she has a home with them.

There are so many girls like Anea in Kosovo, trapped in a cycle of abuse and rejection. House of Joy is the only long-term reintegration centre in the country. Thanks to your prayers and support, it is able to continue to offer hope to those who are in such desperate need.

TeenCity, the reunion in France, for those who went to TeenStreet 2017

Sports for Children in Bangladesh

Church Planter Kosovo    Go & Live    As soon as possibleDo you want to see the gospel grow and spread in one of the most Muslim-majority countries in Europe? Would you like to study the Bible with new believers and those who have never opened its pages before?
Full Details
Discipler Kosovo    Go & Live    As soon as possibleIf you want to be part of an amazing transforming project in the heart of Europe then this is the opportunity for you!

In Kosovo there is an urgent need for strong, healthy groups of believers that can self-reproduce. The community of believers here is young and in many villages and towns, does not even exist.
Full Details
Media Creator Kosovo    Go & Live    As soon as possibleWould you like to use your media creation talents in new and unique ways to serve in an unreached part of Europe? Do you have a heart to come beside the local church, esteeming, training and equipping them to bring the good news to the lost in creative ways?
Full Details
Special needs Children and Youth worker Kosovo    Go & Live    As soon as possibleDo you have experience working with children with special needs or developmental disabilities? Do you have a heart to share the good news of Christ with socially isolated families in an unreached part of Europe?
Full Details
All Service Opportunities
All Visit Opportunities