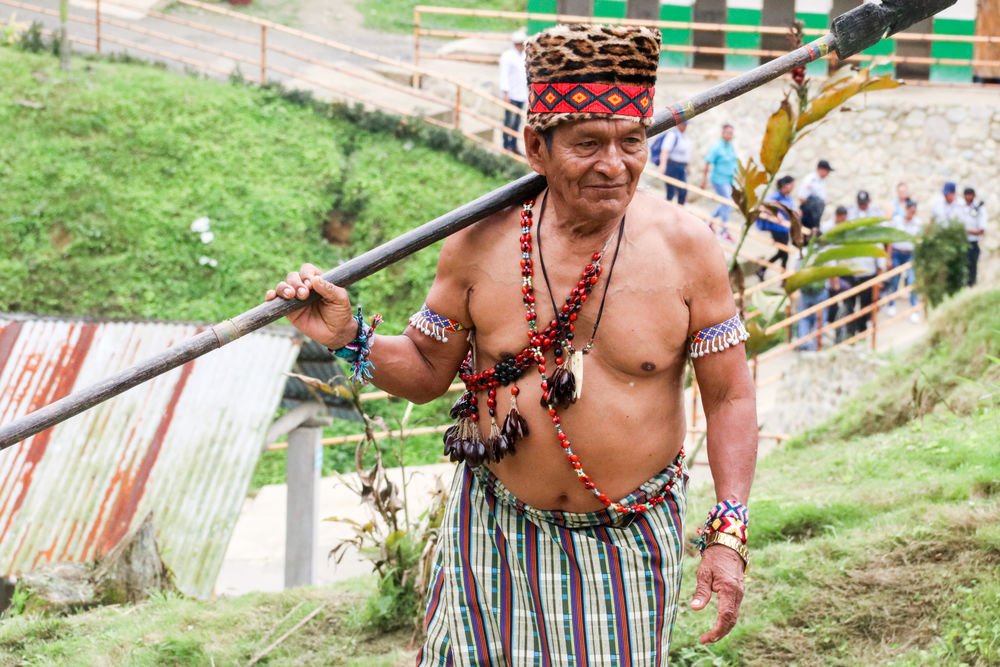 Volunteers went on a journey three hours away from Logos Hope to spend time connecting with a local community. The team split into four different groups: one for single mothers, one for children, one for elderly people and one for disabled children.

Nadine Betz (Germany), who was in a group with single mothers, expressed her gratitude at the opportunity to spend time and share her faith with them. She explained that simply being with them was precious; the volunteers played games and got to know the women a little better, and showed them love.

“We could share about who Jesus is and how valued they are; how pleased God is with them and how He heals our hearts, our brokenness. They were very attentive, it was beautiful to see that God wanted to use us to share with them. Their lives are so broken, but we were able to speak the truth,” Nadine said. The team gave the women Bibles, hoping those will impact the mothers’ lives.

In a group with elderly people, Travis Beene (Guatemala) reported that several people he spoke to seemed to think they had no purpose in life. “We took time to really invest in them. They were open to seeing what God’s purpose is for them, not just giving up hope,” Travis explained.

The team travelled to thermal springs, where they met an indigenous community with whom they connected. While the community understands Spanish, its members also speak their own native language. As the ship's volunteers shared the message of the gospel once more, two women opened up and confessed that they haven’t been able to understand God’s love since their parents died. After talking with the team, they thanked the crew for the reminder they had brought, of the reality of God’s love for them.

The community performed a traditional dance to indigenous music, which reminded some team members of spiritual darkness. Nevertheless crewmembers could sing a little later, in four different languages, praising God. “When you share the truth, it just changes the atmosphere,” Nadine said.

The ship’s volunteers prayed for the community in their own languages. Travis saw that people were moved to tears, despite not being able to understand the words of the prayers. He reflected that they had not been prayed over for a very long time – or even ever, for some, until that day. 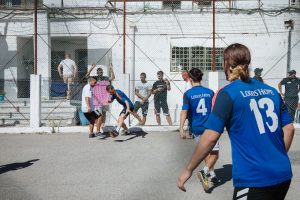 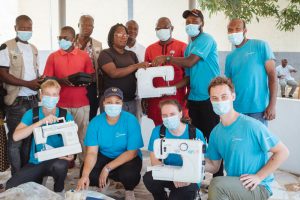 Doulos Hope: Content Creator – Visual Ships    Go & Live    February 2023Use your gifts to inspire and motivate through storytelling with high quality content and be a part of Ship Ministry team sharing knowledge, help and hope. Our Global Connections team on board Doulos Hope help provide finished written and visual content to inform and inspire the public and thank partners around the world.
Full Details
Doulos Hope: Baker Ships    Go & Live    February 2023As a baker, together with others you will produce quality baked items for those in the ship’s community (around 150 people) & the local visitors who come to our I-Café and events on board. Our purpose is two-fold; to feed, bless & encourage those serving in the ship’s community, and to provide items creating a hospitable environment to connect with our visitors.
Full Details
Logos Hope: Primary School Teacher Ships    Go & Live    As soon as possibleTeach our leaders’ children in small classes and invest in first-hand cultural experiences as you visit port cities around the world. Being a member of the on-board community you will receive spiritual input, while living in an international community and being involved in community activities both on-board and onshore. We are looking for qualified and flexible early years and primary teachers to join the school team, working with children within the 3-11 year age-range.
Full Details
Doulos Hope: Communications Manager Ships    Go & Live    February 2023Help us present Doulos Hope to the world as Communications Manager, also known as Global Connections Department Head.