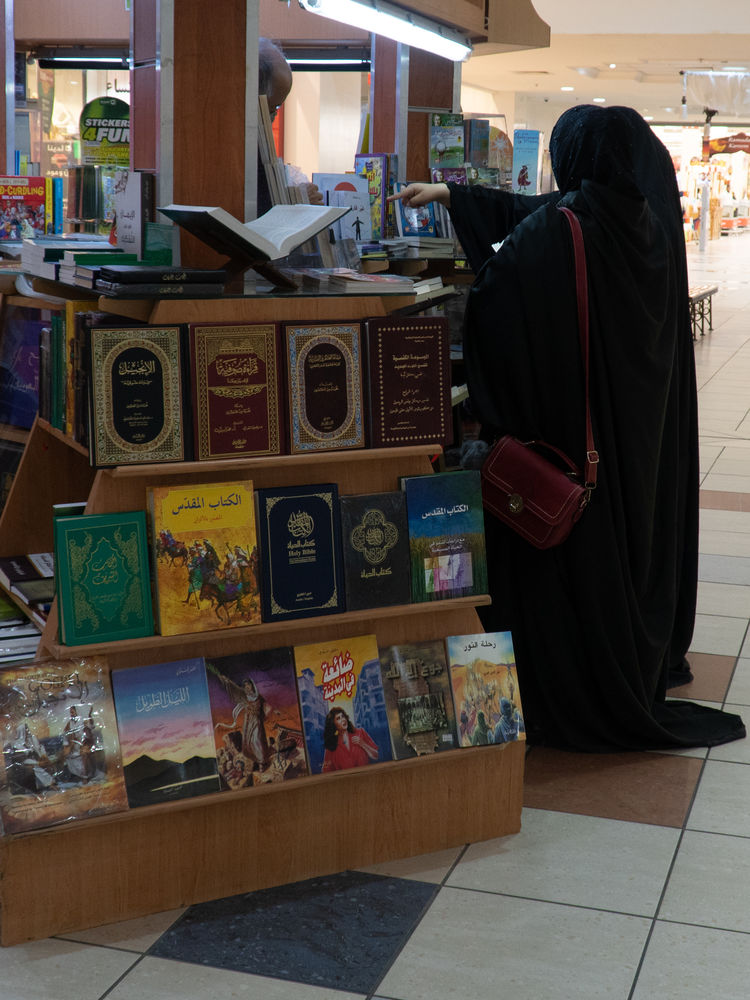 As a child, Janet* saw something in both her grandmothers that she wanted. “Their lives were the best translation of the Bible that I ever read,” she said.

Janet decided to follow Jesus at age eight and from then on, she had two passions in life: to know Jesus more and to make Him known. “When you know the love, the grace, the forgiveness, the kindness, the gentleness—when you know those virtues in your own life—you want to share that with others.”

Still, Janet might have been content to share God’s love in her own small British village forever if a group of servicemen from the Arabian Peninsula (AP) hadn’t shown up to test some equipment they had purchased. At that time, she’d never heard the words ‘Islam’ or ‘Muslim’.

Several of the men rented her sister’s guesthouse, and many came to Janet, a hairdresser, for regular trims. Those encounters were a turning point in her life. “The Lord gave me a real love for and interest in the Muslim world,” she said.

The connections continued for years after the men left—through long-distance conversations and visits when they returned to Janet’s village for vacation with their families. Janet began to wonder whether God wanted her to do more with the Muslim world.

A couple of ladies from her church happened to watch a programme featuring OM founder George Verwer on television. When they contacted him, they found out he would be visiting their area a couple weeks later. The women arranged for Janet to meet with him. As she listened to George talk about the work OM was doing, “I just thought my heart was going to burst,” she shared. “I was so excited listening to his story.”

When George left, he told Janet to contact him if she needed anything. But she didn’t plan to follow up. “I knew if I got in touch with him, he would have me in Saudi Arabia the next day,” she said, laughing.

For the next three weeks, Janet prayed that God would take away her urge to get involved in missions if it wasn’t from Him. Instead, it got stronger.

Janet’s first visit to the AP on a short-term missions trip was a challenging experience for her. “I just felt unusable, and it was a really difficult time,” she shared. “Yet the other leaders knew my story; they knew what was going on…I remember the man in charge at the time saying to me: ‘Janet, you will be surprised on this trip… I think you will find that you fit in very well.’”

The team visited a local neighbour with nine friends. “When they found out I was a hairdresser, they weren’t letting me leave until I was going to cut their hair,” Janet said. As she engaged with the ladies, she remembered the leader’s words. “God showed me that it doesn’t matter who we are; as long as we’re open and available, He can use it.”

After a few more short-term trips, Janet learnt about an opportunity to serve long-term in the AP by working part-time in a bookshop. “As soon as I came here, I felt like I’d come home,” she said.

As Janet interacted with people—women, students, migrant workers, professionals, retirees—through the bookshop, she realised that God was bringing her those He was already drawing to Himself. In the first six months, three migrant workers who spent time talking to her at the bookshop came to faith and were baptised.

During the beginning of Ramadan this year, Janet sold four Bibles to individuals whom she estimated to be in their late twenties, all “searching for truth and feeling that Islam was not giving them what they’re wanting, what they’re looking for.”

Another young woman who had been talking to Janet for a year and a half finally asked: “Janet, when you’ve been brought up [in Islam] and you know nothing different, how do you know the truth?”

“Ask God,” Janet replied. “If you really are seeking to know the truth, ask God, and He will show you.”

The one-on-one interactions at the bookshop suited Janet, who described herself as an introvert. “I was never brave; I was never adventurous, in fact, quite the opposite. I would say I was very fearful, I felt very inadequate and very weak,” she shared. “I’m amazed that God can even use someone like me.”

“It’s His love that compels me; it’s His compassion that drives me. Just the fact that many here are going to be lost for eternity, having never heard, that’s what propels me,” she summarised. “Even at 52, it’s worth it, just to embark on this journey with Him.”