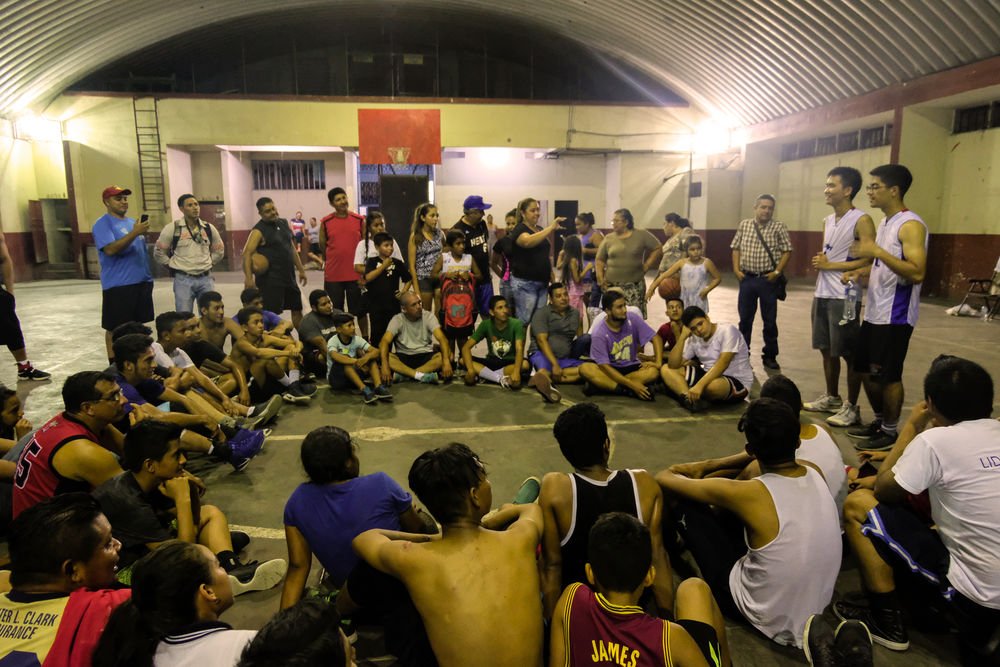 A team of Logos Hope's crewmembers had the opportunity to play basketball as a means of connecting with the local community. Expecting to play against a few people, when they arrived at the court the ship's volunteers found two teams of teenage and adult players as well as several women and children, who had come to watch the game and meet the international visitors.

Some of the Logos Hope crew started playing with the young men while the rest connected with people in the crowd. In an interval between play, Jackson Huang (East Asia) gave a talk. Since most of the crowd had been introduced to the crew and expressed their Christian faith, Jackson explained the importance of sharing our faith in order for the world to know the truth.

“I felt a difference,” Jackson said afterwards. “People came to me saying, ‘I really liked your message and feel challenged about that.’ And it was different in the next game. I felt like they knew they had to play for Jesus, instead of just playing aggressively.”

Other crewmembers had been bonding with the audience. Audrey* (Austria), built cardboard models of Logos Hope with the children and handed out literature about having a real relationship with God. Audrey realised that even though her team did not share the gospel to the whole group, the group could still see the love they had. “All they knew was that people came and spent time with them. Jesus said, ‘Because of the love you have for each other, they will know that you are my disciples.’” Audrey also spoke one-on-one with people later in the day.

Andrew Molina (USA), who was part of the team playing basketball, shared that he had realised there are many opportunities when connecting through sports, besides just playing. “God brought everything together,” he said. “We saw how the Body of Christ can work together. It was quite amazing.”

Andrew illustrated his point by explaining that, although Audrey could not play, she could share the gospel with people who didn’t have a personal relationship with God; while Jackson, who wasn’t able to share as much as he may have wanted to, played with both teams.

At the end of the day, Jackson left the entire audience with a challenge: to share their faith with one other person in the near future. 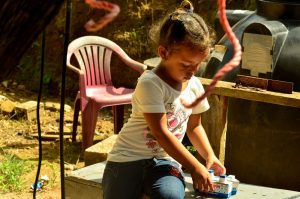 Logos Hope: 2 to 3 Months – Short Term Exposure Program on board Logos Hope Ships    Go & Live    As soon as possibleIf you are interested in short-term work with OM Ships International, then take the next STEP! Usually around two to three months, this programme gives participants a taste of world-wide service in a multicultural environment.
Full Details
Logos Hope: 1 or 2 years on Logos Hope! Get on Board! Ships    Go & Live    As soon as possibleOM Ships International (OMSI) is a faith mission funded through gifts and revenue from the bookfair on board. All crew and staff serve as volunteers who raise their own support.