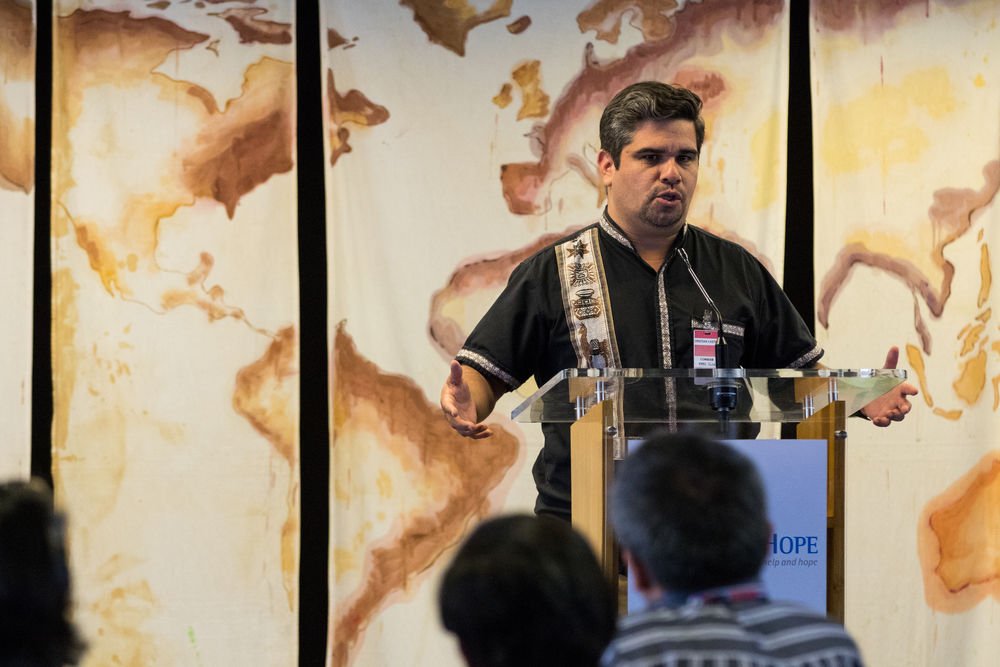 COMIBAM (Congreso Misionero IberoAmericano in Spanish, meaning ‘Ibero-American Missionary Cooperation’) is an umbrella organisation which brings together mission agencies in 25 countries, including Spain and Portugal; plus Hispanic-run outreaches in the United States and Canada.

The network was formed in 1987, at the first Iberoamerican missionary conference in Sao Paulo, Brazil. COMIBAM facilitates collaboration among national missionary movements, churches and organisations, as well as offering training and support for missionaries and connecting them to opportunities with partner groups around the world.

Logos Hope’s tour of Latin America is in conjuction with COMIBAM; whose national missionary cooperatives in the various countries the ship is calling in have supported and promoted the vessel’s activities.

One aspect of this collaboration was the staging of the 2018 Iberoamerican gathering of missionary agencies on board Logos Hope in Panama. The unique multinational platform allowed organisations’ leaders to strategise for mission on a global scale. Over the course of three days, the delegates assessed the current state of missions and looked ahead to what coming years may bring. Their goal was to explore how each team might improve, individually and collectively.

“We received phenomenal support from OM Latin America and the ship, to host us and take care of us, and we are very grateful,” acknowledged Decio de Carvalho (Brazil), Executive Director of COMIBAM and an alumnus of the vessels Logos and Doulos. He continued: “The event was for the leaders of missionary agencies, churches and organisations that send out missionaries. It was a wonderful opportunity, and it was beautiful for these brothers and sisters to observe what collaborating in God’s mission work looks like.”

Ninety-seven leaders from over 30 different nations attended, representing more than 40 organisations. Some of the leaders had also served with OM and even on board forerunner ships to Logos Hope.

Allan Matamoros (Costa Rica), Field Director of COMIBAM International, shared that he perceived a spirit of collaboration between OM’s vision – of seeing vibrant communities of Jesus followers among the least reached – and COMIBAM's aims to reach indigenous and isolated people groups with the gospel. Several leaders commented on the unity found in the joint effort and were encouraged to continue in their shared vision and purpose, for God's kingdom. 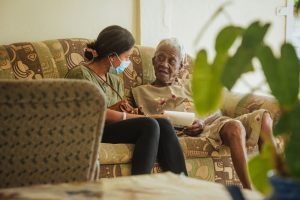 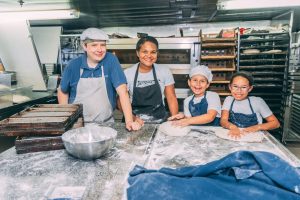 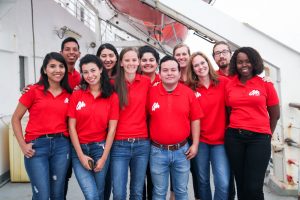 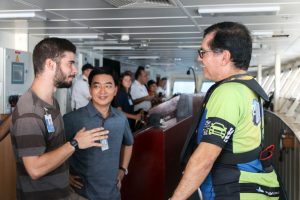 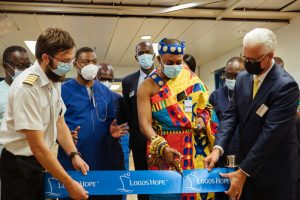 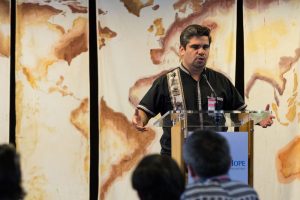 Working on board, you will be responsible for managing and supporting a small creative team that brings the stories of the Ship Ministry to life through writing and design, photos and video, media relations and more as you travel from port to port.
Full Details
Information and Communications Technology Technical Engineer Ships    Go & Live    As soon as possibleThe overall goal is to provide strategic leadership in relation to disaster management, hardware/software analysis, architecture – infrastructure & security. As an ICT Technical Engineer, you will be responsible for all IT infrastructures (networks (LAN, WAN), servers, system software and tools, etc.) for OM Ships (Mosbach, Ships, Florence, remote users, etc.) in order for OMSI to be able to efficiently and effectively operate its IT tools.
Full Details
Doulos Hope: AV Technician Ships    Go & Live    February 2023In this role, you will oversee sound, lighting and video support for the public events and programmes run on board and onshore as well as for the internal programmes aboard MV Doulos Hope. Additionally you will be responsible for all meeting rooms’ audio and video systems.
Full Details
Changing Lives in Azuero Region Panama    Go & Visit    6 February 2023 - 12 February 2023Share the Gospel with the least reached communities in Azuero Region
Full Details
Logos Hope: First Engineer, Operations Ships    Go & Live    As soon as possibleJoin our international team of 400 people from 50 different nationalities. Have the opportunity to invest in young people and use your technical skills to keep a life-changing ministry operating. Being part of the on board community you will also receive personal input through daily team devotions and other ship events as well as the opportunity to experience the culture of the international crew and staff and the countries the ship visits.
Full Details
Finance Manager Mosbach, Germany or Florence, SC, USA Ships    Go & Live    As soon as possibleExists to manage key finance functions which are largely based in Florence and to ensure financial accounting support is provided as needed for good stewardship to support the ministry meeting its mission and vision in a way that honors God.
Full Details
All Service Opportunities
All Visit Opportunities