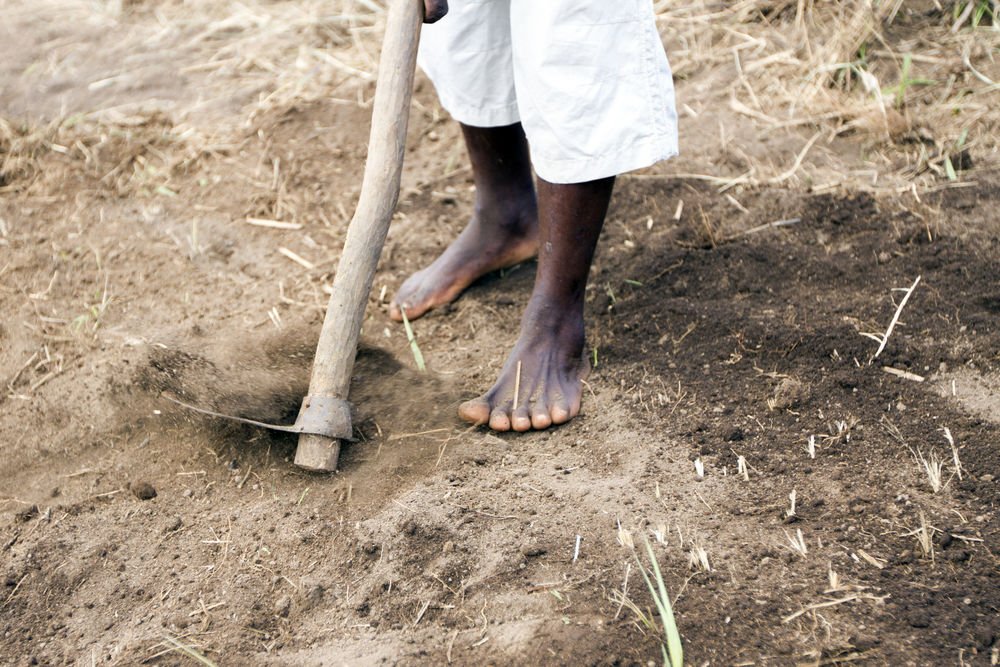 With the aim of helping the vulnerable in Kasama, the OM Project HOPE team in Zambia has always looked for ways to help sustain its projects. A farm that could generate income, as well as provide food, was the team’s dream from the beginning. Now, almost 20 years later, the seeds of that dream have sprouted with the provision of 100 hectares of farm land.

From helping the local community school to building a children’s shelter, many of the ministries in Kasama help children who lack nutrition. Often, families are only able to provide one meal a day, so, due to hunger, children end up begging on the streets. The OM team saw farming as a way of providing food for the feeding programme at Saikolo Community School as well as for the Home of Hope children’s shelter the team planned on starting. Growing cash crops and keeping animals would also generate income to help sustain the ministries.

The OM team had previously searched for land but were unable to find anything close to town. Travelling 40km to and from the farm was not a sustainable option. Praying for guidance, the team felt God urge them to approach the area chief, who was in charge of land distribution.

“I was so nervous as we were waiting in the [home] of the chief. After hearing the negative responses for other cases of land, I had no confidence that I could pass the vision to him,” admitted Francis Chileshe, the OM team leader in Kasama. When it was Francis’ turn, he carefully gave the application to the chief. In front of the consulting team and everyone in the queue, the chief loudly announced that Francis and the team were asking for land to help vulnerable children. “I thought he would say, ‘How do I know [you] are genuine?’ Instead, he asked others how anyone could reject this project,” Francis stated, positive that the Lord had touched the chief.

The chief promised 100 hectares of land for free in an area close to where Home of Hope, the children’s shelter, would be—despite the fact that many people were ready to offer money for that land. He also called an area leader to meet Francis. After meeting on a Friday, the chief promised to give OM the land on Monday which was not the usual process. “The chief was so excited that he even came to the village committee meeting to make sure OM would get [good] land,” shared Francis. The OM team received a large parcel of land right beside the road.

OM plans to grow maize and cassava to provide a steady income of money and food. The team will also grow soybeans to provide some protein for the children’s meals, and there will be an area for chickens and goats. The team also consulted an agriculture expert from the government to help them plan. “This will help us to manage the farm efficiently and also benefit the community as they learn a better way of farming our land,” Francis said. In the future, the team would like to buy land next to a river for fish farming and growing vegetables.

“I pray that this farm could be a stable resource to support the children for the long term,” Francis said, grateful for how God provided the land. He trusts God will continue to provide the start-up costs for the farm, so that OM can buy seeds and hire labour to help clear and cultivate the land.

Please pray that God will provide the funds for the start-up costs of the farm. Pray that the farm will help the ministries in Kasama to be sustainable and that the children will benefit from the extra food. 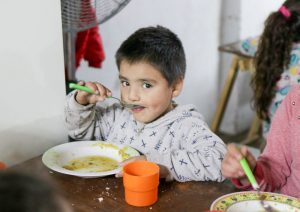 Woman Self Help Approach Coordinator Zambia    Go & Live    As soon as possibleDo you have heart to see women holistically empowered and living for Jesus?  Are you experienced in community development?  We are looking for someone to join the Women’s Empowerment Africa team, coordinating the growth of Self Help Groups in Sub-Saharan Africa.
Full Details
Transform Sesheke Zambia    Go & Visit    1 September 2022 - 10 September 2022Education, support to children and women drawn from vulnerable communities, and breaking the spirit of syncretism.
Full Details
AIDSLINK Area Representative Zambia    Go & Live    AnytimeThis position exist in order to be an advocate and consultant for HIV/AIDS ministries in Africa Area.
Full Details
Hope On The Streets For Children Trainer Zambia    Go & Live    As soon as possibleDo you have a heart for hurting children? Hope on the Streets for Children (HSC) trains people to understand and be empowered to help street and vulnerable children. HSC is looking for people to train and facilitate others who will establish projects to help children leave the streets and prevent others from living on the streets. We mobilize the church to do this.
Full Details
Hope Ndola Zambia    Go & Visit    21 September 2022 - 30 September 2022The purpose of this outreach is to give hope through the gospel to the minority Muslim community and vulnerable children.
Full Details
All Service Opportunities
All Visit Opportunities