Levi*, an OM field leader in Central Asia, had been out of his host country for several months on furlough with his family. A week after being back, on a blistering day in July, he drove out to a football field where several of his local friends were competing in a tournament. As Levi walked across the bright green grass towards the group of men sweating under the hot sun, a few guys broke off from the game to greet him and two guests. The match resumed, and Levi chatted with people on the sideline, waiting until the end of the game to catch up.

This easy friendship through football is part of what makes sports ministry so effective in Central Asia. Local men, especially, flock to group sport opportunities and often spend time together afterwards—at a sauna or in a nearby tea shop.

The other reason sports ministry works well, long-term OM worker Michael* noted, is because , unlike participating in something overtly Christian, there’s no barrier for Central Asians to participate in football, volleyball, track competitions or adventure sports. “[Central Asians] can’t separate being Muslim as part of their identity,” he said. “Even just to walk into a church building is really daunting for them, and counter-cultural and maybe offensive to their family.”

Sports ministry, however, is “being Jesus on the sports field and in the community,” he said. As Central Asians interact with Christians—locals and foreigners alike—on the playing field, “we’re able to break down some of the stereotypes of who Christians are and through that start some discipleship as well.”

“Why do you like playing with the foreigners?” Levi asked his friend Erkin* upon his return to Central Asia.

“And you don’t lie when you play with us?” Levi countered.

“We learn not to,” Erkin said.

Levi provided some background on Erkin: “He’s a bit of a trouble maker on the field, but he’s very faithful in coming. He’s significantly noticed how we play and who we are. …There’s something that connects him. The prostitutes and the tax collectors hung around Jesus; there was some attraction. I’m hoping he’s experiencing some of that attraction to Jesus.”

Artyom*, one of a dozen OMers serving in their home country in Central Asia, has loved sports since he was a child. He graduated university with a professional coaching and teaching degree. Since it was illegal to share his faith with students while working at a government school, Artyom quit his 15-year career to pursue sports ministry full-time and formed his own football team.

“With one ball, you can gather lots of people,” he explained. “I was working for many years in a school, and I had a lot of contacts with teenagers. I can easily …get them together to play football. Even those who already graduated, they mostly can come.”

When setting up his new football team, Artyom invited another believer to join the coaching staff. He also approached Dima*, a former student from a Muslim family, who was interested in sports. “I invited him to have a coffee in the city, and I asked him, ‘Do you want to work together with me to train this football team?’” Artyom recalled.

“I explained to him that we will play a different football—not the one that people usually play. We will try to play fair.”

Dima quickly connected with Vanya*, Artyom’s assistant coach. One day, the three men went to the sauna together, and Vanya shared his testimony. “After that, Dima started to become closer to us. Our relationship grew,” Artyom shared.

Artyom and Vanya invited Dima to other meetings and gatherings of believers involved with sports. “In the last months, he’s become very close to us, with our family, too. He comes and visits us often.” Artyom said. “He didn’t make the step to receive Jesus yet, but we are waiting for that day. We are praying.”

Many OMers involved in sports ministry have similar stories. The playing field provides a connection point; the journey of discipleship continues around the game.

Michael, for example, met his friend Alexy* five years ago. Michael was invited to play football with some guys, and, through that invitation, he connected to another group of football players. “Alexy introduced himself, and there was something there—we immediately clicked,” Michael shared. “It probably helped that he could practice English with me. I was very new to [the Central Asian] language at the time. We found we had a lot of similarities as well … This started a deeper friendship.”

Besides playing sports together, the two men’s families also began connecting. Meanwhile, Michael was upfront about his motives. “The first meeting I shared with him what we were doing through sports, looking for opportunity to connect and change behaviour through sport,” he said. “Our friendship blossomed through that.”

As the men grew closer, Alexy shared more of his story. He had a “very typical” Central Asian upbringing, Michael described. His mother moved cities (with her children) twice before Alexy turned 10, the second time to escape his abusive step-father. At nine years old, Alexy pumped gas to make ends meet for his family, sometimes standing outside in -40°C (-40°F). “If the family made 2 or 3 USD per day, that was enough to sustain them,” Michael said.

Since his childhood, Alexy has had many different jobs, Michael reported. Currently, he has a good IT position and comes to the sports programme regularly. “From that point, I noticed that his lifestyle has changed: He stopped smoking, he stopped drinking, his behaviour started to change, his attitude started to change,” Michael said.

“As we’ve been journeying, I’ve been sharing bits of the gospel with him. He’s open to God and believes there must be a God. But he doesn’t understand Jesus.”

A major road rage incident a couple years ago landed Alexy in jail.

“As I was sitting in the jail cell, I started to think, ‘What am I doing with my life?’” he told Michael. “At that moment of desperation, I realised I couldn’t get myself out of this situation, and I called out to God.”

God heard that cry. Alexy was released from jail, and the person involved in the road rage incident did not press charges. “At that point, I was able to share the Good News story with him. He hasn’t made a decision for Christ, but he has said as a result of meeting our [sports] team, his life has changed.”

For Christmas, Michael gave Alexy a Bible. Soon afterwards, the men met together and talked about what it meant to be a father in a family. Michael shared the story of the prodigal son. “That story’s from the Bible,” Michael said. “This is how I see God as my father.”

“I think I need to start reading this Bible,” Alexy replied.

Time for the women

Although sports are more popular among men, two OMers also started an inter-organisational, cross-cultural women’s sports team in 2017. Two Central Asian girls and two foreigners invited young women from the area to join them for a volleyball club. The first week, 15 women came; other weeks only seven showed up. “Every week is different,” explained Kellie*, one of the OMers involved. “We don’t talk a lot while we’re playing, but afterward we go out for tea and the girls ask, ‘What are you doing here?’ And that’s an opportunity to share.”

Kellie noted that mentoring Maria*, a Central Asian believer who assists with the women’s team, is paramount. Because Maria’s position in the country is more permanent than foreign workers’, “we’re helping her to be the leader,” Kellie said.

Sports ministry is a good fit for Maria, who recently graduated university with a degree in physical education. Not only does she have a passion for sports, but she also has first-hand experience being eternally impacted on the playing field—she first heard about Jesus from a short-term sports mission team visiting the orphanage where she grew up.

The new women’s sports team is a good opportunity for girls who have limited access to sports clubs. Its purpose, she said, “is to build relationships with girls… and then do other important stuff.”

“If you build a really good relationship, you’re able to share with them,” she added.

Pray that more local leaders would be raised up to lead flourishing sports ministries across Central Asia. Pray that there would be more opportunities for believers to share the gospel with Muslims through connections on the playing field. 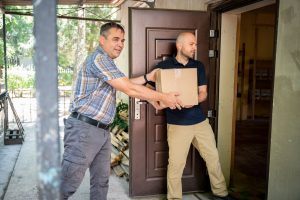 Are you the kind of health worker who wants to see people getting better on both aspects: physical and spiritual, by teaching basic health lessons? Willing to work among communities that are filled with animistic and folk Islamic health beliefs?  Then please keep on reading.
Full Details
Homeless Ministry Assistant Central Asia    Go & Live    As soon as possibleAs an assistant in this ministry you would come alongside other believers in feeding the poor and engaging in other tasks at a local homeless shelter. Your purpose would be to visit and encourage these souls in the darkest time of their lives.
Full Details
Project Manager Assistant Central Asia    Go & Live    As soon as possibleWe are looking for someone who will assist the project manager for House of Hope and thereafter take over. This job entitles working with Admin such as, Monthly financial reports that come from our company as well as writing reports for Caleb and keeping stories/news/communication about the project.

We need someone who has a heart to work with women in crisis and their children. This requires visiting them in their homes and developing relationships.
Full Details
Physio Therapist / Occupational Therapist Central Asia    Go & Live    As soon as possibleChildren at risk… of what or from whom you may ask? Many of them are at risk of being abandoned to a cold institution away from their home, friends and family! Our main goal is to see children living in healthy families where they can reach their potential in all areas: social, physical mental and spiritual. This is done through therapy, training, and providing the needed resources.

We need Your help! Are you a physical or occupational therapist? Willing to work in rural settings?  Read on!
Full Details
Business opportunity Central Asia    Go & Live    As soon as possibleIf you are talented in business and have a heart for the unreached, we’re looking for you! After being introduced to the culture and learning a local language you can set up a business in your area of expertise.

The type of business could be in agriculture, consulting, import & export, small manufacture, cafe and many other opportunities.... what business are YOU in?
Full Details
All Service Opportunities
All Visit Opportunities