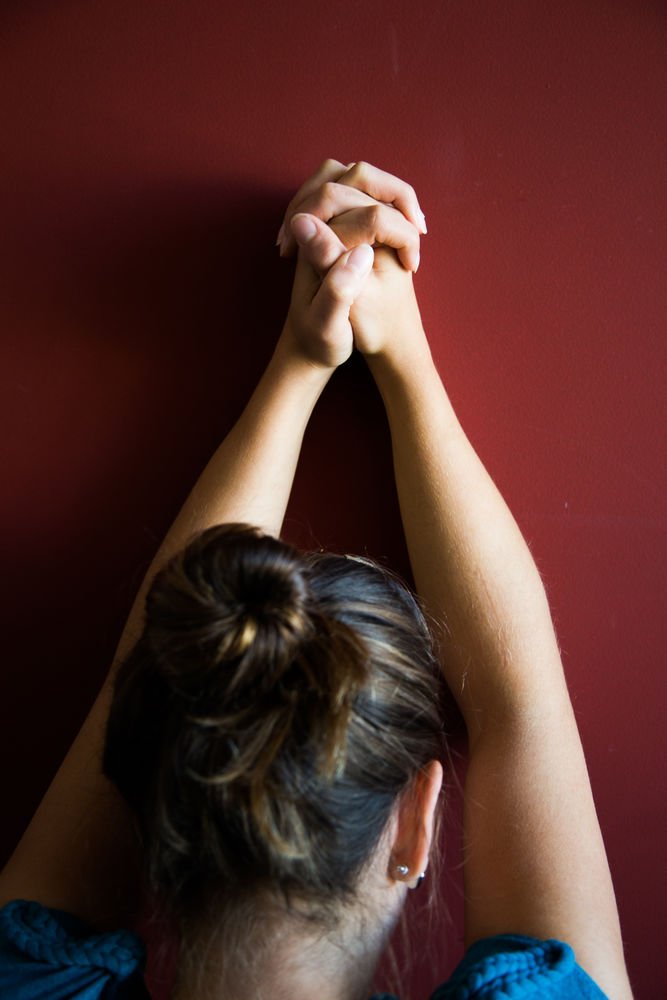 In the 1940s, Dorothea Clapp from New Jersey, USA, began to pray for the students at her neighbouring high school. For over 15 years, she prayed faithfully and asked God to change the world through these young people. And God answered her prayers!

Dorothea Clapp gave a Gospel of John to one of these students and later he decided to follow Jesus. The student's name was George Verwer, who shortly afterwards founded OM. Dorothea Clapp remained a faithful prayer partner of George Verwer and OM for another 30 years.

Prayer remained a basic part of the growing work of OM. Thus, for example, the ships ministry of OM came into being after years of prayer. Until today, prayer is very important for George Verwer. Wherever he speaks, he prays for the world. In his article “Whatever happened to the prayer meetings?”, which he wrote about 40 years ago, he urgently directs the attention to the importance of prayer.

“We must recognise that an organisation like OM that serves in the frontline of spiritual ministry cannot exist without the covering of prayers,” confirms Lawrence Tong, International Director of OM since 2013. “OM was birthed and sustained by prayer and will continue to subsist through the prayers of God’s people. We cannot neglect this spiritual truth.” So OM teams all over the world still meet for prayer meetings and countless prayer partners all over the world support the OM work in prayer.

Prayer makes a difference–and the apparently inconspicuous prayers of a woman became a worldwide missionary organisation. Your prayer can also make a difference and we would be happy if you continued to support the work of OM in prayer!

“Prayer is the most important thing and the foundation of everything we do here. We have already experienced some awesome things: healing, liberation, provision. As a team we learn more and more to listen to the Holy Spirit and get pictures, visions, but also insight into other people's lives. We have found out that prayer and fasting have tremendous power.” – Stephan Schmidt, who is establishing the OM work in Lesotho

“When we think of wanting to see vibrant communities of Jesus followers among the least reached, prayer is not just critical but core. It is core because it reinforces our dependence on Him but more importantly it highlights that the mission is His. 'The harvest is plentiful' highlights the promise. 'The labourers are few' highlights the need. Pray therefore that the Lord of the Harvest highlights the call.” – Seelan Govender, CEO of OM Ships International

“TeenStreet is an event with over 4,000 people from about 20 countries and we feel that prayer for the youth at TeenStreet is the most important thing. We hope that young people in Europe will be hungry for a personal relationship with Jesus and that they will take responsibility for this relationship and follow it up. But it is also a challenge to make TeenStreet a safe and well-organised place and so, despite all the work, the blessing, favour and protection of Jesus is what we depend on.” – Hanna Schultz, TeenStreet Europe leadership team

“I live in a rural area where I, as a foreigner, am not allowed to go to church or speak openly about my faith. That’s why prayer is important. Some local believers tell us about the churches and how we can pray for them. Many of these new believers face pressure to either recant or are told to leave their village. Through prayer, we trust in a God who is greater than our limits.” – Paul A.*, worker in a closed country

Eventmanager Teenstreet Germany    Go & Live    As soon as possibleWe are looking for you for the
event management of
TeenStreet (full time)
Full Details
Bookkeeper Germany    Go & Live    As soon as possibleAs a bookkeeper serving on the mission field, you will provide much-needed support to the accountant on the OM team, and you will fulfil a vital ministry role toward the purpose of seeing more vibrant communities of Jesus followers among the least reached. We are looking for knowledgeable, detail-oriented individuals who will handle the paperwork associated with OM's business and ministry transactions, including petty cash, data entry, bills, accounts, banking and record keeping. Participation in local ministry and team life may also be aspects of your role
Full Details
Berlin September Outreach Germany    Go & Visit    1 September 2023 - 10 September 2023We long to see many people turn to Christ in Berlin, especially among Turkish-speaking immigrants, but also among all Muslim immigrants. This outreach will serve as a tool to share the Gospel with these communities.
Full Details
TeenStreet Europe Germany    Go & Visit    29 July 2023 - 5 August 2023To Mobilise Teenagers into a deeper relationship with Jesus
Full Details
Berlin Easter Outreach 2023 Germany    Go & Visit    6 April 2023 - 10 April 2023We want to share the good news – and the real meaning of Easter – with the people of Berlin, with a focus on the immigrant community. At the same time we would like to encourage the participants in their walk with God and to help them learn and grow in boldness with regards to evangelism.
Full Details
OM Arts Outreach Berlin Germany    Go & Visit    27 April 2023 - 1 May 2023To create a space where people can encounter God through beauty, and in so doing invite them to hear the most beautiful story of all – the Gospel!
Full Details
Fachkraft für Büro und Verwaltung Germany    Go & Live    As soon as possibleDu magst Ordnung und verwaltest daher gerne Dokumente. Außerdem magst du es administrative Dinge im Hintergrund zu gestalten, damit die Arbeit im Vordergrund flüssig läuft. Wenn dir das liegt und du gerne in einem christlichen Umfeld arbeiten möchtest, dann bist du bei uns genau richtig!
Full Details
Buchhalter/in Germany    Go & Live    February 2019Wir suchen zur Verstärkung unseres Teams eine/n Buchhaler/in. Zu den Aufgaben gehören
- Durchführung von Debitoren- und Kreditorenbuchhaltung
- Kontenabstimmung
- Interne Umbuchungen
- Mitwirkung an Monats- und Jahresabschlüssen