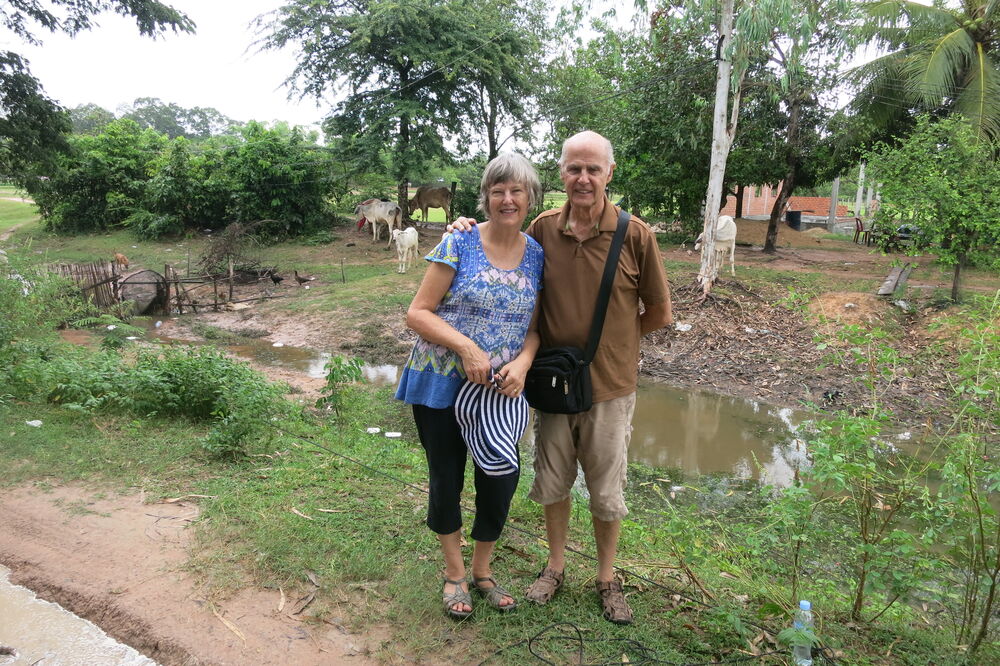 For Kiwis Pam and Alan prayer is woven into the fabric of their daily lives. “I just cannot imagine a life without prayer,” Pam said. “It’s wonderful now to have a long history of His faithfulness.”

“Sometimes prayer is easy; sometimes it’s hard, but it’s a hugely important part of a productive life,” she continued.

Alan added: “the Word of God is a very, very important element in my prayers.” He claims the promises of God and saturates himself in Scripture, confident that God holds the answer. “It might not come to me straight away, it may be delayed, but it’s wonderful to have that confidence that God knows; He will answer the prayer in His way at His time.”

Both believers from a young age, the couple met at Bible College, got married and will soon celebrate 50 years of marriage. Involvement in missions has long been a part of their lives. While still single, Pam, a registered nurse, trained in linguistics and worked on a short-term basis in a New Guinea village. “That was a very stretching time when I found out I really loved sharing my life with others, but I was no good at linguistics,” she admitted. God had everything in control and provided both Pam and Alan opportunities to show His love to others. Alan felt a strong call to be a pastor, and after getting married, they spent the next 40 years pastoring and went on short-term mission trips annually.

Decades later, part of Alan’s work was to help churches transition into new leadership and do consultancy work within New Zealand for his denomination. One of his assignments involved guiding a church through a particularly hard time. Alan said that the only way he could cope that year was to walk around the church’s auditorium every morning and sing praises to God in a loud voice. “I would quote Scripture and declare the promises of God. It didn’t make the situation easier, but it gave confidence and hope. In time, the tide turned, and we praise God for that.”

In their mid-sixties, Pam and Alan retired. Sort of. “You don’t retire and suddenly that’s it,” Alan explained. “You just continue on involved in the Kingdom but with some changes.” Having met various people connected with OM over the years, they became involved on a full-time basis, travelling to various countries in Southeast Asia. They provided help and insight through leadership transitions as well as serving as interim leaders for those needing a break.

The couple has witnessed God answer many prayers over the years. While leading Mercy Teams International (MTI), they saw how God provided when things looked bleak. Alan remembered how a donor decided to stop sponsoring seven children. This was a devasting blow, and, as newcomers, Pam and Alan had very few people to call and no network to fall back on. The first step they took was to pray and seek God and His will. Within a week, all seven children were sponsored once again.

Time and time again, Pam and Alan cried out to God for finances, and He came through on each occasion. Early on they were advised the ministry would have to be shut down in three months time due to a lack of funds. Then three months turned into six, and two years later there was more money in the bank account than when they started. “That’s just the faithfulness of God,” said Alan.

Two years full-time with MTI was followed by seven years part-time. Pam and Alan consider the step they took in their ‘retirement’—from pastoring into overseas missions—the most significant in their lives and feel deeply grateful to God for taking them into this new sphere of service. They recommend it to others and advise those interested in missions to “read appropriate books in preparation, be as adaptable as possible, be a lifelong learner and lean on God in everything.”

Pam and Alan currently reside in Australia where mentoring, volunteering at the local OM office, encouraging missionaries and national leaders through letters, plus praying for the global work holds their attention and their hearts. Alan provides free resources for new Christians in English and Khmer, pastors and church leaders at Ministry with Purpose.