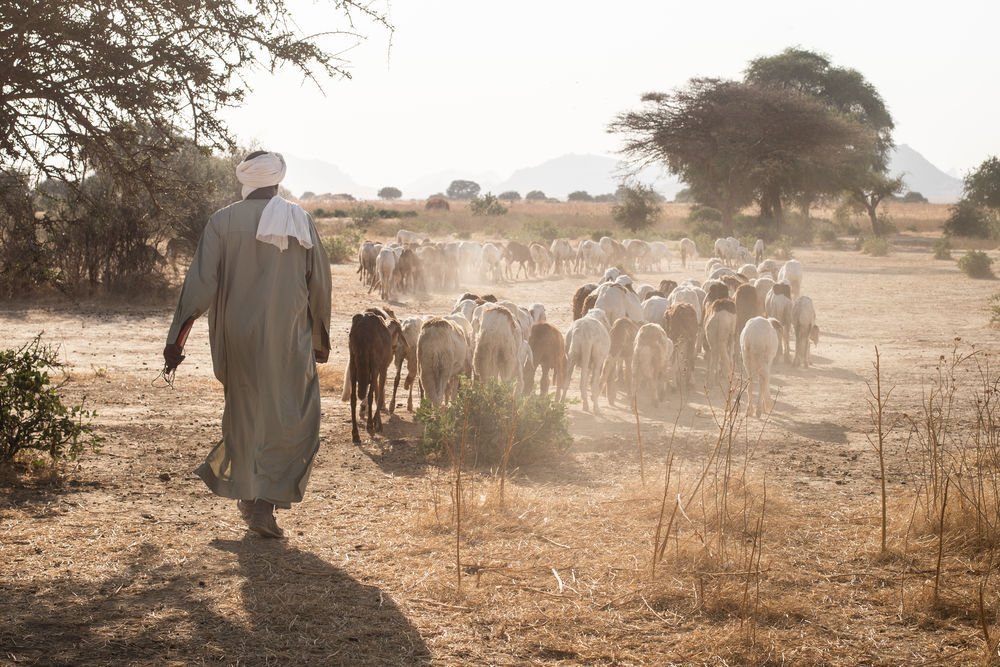 “I didn’t want to come to central North Africa. I had other plans,” explained Peter* from Zambia. “…Actually my desire was to go to India. Why India? Because of the many friends of my father who were Indian and converted my father to Islam. So maybe I would say I wanted to go to India to convert them all to Christ.

“Fortunately — or unfortunately — when the doors were not opening to India I decided I should go to central North Africa because they are also Muslims.”

In 2004, after completing missions training with Pro Christo (who would later merge with OM in 2009 to form OM Zambia), Peter and fellow Zambian missionary Joseph* arrived in central North Africa. Even though they had done research beforehand, the pair were surprised by the level of poverty they encountered and how underdeveloped the country was. “We come from what they call a ‘third world country’, but what we saw when we arrived was something else. I think it made us appreciate Zambia even though we also don’t have much,” Peter remembered.

“There were more culture shocks that were waiting for us. The behaviour of people, the way people eat, the kind of food. It was the first time for us as Zambians to see people mix okra with meat or fish. It was kind of like ‘oh yuck, these people! How can they eat things like that?’ So it was very difficult. There were foods that when [people] prepared them, you smell the smell and think ‘is this what we are going to eat?’ Even when you are eating, you just pray for the grace of God not to throw up.”

Peter and Joseph initially stayed in the capital to learn both French and Arabic but were soon advised to concentrate on French, as different areas of the country speak different dialects, and it would be better to learn the Arabic of the city they would later move to. For six months they learnt French in a school, after which they continued studying on their own through reading and talking with people. “Us [Africans], we speak many languages at one time,” said Peter who speaks nine languages himself. “And for some of us, like myself, learning languages is not a difficult thing; I learnt easily.”

English as a tool

In 2008 Joseph returned to Zambia to get married, and did not return, leaving Peter to move to the other side of the country alone. Peter started teaching English classes for another missions organisation as he learnt the local dialect of Arabic and navigated his way around the city.

“If you speak to young people, many would tell you that they want to leave; they are not positive about their country,” said Peter. “Everyone wants to learn English and then go to the States. So English is quite popular — that is why it is one of the tools that we use to reach out to the people.

“Here there is no open evangelism,” he continued. “So for you to do evangelism, you have to start some projects. Like a women’s project or sports. And then when you start these projects, you’ve got an audience with the people. They come, and in the process, one by one according to the leadership of the Holy Spirit, you start making some relationships. Because Muslim evangelism I think is all about relationships. First of all you have to have relationships with the people. Then, through that, you find opportunities to start sharing the gospel.”

Peter began his own English classes and was joined by a Zimbabwean missionary who started a sports ministry. Little by little, the work — as well as the team — grew.

“I think it was in 2011, that I started seeing the fruits of the work,” said Peter. “It is slow, but then there is some progress. …We are doing Bible Study with many people. Some of them will even tell you that ‘I believe that what you are saying is true and that the Bible is true, but I cannot become a Christian.’ Most of them it’s because of fear; the consequences of what can happen.” For many in central North Africa, the decision to follow Christ means risking losing family, friends and livelihood. Family is particularly important in the culture, as family members often live together and support one another.

Some new believers the OM team has led to Christ have had to flee the city to escape their family’s anger, while others haven’t told their families. A few have decided to let their actions and words spark conversation.

“I think in life the obstacle to what one can do is being satisfied with what you have already achieved. …Even though I am an ordinary person I serve an extraordinary God. Which means I always believe that there is something greater that God wants me to do than what has already happened now. That’s why I like challenges.”

Peter has already embraced his next challenge: moving on. “I feel [my] work is done here, and I must move on, and others can continue the work in central North Africa,” Peter said. “Once in a while, maybe like Paul used to do, I can come and visit. But my heart is now already in a neighbouring country.”