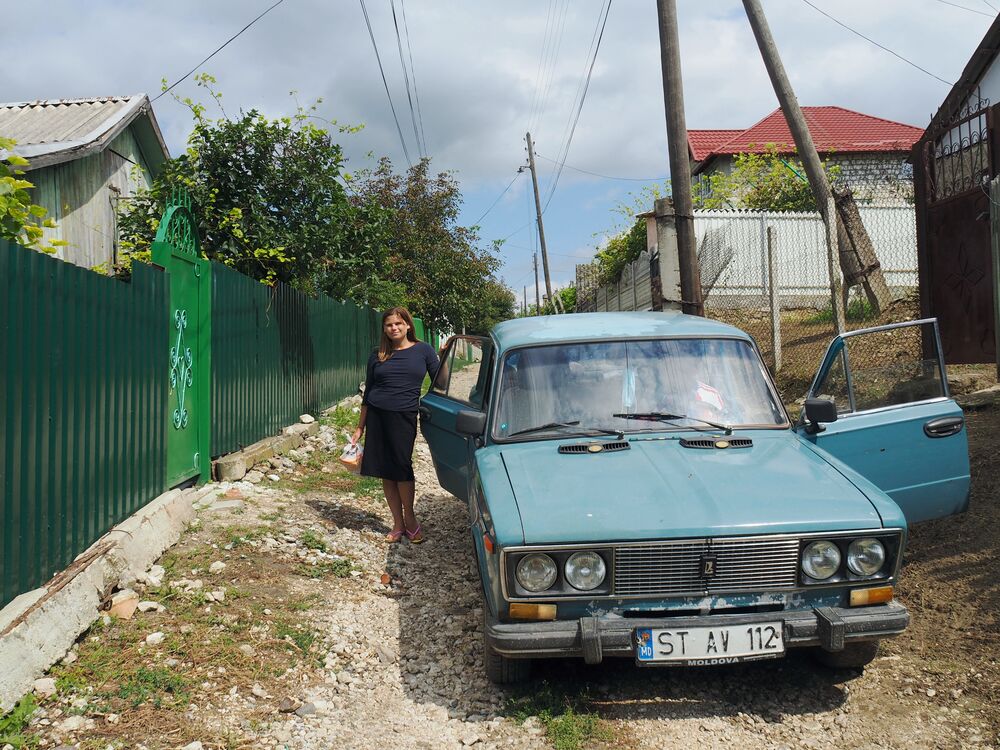 The eyes of the elderly in the Moldovan village of Vorniceni light up when they hear the familiar knock on the door and Catea walks in. They value her, not only because she daily brings them a warm meal and is ready to help them with tasks around their homes. They also value her fellowship and joyful nature and the words of hope she shares with them.

“I enjoy the way the elderly receive me into their homes and how they are waiting for me every day,” Catea says. Several years ago, nobody – including Catea herself – would have imagined her serving in this way. Catea (now 30) was one of Moldova’s many ‘social orphans’: children whose families are not able or willing to care for them, often due to poverty or alcoholism, or rejecting the child because of a disability. Most of these children eventually turn criminal, develop addictions, become victims of human trafficking, or commit suicide.

Born into a family marked by poverty, alcoholism and drug abuse, and being sent to an orphanage at age nine, there seemed little hope for Catea. Moreover, she suffers from a physical handicap – one of her legs being shorter than the other – which exposed her to additional contempt and ridicule. Leaving the orphanage when she came of age, Catea stayed in the capital city, where she engaged herself in all kinds of jobs, only to avoid returning to her family. Until her mid-twenties, she never experienced love or a healthy family life, never received affirmation or appreciation, and lacked all self-esteem.

A life turned upside down

“Everything changed in 2018,” Catea recalls. That year, one of her friends returned from Italy, where she had come to faith, and took Catea along to church. Catea embraced the gospel as soon as she understood it. Shortly afterwards, the church sent her to OM’s “Challenge into Missions” training: a ten-week course that helps Moldovan believers to grow in their faith and equips them to share Jesus with others.

“I’ve never really experienced friendships before,” Catea admitted to the group at the end of their time together. Through this close fellowship and the spiritual teaching, Catea grew in confidence and joy. There were conflicts, too, but feeling supported by OM team members when she struggled made a lasting impression on her.

“We see that this course helped Catea to become more mature in her faith,” her current ministry leaders say, “and she is now better able to handle differing opinions maturely.” Practical outreaches in Moldovan villages, which were part of the training, taught Catea how to share God’s love with others. “I learned how to start a conversation with people and share the gospel with them,” she describes the main skill she developed.

Although this also included the experience that people rejected their message, Catea did not become discouraged: “I understood that it is a seed, which may be remembered and bring fruit much later,” she explained. At the end of the course, she went home with a strong conviction that God can use her – exactly the way she is – and was eager to continue sharing the gospel. However, serving elderly was not on her mind at that time, and her home village even less so.

Serving her own village

Catea joined a small church in Lozova, where she got to know OM team members who were meeting community needs and sharing God’s love in Vorniceni, her home village. In 2020 they wanted to start an elderly care project – an initiative OM runs in several Moldovan villages, providing warm meals for elderly who live in dire need – but plans were put on hold by the coronavirus pandemic.

When a renewed start was prepared in early 2021, the lady who had previously agreed to deliver the food dropped out unexpectedly. At this point, Catea was asked if she could imagine starting this project. She admits that she was worried what people in the community might think, as they knew her and her background. Yet, seeing the need, she accepted.

“Will you really come every day?” people asked. “Nobody gives anything for free these days.” Or: “Will I receive less pension if I accept your help?” Catea was asked questions like these at the beginning, when many of the elderly found it hard to believe they’d receive help without cost or other obligations. When they saw that Catea was reliably coming on the promised five days each week, they started to ask her to also run errands for them: draw a bucket of water from the well or get something from the shop or pharmacy.

It is encouraging for Catea to see that she is needed and useful, because throughout her childhood she constantly heard the opposite, and the elderly are thankful for her assistance as well as her company. “Many are very lonely, have gone through hardships and are grateful for a listening ear,” she shares. All of them at one point were warned against receiving Catea by neighbours or relatives, who are prejudiced against her faith in Jesus. However, the elderly dismiss these warnings, seeing that those people do not help them, but Catea’s faith makes her show love to them. She even shows love towards her own mother, who caused Catea much grief and suffering, and who now also receives a meal through her.

Not all of the elderly are open to the gospel themselves, but some appreciate it when Catea shares about Jesus. Their eyes light up or fill with tears of gratitude when she reads from the Bible or prays for them. Some of the elderly died within the first months of the project, which is difficult for Catea, but shows the importance of her work all the more.
“What motivates me most, is that at the end of their life I can tell them about salvation,” she says. 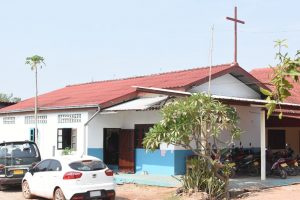