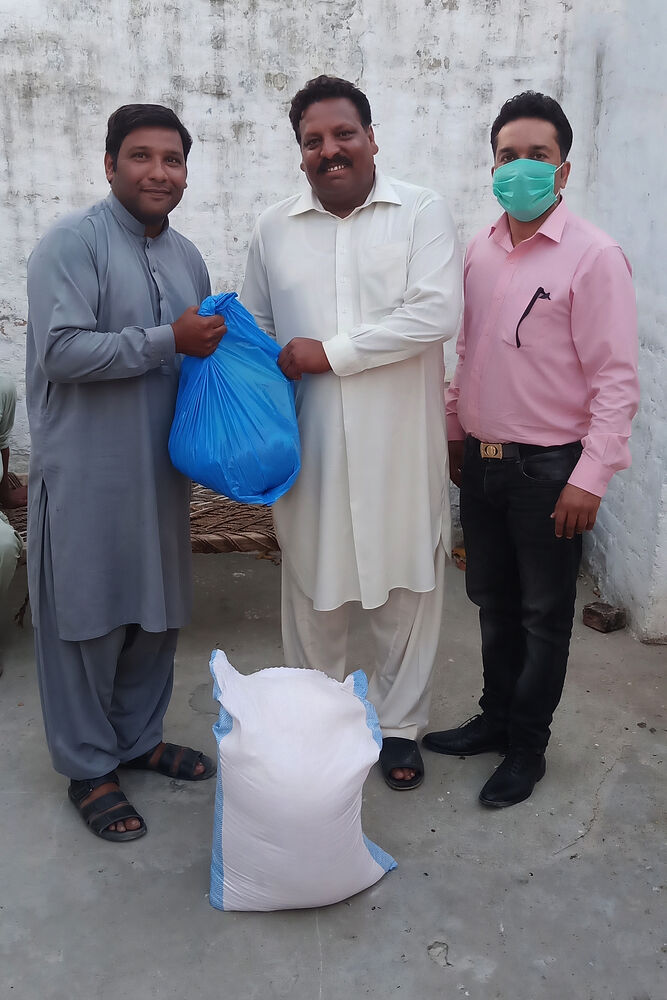 As news of the coronavirus pandemic ravaging countries like China, Italy and the US spread to South Asia, Samuel* started to worry about what would happen if the pandemic reached his own country. A global traveller, he knew of the amenities offered in those places: established healthcare systems, large houses with room for social distancing and isolation of sick individuals, refrigerators with ample food storage. “If these people are suffering, then what would happen in my country with such a high-density population?” he wondered.

Eventually, in April and May 2021, he found out. The second wave of the coronavirus devasted his country. Thousands of people contracted the virus and died. Hospitals ran out of oxygen and out of room. People were dying on the streets. Even those who did not get sick faced challenges as the economy shut down. “Millions of people lost their jobs, and millions of people were forced to migrate from the cities,” Samuel described.

The leader of a network of Jesus followers dedicated to sharing God’s love through Bible distribution, community development projects, educational projects, and training and development, Samuel began hearing reports from team members in rural communities of families starving. Prayerfully, in partnership with OM, he started a food distribution programme relying on established relationships to serve the most vulnerable people.

Though they offered encouragement and assistance to others in obedience to what they felt God calling them to do, Samuel and the other Jesus followers were not immune from the crisis. “Many of our team members suffered from the coronavirus, and a few of them were hospitalised. So for us, personally, it was challenging,” he shared.

Through reaching out to others, by faith, in the midst of the crisis, offering prayer and, in some cases, food relief packages, Samuel and the others experienced God move in the midst of the pandemic. “The Lord blessed that,” he said. “We saw new fellowships forming. In all of our lives, we have never shared the gospel with so many people.”

That, in turn, encouraged Samuel to continue serving. “Sharing the good news and touching others with the love of Jesus was the greatest strength for me personally,” he said.

Although Samuel and his wife spend much of their time coordinating the various teams’ relief efforts, they take part in distributions when possible and, above all, they look for every opportunity to share the good news of God’s love for people who don’t yet know Him. “We love to meet people,” Samuel said.

Amidst the activity of one food distribution in a predominantly Islamic area, held in conjunction with a pastor from a Muslim background, Samuel invited five Muslim leaders inside the church to share more about the heart behind the relief work. “I could share with them the gospel very clearly, and they committed to read the Word,” Samuel shared.

Soon Samuel plans to return to the area and host an inter-faith dialogue with even more Muslim religious leaders. The pandemic has facilitated increased openness to the gospel for many people because of the questions it’s raised, he said: “People are worried about where they’re going to go if they die. If they die, what’s their hope? What is the future? Where is God in the midst of all of this?”

He also used strict lock-down times, when in-person meetings were not possible, to lead online classes for fellow Jesus followers and church leaders around the world. Seeing how the Lord opened doors to teach other believers—as far away as the United Kingdom—encouraged Samuel to persevere.

Despite the ongoing risk of infection, Samuel has peace in God's plan for his life. “As long as we are here, the Lord is putting us here, we are serving Him, there’s great joy to share the good news with the people,” he said. “That's the promise we are holding.”

Although Samuel has had to adapt to changing conditions caused by the coronavirus pandemic, he has continued to faithfully follow a commitment he made to the Lord as a young man serving on board OM’s ship Doulos. One evening he was called to speak to several Urdu-speaking Muslim visitors to the vessel. “We had a good long conversation in our mother tongue, Urdu/Hindustani. Lastly, I gave them an Urdu New Testament to read,” he recalled. After the group left the ship, Samuel asked why he had been chosen to talk to them since he was the youngest crew member. Learning he was the only person amongst the 350 people on board who could speak Urdu shocked Samuel. “That day I re-committed my life to the Lord to serve among Urdu-speaking Muslims for the rest of my life,” he said.

Samuel’s own journey to faith started at the age of six, when his older sister joined OM in his country and shared about Jesus with their family. “I saw her life…the way she was a committed woman, and she loved the Lord. That really helped me to make the decision to follow the Lord,” he described of his own decision to follow Christ ten years later.

Though he rejoices in every opportunity to share the gospel, Samuel admitted that persecution is a reality for many Jesus followers in his country. “There are a lot of emotional challenges out there to see how the people will react to everything we do in everyday life, to share the good news, to connect to the people. There's always a fear of backlash from the community,” he said.

In addition, Muslims also face challenges when deciding to follow Jesus. Taught from childhood to accept the teachings of the Qur’an and brought up in Islamic families and communities, they struggle to overcome familial and social pressure, even after recognising the truth of the gospel message.

Pray for Samuel, his family and other Jesus followers in South Asia to continue to reach out to people and share God’s love, knowing that He is in control. Pray for protection so that they can serve their teams and communities. 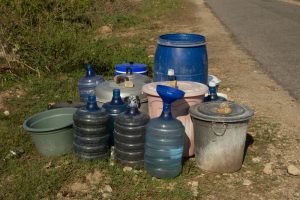