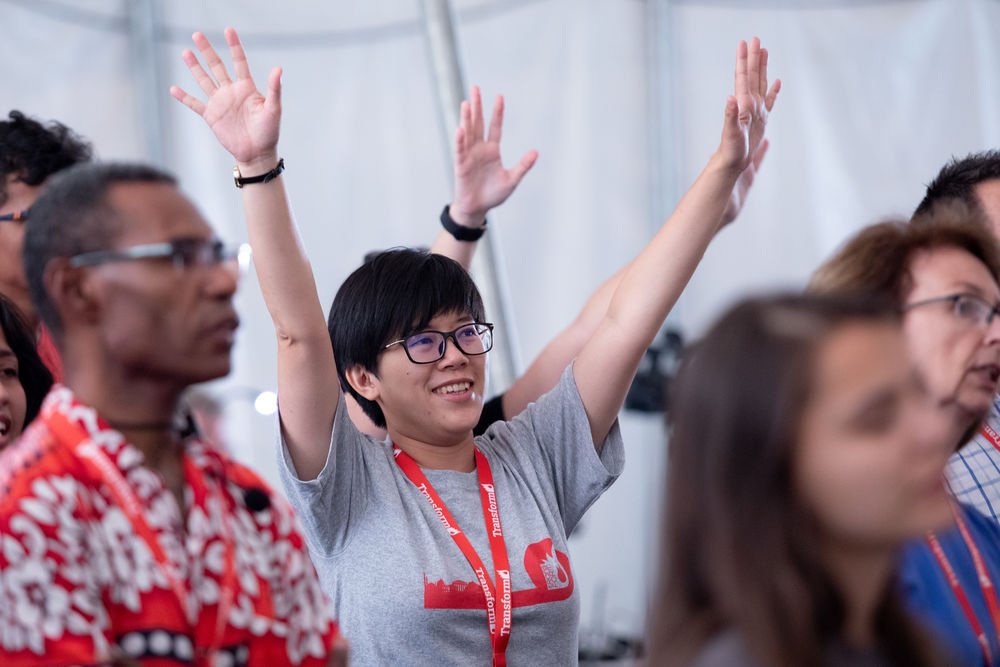 Lena*, 34, works as a Graphic Designer at home in Taiwan. She loves drawing and finds it an effective way to express her thoughts or illustrate what she feels God is telling her. She also seeks ways to encourage others and pray for them.

Lena believed herself to be a shy person, maybe too shy to be of use in missions and unable to give enough financially to be of real help. Yet she recognised God often helped her make friends. So, she decided to join Transform and see if God really could use her. She hoped, too, that she would learn more about the Middle East and about Muslims.

As a child, she grew up in a traditional family in Taiwan. Despite this, her mother took her and her brother to church. Then, when Lena was twelve, her mother, who was suffering from depression, took her own life. Her act of suicide broke Lena’s heart.

Preparing to follow her mother in death, Lena left her cell phone at home and went away to the mountains. On her way to a high cliff, Jesus stopped her. She knew the words in her heart had to come from the Lord, words like “No! I love you, you’re precious…. Turn back, somebody is waiting for you.” Crying, she turned, walked back and found her youth Bible study group praying for her. Not getting through to her by phone, they had been very concerned. It was through this experience Lena found salvation in Christ. Later, her father and brother also got saved.

In sharing about God’s call and her decision to join a short-term mission outreach, she admitted: “Of course, I am afraid, I’ve been running away from God for a long time.” Lena had been praying for Syria, asking God to send somebody to share His love with the Islamic State (IS) people. One day, while praying, she felt God redirect the challenge, asking: “What about you?”

Contemplating the question, Lena searched the internet for opportunities, thinking she could start by ministering to some of the many refugees from Syria. “Finding an option took a long time,” shared Lena, “but maybe I wasn’t ready before. God used this time to prepare me.”

Lena eventually made her choice and joined OM Europe’s Transform conference in Athens, Greece, together with around 150 people from five continents and 30 countries under the theme 'Unleashed'. After the conference, Lena went to share the love of God with Syrian refugees in Turkey.

When the outreach finished, Lena returned to Taiwan. But her adventure was not over. “After I came back to Taiwan, I met a Turk on the subway! I still had one Turkish Bible and gave it to him right away. It was fantastic, meeting a Turk in Taiwan is not common!”

Lena realised afterwards how God had shown her His love for all people, irrespective of their nationalities, and challenged her former perspectives. “I did not know anything about Turkey before my Transform outreach, but after experiencing the ministry, I realise their passions and kindness are much like the people of Taiwan, and even more gentle than I had thought. I am so impressed and would like to come back there again.

I cannot forget the refugees, especially the Syrian kids, and I felt that spending time with them in the refugee camp was the most important thing we did. However, we could not stay for very long, due to security reasons, and we all felt the refugee ministry time was too short. I miss them so much and hope to join a refugee ministry again another time.”

Lena is still praying for Syria: “One day the war will be over; Maybe one day I can go there—one of my desires is to one day be in Syria.”