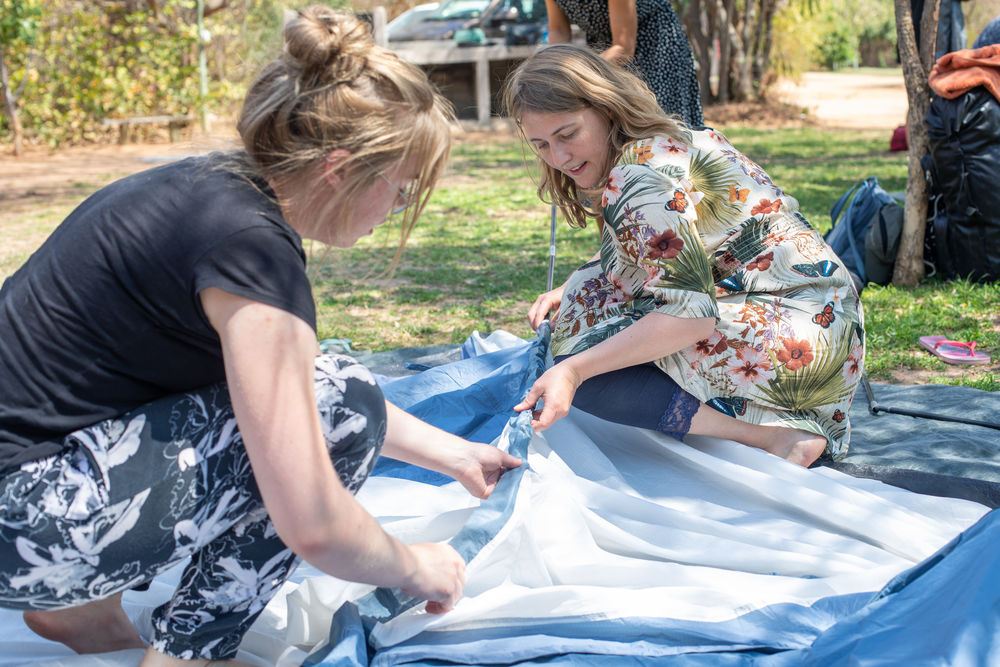 When a friend told Manuela that it was possible to have a relationship with God, she didn’t believe it. “I couldn’t imagine how that would work,” she remembered. “Relationships are only possible with people and God was so far away.”

Having grown up in a strict Catholic home, Manuela felt that following God meant completing items on a never-ending ‘to-do' list. By the time she moved out of her parents' house she no longer believed.

Then at the age of 22, Manuela began losing her hearing and learnt that God wasn’t far away at all.

In a dream she saw Jesus, bloody on the cross, calling for her to come to Him. At first, Manuela hesitated, but when He called her name for the third time she decided she had nothing to lose and went to Him. “And there I experienced the tremendous love of God. When I woke up in the morning I could still feel that love,” she said.

Though she experienced Christ’s love, she still didn’t quite believe it.

Walking home from work one day she found a DVD on the ground. On it, were testimonies of people who had a personal relationship with Jesus. “I was so fascinated,” Manuela explained, “that I decided I wanted to have that too.”

“[Deciding to follow Jesus] totally changed my life,” she said. “And it’s still changing. It’s like being on an adventure.”

One way Manuela shares Christ’s love is by going out onto the streets in Switzerland and talking with people. Going with a fellow Jesus-follower, Manuela relies on the Holy Spirit for what to say as: “I don’t have a clue really what’s going on in the discussion sometimes,” said Manuela, as she completely lost her hearing three years ago. “I have to interpret what’s happening and sense from God what question to ask or what to say. And the fantastic thing is that it works! Most of the time my partner tells me that it is (exactly what is needed).”

Continuing on the adventure, Manuela traded the Swiss Alps for the Namibian desert to participate in the Luke 24 Journey.

The Luke 24 Journey is a month-long programme that focuses on hearing God’s voice and living by faith and obedience. With no set schedule, the group asks and trusts the Lord for direction and guidance.

When Claudia, a friend who did the journey previously, volunteered to go as her interpreter, Manuela eagerly leapt at the chance.

The ten team members ranged from age 18 to 50 and came from across Europe. Together with their two Namibian leaders, they travelled approximately 3,500 kilometres around the country—gaining biblical knowledge, growing in their relationships with Christ, and learning practical ways to share His love along the way.

The team quickly became family as they ‘did life together.’ While communication could have been an issue as Manuela relies on a combination of sign language, lip-reading and having conversations typed out on an iPad, “the group was really open and all of them learnt the finger alphabet,” said Manuela.

From singing worship songs to sharing her testimony under a tree to preaching the gospel in a jail, Manuela sought to make Him known. “My strength is the output, not the hearing, the input,” she said. “My input is totally dependent on the voice of God or maybe my partner who is writing things down on a notepad.”

At the beginning of the trip, she prayed and received three names from God. Throughout the four-week journey, Manuela met people with each of the names God had laid on her heart and had the opportunity to encourage them and give each person a Bible verse.

One realisation Manuela had was that God had already prepared the whole journey before it even began—all the team needed to do was follow His voice. “And we can do the same in our everyday life,” Manuela urged. “Asking God to lead us and show us the way. We have to trust Him even if we don’t know where we are going or if it makes sense; just bravely go where He is guiding.” 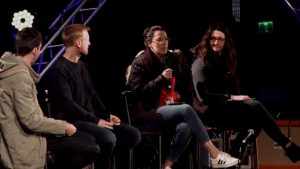 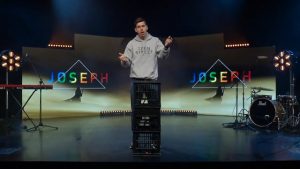