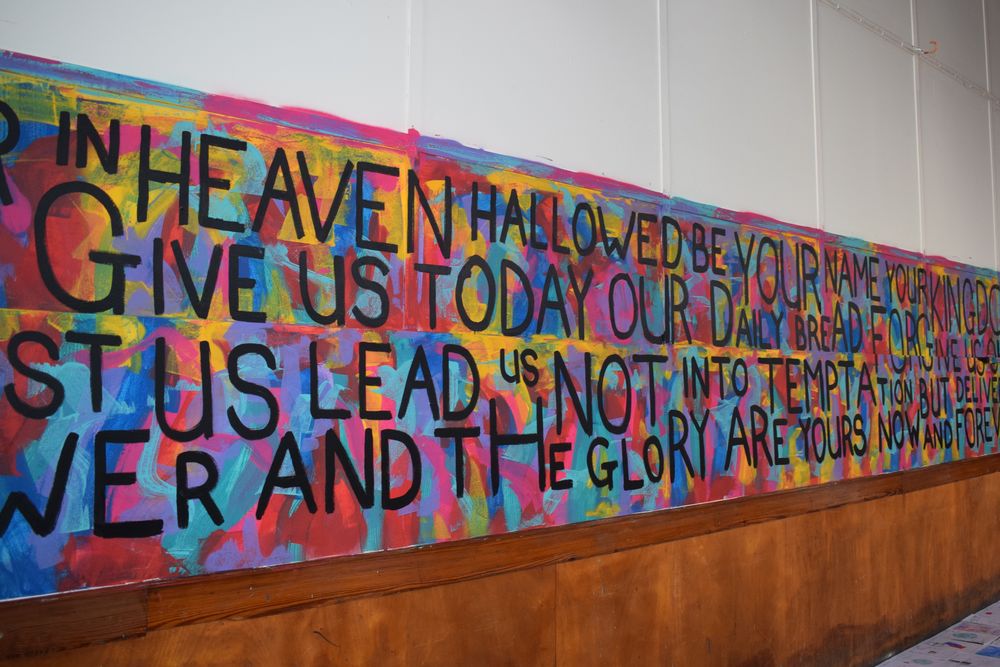 “The community were so open and friendly,” says Janice, leader of OM’s art ministry (ARTreach) in the UK, who recently helped organise an art exhibition in partnership with a local church in northern Manchester. The event was planned as part of the community-wide Cheetham Hill Cultural Festival in England. The area of Cheetham Hill is one of the most ethnically diverse areas in the UK; a 2011 census highlighted that 48 per cent of residents did not speak English as their first language.

The exhibition showcased various pieces of art from both Janice and others in the community. “There was one piece I painted that people visiting the exhibition gravitated to. I originally intended the painting to symbolise Jesus pouring out His life for us, and us having this treasure in jars of clay,” Janice explained.

However, for people with minimal knowledge of the Christian faith, this may have been an unusual concept, so “when people of other faiths showed an interest in the painting, I told them the story of the Samaritan women, and how Jesus is the living water, and how we can know Him.”

One man whom Janice spoke to was particularly interested by this story. “I was born a Muslim,” he said. “But just because you are born a Muslim, it doesn’t necessarily mean that is the truth. I have been looking into other religions because I want to know the truth”.

Janice was inspired, “hearing of the potential to host something at the church, as part of the festival.” Her vision for the event was to make connections with the local community and share the gospel with them through visual art.

She also wanted to “encourage the church that it can reach out to the community.” As people came and went, volunteers were on hand to talk to people and make them feel welcome.

Janice believes the event was a huge success, but it was not without its difficulties. “The church itself has only a very small congregation, made up of mainly elderly people,” says Janice. “The challenge was turning the hall into an art exhibition when no one on the team had done this before. It took three days to get the exhibition ready.”

One of the standout pieces of artwork from the weekend was one far more permanent than the rest of the exhibition. “It was amazing to see Chris Steinz, from the Netherlands, who came for just two days and managed to paint a whole wall in the hall with the Lord’s Prayer,” says Janice. “This hall is used in the winter as a night shelter for homeless men; what a testimony to have them lay down to sleep under the glow of the electric wall heaters and read the Lord’s Prayer.”