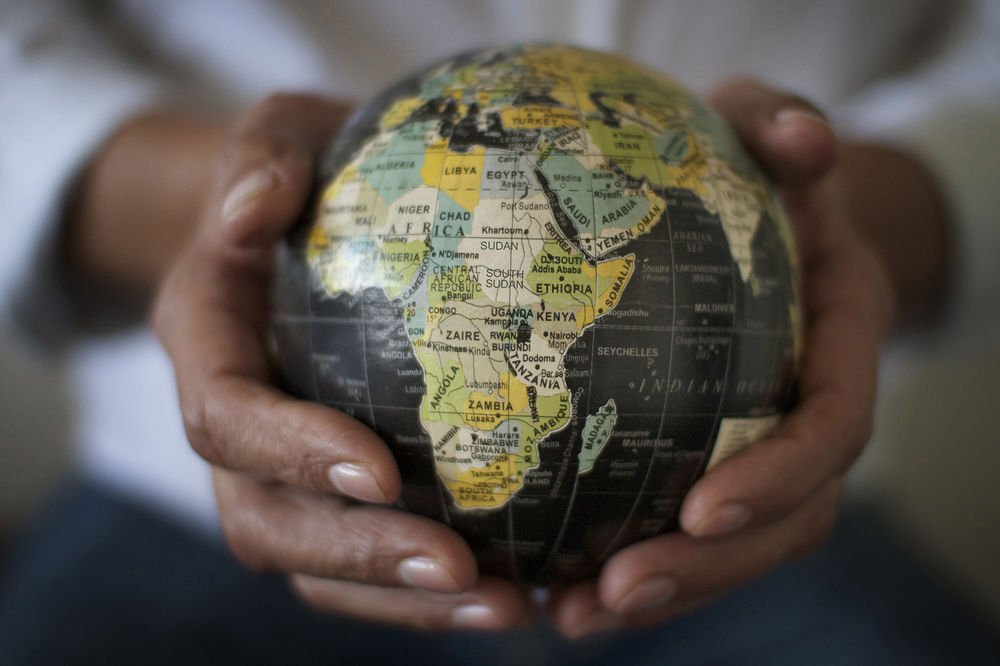 For almost 30 years, Pastor Alan* and his wife, Susana* (United States), have served throughout the Arab world. “Susana and I got engaged after I graduated from college, but she still had a year left to complete,” Pastor Alan remembered. “I went on a short-term mission trip to Mexico and loved it. I saw things I’d never seen before.

“That experience left me open to going on a year-long mission trip—which I did, that time to North Africa, during the year I was still waiting for Susana to graduate college so we could marry.”

During that year, Pastor Alan saw the great needs, both physical and spiritual, of North Africa. “Susana and I began to plan to go overseas as long-term missionaries after we married. So, I went to seminary, and after graduation, we left the States for the Arab world.

“I’ve been a pastor in the Arabian Peninsula from the very beginning of our time there. That’s what’s stamped in my passport,” Pastor Alan shared. “For many countries in the Arabian Gulf, the governments are open to Christians being there. Some have even given land to build churches in addition to visas for priests and pastors to come.

“There are even churches in these countries, but they are full of foreigners. In most of the countries in the Arabian Peninsula, there is no recognised indigenous church.

“Respect is a big thing,” Pastor Alan continued. “For example, in places like the United Arab Emirates, on special occasions like Christmas and Easter, government officials and people from Islamic affairs will attend a service just to show respect. They have designated 2019 as the year of tolerance and even published a book celebrating it. The book has ten chapters, and each one focuses on a different religion. There’s a chapter on Buddhism, Hinduism, Catholicism, Evangelicalism, the Coptic Church, the Orthodox Church, the Armenian church, etc. The forward was written by Sheikh Nahayan Mabarak Al Nahayan, the Minister of Tolerance in the country, who is part of the royal family. A well-known Muslim scholar also wrote about what it means to be tolerant within Islam.

“This book is a bestseller in the country, and the government is using it to say: ‘This is who we are’. It’s even against the law to speak negatively of anyone for having a different religion.

“This has opened up avenues to do things together on every level within the country. They will have open Islamic and Christianity dialogues. There will be a pastor and an imam, and they will come together and talk about a topic, like ‘Who was Jesus?’ And both sides will present what they believe. It’s not a debate; it’s meant to come from a place of understanding each other. The people there can ask questions, like, ‘What do you mean Jesus was God’s Son?’. And then afterwards, they all have a meal together.

“This is happening more and more, for several reasons. First, because Muslims want the world to know that they are not like ISIS. The average Muslim hates what ISIS represents. They say: ‘That’s not me, that’s not my god, and that’s not what I believe.’

“Second, there’s always been a sense of respect in the United Arab Emirates because it’s only been a country since 1972, and from the beginning, foreigners have been coming and going while doing international trade.

“Third, it’s simple economics. If people are happy and there’s freedom, then the country is a good place to do business and the economy will grow—which it has.

“One of the things I’ve been aware of in the last couple years, has been the number of Latinos coming to the Arabian Gulf.

“Culturally, there are similarities between Latin America and the Arabian Peninsula. One is physical appearance; there are so many stories of Latinos going to the Arabian Peninsula and people automatically speaking Arabic to them, because they think the Latinos are locals. Second, there is a late-night society very similar to some Latino cultures, where people will meet up and eat dinner late. Socially, Arabs are very relational people, and they love to share a shisha pipe socially, like how Latinos share mate or coffee.

“The number of Latinos in the Arabian Gulf has grown exponentially—and is still growing.

“It’s an exciting thing–and it also is why I am here in Latin America right now. I see this happening, and I feel like God is saying: ‘My Latino church is ready. Go help them come to the Arab world.’”

Praise God for Pastor Alan’s ministry in the Arabian Peninsula and for the cultural openness there to foreign Christian workers. Please pray for the seeds planted during conversations that lead to sharing about God, both personally and corporately. Pray for a local church to begin!

What about you? Like Pastor Alan said, the door is wide open for foreign Christian workers to come to the Arabian Peninsula. Are you open to going? Click here to find out more: www.om.org/en/where-we-work!