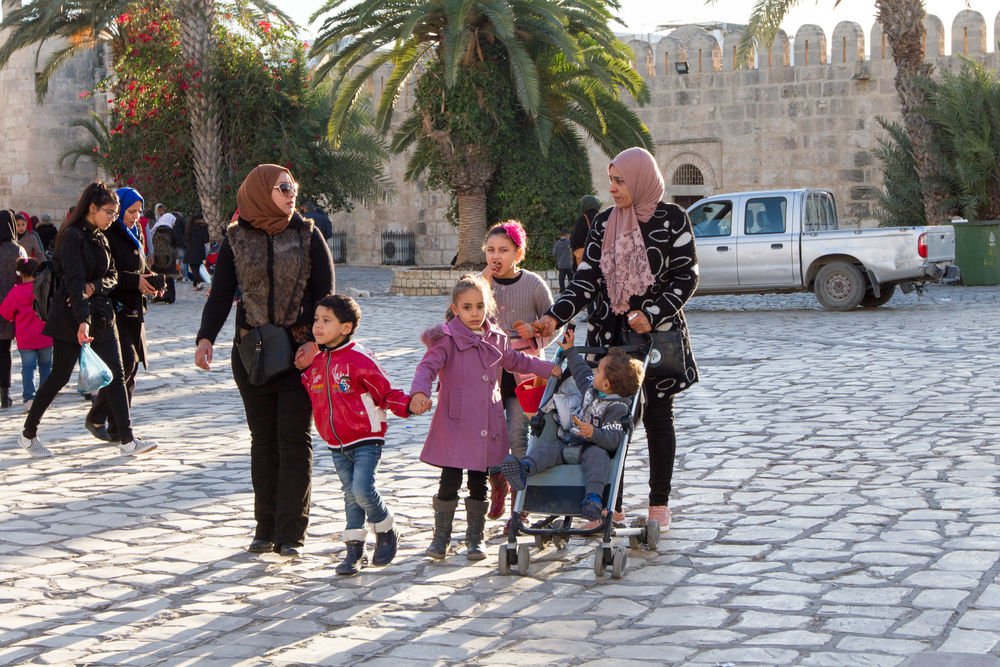 Fifteen years ago, when Julio* and Grace* moved to their host city in North Africa, the Latino-American couple knew of only a handful of local believers scattered throughout the sizeable metro area. Before marrying, both had served individually on international teams elsewhere. In their new church planting endeavour as a couple, they had two goals: to facilitate a locally led gathering of North African believers and to work alongside Arabs.

“When we arrived, there was not really a church,” Julio remembered. “Years before, people had been exposed to the gospel by different groups, but the people didn’t have very deep roots, so they left [the faith].”

In the early stages of their time in North Africa, Julio and Grace used a map of the city to plan weekly prayer walks. They also hosted prayer nights and connected with Rashid*, a worker from another North African country.

Rashid and Julio “really hit it off,” Grace described, and the trio started a small discipleship group, which consisted of a local woman believer, occasionally some of her seeking friends, another woman and one male believer.

“We didn’t know what we were doing; we just stared getting these people together,” Grace admitted. After a year, the group dissipated. The first woman moved to another city, the man disappeared, another girl continued studying and the final girl—whom the leadership team had considered a seeker—travelled to the US on a government-funded grant.

“We prayed that when she went to the US, she would have a host family who were believers, and that’s what happened,” Grace said. “They took her to church…I feel like God was continuing what He did in her heart and life [in North Africa].”

During the next season, Julio and Grace continued to settle into their host country, focusing on the local dialect of Arabic, making friends and having a family. “When you’re a family with small kids, you have value where you are, but you are busy,” Grace stated. Still, she said Arab friends observed her family’s lifestyle, “how we interacted together and how we were trying to bring up the kids.”

“Just being part of our life was ministering to them,” she said.

Then, over a period of time, Julio and Rashid met four young men who all gave their life to the Lord, one at a time. “They were really dissatisfied with Islam. They were seeking for meaning in life and had special concern about eternal life,” Julio described. “We focused on teaching them about the commands of Christ. We started teaching them about repentance, prayer, giving, baptism, the Lord’s supper and church. When we started doing more discipleship with them, these guys were baptised.”

After several years of discipleship, the young men wanted to get married. But they wanted to marry believers. “We prayed with them for a year, and each of them married a believing wife,” Julio recounted. That was a turning point.

“When the guys started getting married, we decided we would have our first church meeting where there were women and men together,” Grace said.

Slowly the group developed. Another local man, who had not become a believer through anyone in the small church, joined the group to study and grow. Several single women became believers and joined. Meanwhile, Rashid also married.

“We felt that these families, these young guys, needed teaching,” Julio explained. So he and Rashid developed a three-month intensive Bible training and invited other North African believers to teach. Five of the new believers met four times a week to grow in their knowledge and faith. “This was very good for these young men and women,” Julio concluded.

Later, he and Rashid started a second intensive Bible study, this time asking participants from the first group to teach.

Eventually, some believers in the church group moved to a neighbouring city. Then a second small group began meeting there. Both groups appointed a leader, and Rashid and Julio began meeting with them every two weeks. “That was a time where we could pray together, and if someone had an issue, we could talk about it,” Julio said.

In the original host city, the workers identified three subgroups in the church: those able to come most often, mostly young couples and young professionals; a group of people who were married to non-believing spouses, which limited their contact to other believers; and a separate family, who came to Christ together as a unit. Together, the known believers totalled about 30 people.

“It was really just us working with this group of believers,” Grace explained. “Rashid, as a native Arabic speaker, tended to lead. Julio never felt like he wanted to be the leader of a church group…For us, we just felt so blessed to work alongside him.”

To meet the growing need to disciple the women, Rashid’s wife and Grace started a ladies meeting. “We met for hours and hours. The ladies loved it. They were so hungry to grow and to learn. That part was amazing,” Grace remembered.

Still, starting a new ministry was also “stretching,” she admitted. “We had already our [young] kids, and then we were having these ladies’ meetings.”

Then Rashid and his wife got kicked out of the country. “That was a really hard time for us. There were no other foreigners working with this group. It left just us. Honestly, it was really overwhelming. I just thought, we can’t do this. I didn’t feel like my Arabic was good enough, I [thought I couldn’t] take care of the ladies on my own,” Grace shared.

Julio, too, balked at leading the growing church. After a lot of prayer, he asked the local believer, who had joined the initial group from outside, to lead the church plant. “He said, ‘Well if the others are OK with this, then I can do this,’” Grace recalled. He also said, “I’m not doing this on my own, you’ve [Julio] got to do this with me.”

From that point, Julio and Grace catapulted into an even busier season of working with the church—Julio acting as the not-so-behind-the-scenes coach of the local leader and Grace continuing with the ladies’ meetings.

Grace, especially, struggled with the responsibility. “I didn’t feel like I had the Arabic for it…I [didn’t] feel holy enough. Who am I to teach them about things I still struggle with?” she recalled thinking.

During prayer, she felt as if God said, “If you create the space, I will come.”

That answer, she said, continued to shape her ministry. “I just try to use what I’ve got to make space for Him [God] to move. In a way, it keeps me humble because whenever something happens, I know it wasn’t because of me.”