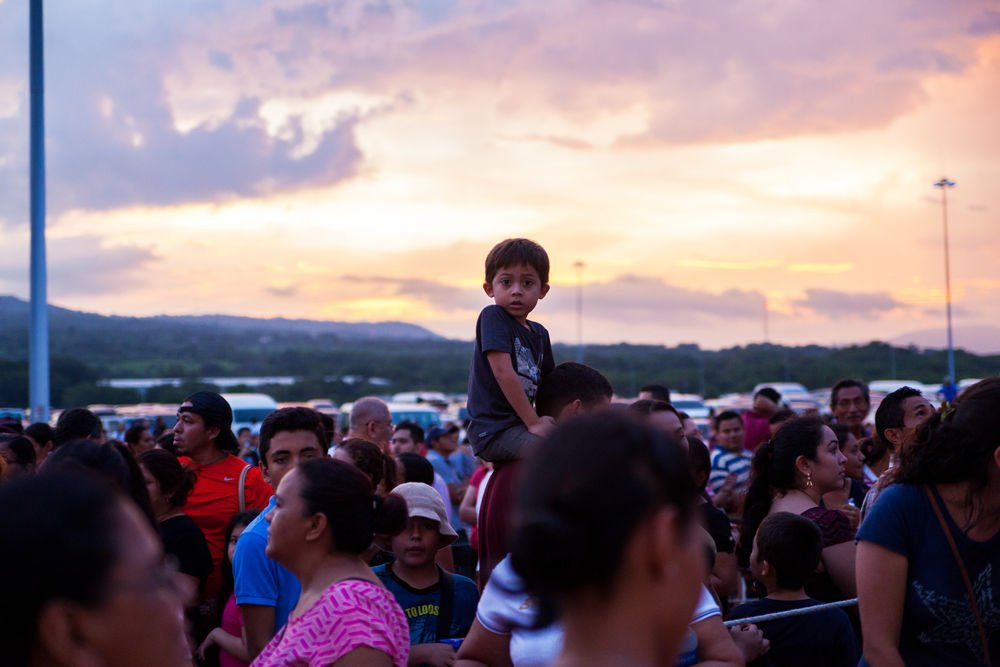 In 2016, during Logos Hope’s annual maintenance, a group of crewmembers came up with the idea to take the gospel and hope of Jesus to the streets in their port in South Africa. “So much of the ship’s ministry is bringing people on board,” said Connor Davis (South Africa), who co-leads this ministry with Tatiana* (Europe). “But what about those who are on the streets, who’ve never heard of the ship or who can’t come? We want to go where people are, share Jesus and love those we meet any way we can.”

The group is made up of crewmembers and local volunteers, so it’s different in every port. They meet twice a week to pray, divide up any materials they are taking with them—like Gospels of John, hot chocolate, warm clothing in colder climates, etc.—and then go out to share God’s love with whoever they meet on the streets. “For some who join us, it’s the first time they’ve ever shared the gospel,” Tatiana said. “For them, it’s a step of faith to learn how to do this and connect with people.”

“For me, I shared my faith in my home country, but I was speaking my language with people one-on-one, not in groups of people, while using a foreign language,” she continued. “I’ve learned how to work together in groups and to share in groups. Sometimes it’s difficult and sometimes it’s great, because you can see how God uses everybody in the group.”

Because the outreach often looks different in every port, the key is to be open to what God is leading them to do. “One day in Guatemala, it was foggy, so our group had to stay in the port area,” shared Connor. “We were talking with people waiting for their buses. I was with a volunteer who was translating for me. We saw a big group of teenagers and went over to them. They all gathered around me and I started sharing the gospel with them. I really felt the peace of God edging me on to share this gift with them.”

“They said they’d been to church, but had no idea of the gospel. I saw that some of them were really interested. They asked me, ‘How can I have this relationship?’ I explained how they could know and follow Jesus. They were willing to do it, so we all held hands and they prayed with me.”

“As soon as I said, ‘We believe in Jesus Christ!’ they all shouted. The presence of God had come on them. We were able to give them Bibles and introduce them to local volunteers who would stay in touch after the ship left.”

“I’ve seen God do many things like that, where people give their lives to God, but I’ve also seen God use power and authority in other ways,” continued Connor.  “In Ecuador, I was able to pray over a blind man who also had pain in his knees and his stomach. A moment later, he started freaking out and scratching his eyes.”

“I asked him, ‘What’s going on?’ He said he felt heat over his eyes and he saw a light. Then he said, ‘I see Jesus.’ So I kept praying. The next moment he said, “My knees are fine. My stomach’s fine.” And he just saw Jesus, which was incredible! He was a Christian and he was really encouraged to experience Jesus’ love and power in this way.”

Now at the end of Logos Hope’s two-year visit to Latin America, this ministry group has been able to do this outreach in many different countries and ports. “Many people in Latin America have heard about God,” Tatiana said. “But that doesn’t always mean they have a relationship with Him or know about salvation and who Jesus is.”

“In Argentina, I met a group of young people sitting drinking mate, a local tea. I joined them and started to speak to them about Jesus. One girl wasn’t very open, but another girl was. She said, ‘I’m looking for something.’”

“I shared the gospel and my own story with her and she started to cry, saying, ‘I remember now that my grandmother also prayed for me and gave me a Children’s Bible.’”

“Sometimes, people are listening from an early age,” reflected Tatiana. “In one moment, God knows when to touch them and bring it all together. God is working in different ways. Sometimes we cannot see right now some seeds we have planted. But it’s not our work. Some people plant the seeds and others water them, and then God puts it all together.”

When God calls you