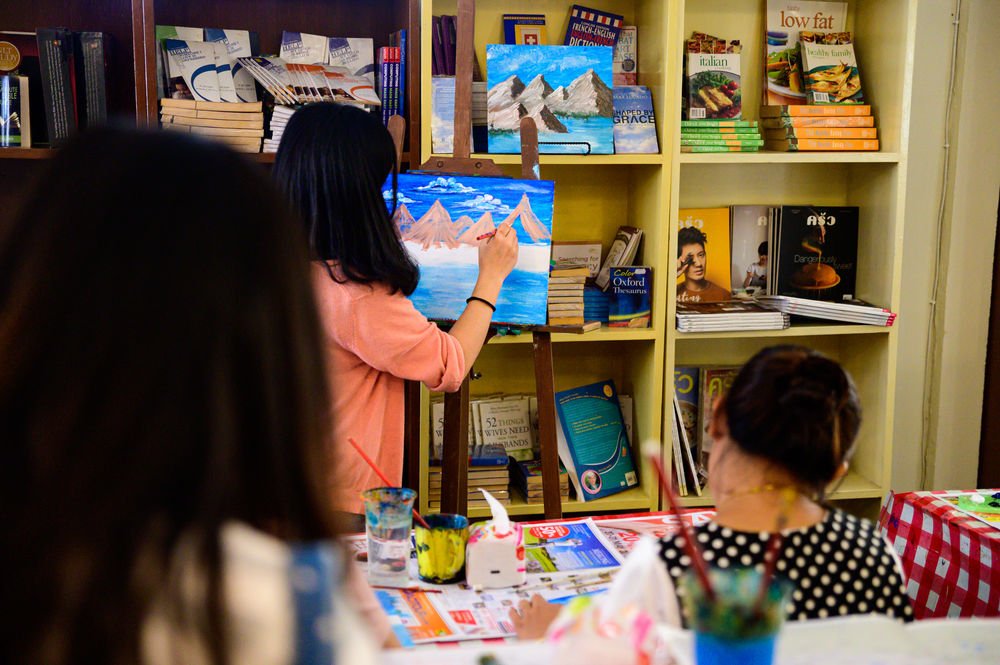 “I was afraid of spirits before. Every year we had to give sacrifices to spirits,” said Ailani* a 24-year-old from a small village in a Buddhist country in South East Asia. “My mom used to ask me to bring the [offerings] to the spirit houses, and I was afraid… Family members bring clothes from the sick person to the witch doctor and based on which spirit wants to eat the sick person, he will advise a different animal that needs to be sacrificed [in order for that person to be healed].”

Like many others influenced by Buddhism, Ailani’s village believes in the active spiritual realm, using the offerings of simple meals on a daily occasion and the sacrifice of poultry or other larger animals for more critical incidents like illnesses to keep the evil spirits appeased. Even as a young teenager, Ailani wondered how they could believe that the evil spirit had brought healing, but be the source of the sickness at the same time. Her mother had no answer to offer.

In many rural villages, girls marry by the age of 14 and the only work available is basic subsistent rice farming–where farmers only make enough to eat. About growing up in that environment Ailani said: “I just did whatever made me happy. I never thought about what the purpose of life was. I didn’t study well, but I did finish high school because I didn’t want to work in the fields. So I studied enough, but I never had a dream to leave the country or become a doctor or anything like that.”

It wasn’t until Ailani followed her older sister to the capital city for employment opportunities that she was introduced to people who did life very differently: Christians. Initially, Ailani’s response to the people who approached her about Jesus was: “How can I believe if I don’t know Him?”

It took time to observe the lives of the Jesus followers she met to see that they indeed had something of unique value. “I saw how the Christians were different and I wanted to be like them. In my village, we also had a lot of unity and community as well–but when you give in the village you expect something in return; whereas the Christians just gave,” she recalled. “And I felt like they all had so much wisdom.”

Ailani has been serving with OM in her home country for more than two years. At first, she was discipled as part of her employment at an OM-owned business. Now, she uses her artistic skills to reach out to people in her community and serves in a leadership role discipling others and is preparing to go elsewhere in Asia for two years to grow even more in her ministry skills and experience.

“If you don’t live as an example, then you can say 10,000 things, but [those you lead] will never do it. So you have to model it for them,” Ailani shared about her experience as a leader and what she has learnt from her own leaders. “Since I moved here, to work with [OM], everything [has] changed. I think more about other people. I think more about looking at what God wants us to do, not just in theory, but in practical ways–how to obey Him.”

During the last few years, Ailani has experienced God doing a work in her and she is eager for others to know Jesus like that too. “God has taught me step by step. He has shown me that He can do many things, but one step at a time. The more I love Him, the more I want to give Him,” she said. And looking ahead to the future, she allows these recent lessons of God’s faithfulness to calm her fears. “If I think of myself only, or what I can do, I would be afraid. But God will prepare the way for me,” Ailani said. “Of course there will be many hard things, but God says everything is possible if you do it with me.”