Do you want to play a game? I’m going to give you a series of French cultural choices, and you have to pick one or the other, depending on what you prefer. No sitting on the fence!

Visit the Eiffel tower, or the Louvre art museum?

Go to the French Alps, or the beach at Bordeaux?

Have you ever thought about the fact that life is all about choices? And in this little game of 'Would you rather' there is no middle ground.

But sometimes there IS middle ground! Take the last set of choices I presented you with. Now, there are some very nice (and quite reasonably priced!) restaurants in the Latin quarter in Paris, where you can experience a truly French traditional meal. And in the list of starters/entrées, you will find both frogs legs and snails. But you will also find onion soup! I don’t know about you, but I’d pick onion soup every time!

And what about being a disciple? You could be definitely NOT a believer, or you could be a full-on, passionate, on-fire-for-Jesus Christian. Or, you could be a middle of the road, onion soup Christian! I’ve got nothing against onion soup, but in the second half of the Bible, it is very clear how Jesus feels about people who wouldn’t fully commit.

And if you read the first half of the Bible, it is full of stories of people who made choices when faced with God – many of them Bible heroes! Think about Noah: he didn’t need to obey God’s instructions to build a giant boat. He chose to. And Moses – he made a choice to go to Pharaoh, then chose to lead the people through the desert. Isaiah, when faced with a vision of God and the question “Whom shall I send?” was like that kid in class during primary school who always had his hand up to answer the teacher’s question, “Send me, send me!” almost out of his seat with excitement! This was not an onion soup moment, this was a “Yes, I am IN!”

But what if Isaiah had kept his hand down?

What if Moses had walked away from the burning bush with his fingers plugging his ears?

What if Noah hadn’t built the boat?

Then there would be no prophecies from Isaiah, no record of Moses and God would have had to pick someone else to save all of mankind from total destruction! These three guys would be gone and forgotten, instead of permanently written into history, and instrumental in God’s plan for humanity. Because actually, there was nothing particularly remarkable about any of them – except that they chose to say “yes!”

We are faced with choices every single day, and maybe the single most important choice that you will ever make is how are you going to respond when faced with the call from God? He has a plan for your life, to make you instrumental in His plan for humanity! It may not be a huge thing like leading 600,000 people through the desert, or building a giant boat, but it is still God’s plan. Maybe you are deliberating that choice right now, maybe you feel like you are still waiting for it. One thing is very clear – there is no middle ground. And I want to encourage you, whenever that call comes, whatever the call is, let your answer be like Isaiah’s: “Yes! Send me!”

This blog post may be over, but your choices are not. One personal recommendation – avoid the onion soup!

Paul leads the Short-Term Mission department for OM in France (a multi-faceted charity, one of whose goals is to support the local church in their community evangelism efforts). He is married, has two boys, and enjoys eating French pastries. 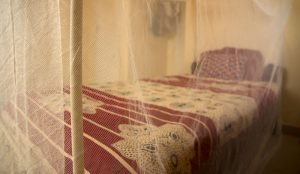 God loves me, and He likes me too 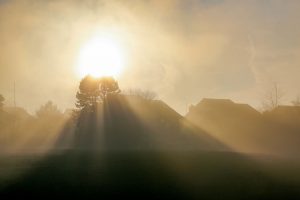 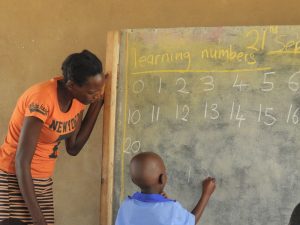 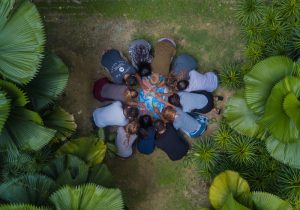 Other Resources by Paul Dixon

Si tu as des compétences en informatique, viens nous aider à envoyer des Français au service des nations et à en accueillir d'autres pour œuvrer ici même en France !
Full Details
Serve! France    Go & Live    As soon as possibleDo you feel called by God to serve him in France? Join the OM team in France as we serve to inspire, mobilise and equip others in seeing churches grow and be discipled, as well as getting involved hands-on in one of the least reached countries in Europe.

Do you have skills and abilities that you want to use to serve God? Are you willing to just serve where needed? Come and join our team and by your willingness bless those in the team or those passing through.
Full Details
Short-term Outreach Admin Assistant France    Go & Live    As soon as possibleDo you feel called by God to serve him in France? Join the OM team in France as we serve to inspire, mobilise and equip others in seeing churches grow and be discipled, as well as getting involved hands-on in one of the least reached countries in Europe.

The Field Personnel Officer is crucial to our ministry here in France. As the principal contact for people joining the team, you’ll play a key role in guiding them through the process, from registration to departure and into ministry
Full Details
J'aime Arpajon France    Go & Visit    1 April 2023 - 9 April 2023Do you long to see a spiritual revival in Europe where people from all nations come to know who God is and what His plan is for them? Come and join with two local churches as they share the love of Jesus with their communities and as they prepare themselves in faith to step out and plant a new church in a neighbouring town!
Full Details
Finance and Admin Assistant France    Go & Live    As soon as possibleDo you feel called by God to serve him in France? Join us in our goal to inspire, mobilise and equip others, to see churches grow and believers discipled, in one of the least reached countries in Europe.

We are looking for someone with a good attention to details and strong organisational skills to complete our OM team in France. Working as part of the small core office team in the town of Pontault-Combault, you will have an essential support role across departments.
Full Details
TeenStreet Team Member France    Go & Live    As soon as possibleAre you convinced there must be more to life than this? Do you believe that the God you love and serve has a purpose for you? Follow your aspiration, let adventure and meaning enter your life!

We are looking for someone who can co-ordinate the big picture for our field communications, both the strategy and managing the people to make it happen.
Full Details
IT System Administrator France    Go & Live    As soon as possibleDo you feel called by God to serve him in France? Join the OM team in France as we serve to inspire, mobilise and equip others in seeing churches grow and be discipled, as well as getting involved hands-on in one of the least reached countries in Europe.

If you have skills in IT, come and help us send French people to serve the nations and welcome others to minister right here in France!
Full Details
Love Montélimar France    Go & Visit    6 April 2023 - 16 April 2023Do you long to see a spritual revival in Europe in which people from all nations come to understand who God is and what His plan is for their lives? Come and be a part of what God wants to do through His church in France and help support the members of a church in Montélimar as they step out and share the love of Jesus with their community.
Full Details
All Service Opportunities
All Visit Opportunities