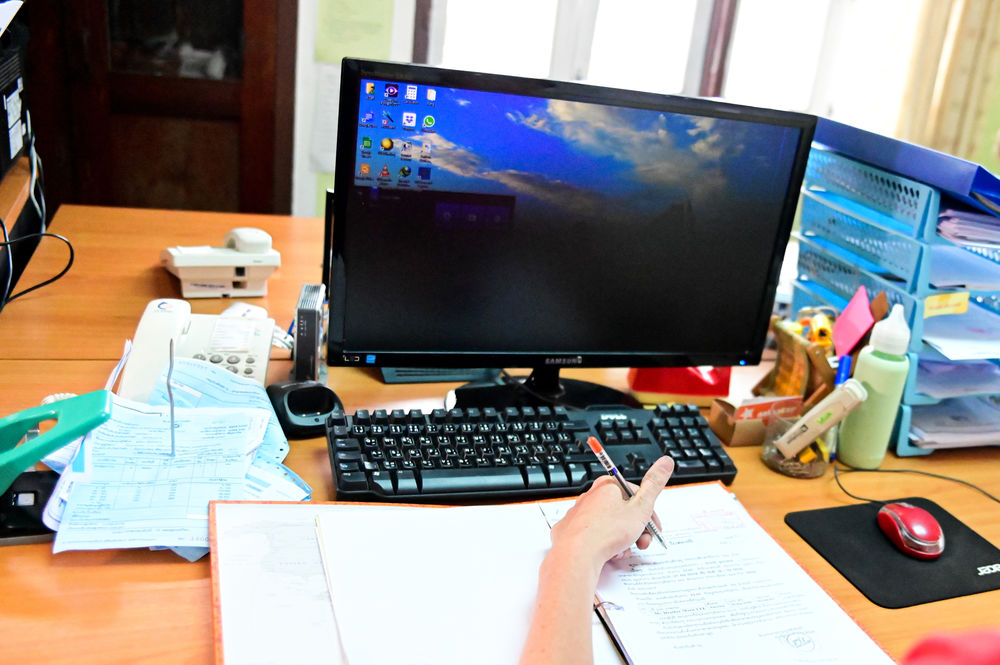 Dora* was living the dream — she had a well-paying job, owned a car, attracted friends and had many followers on Facebook. Then, after encountering the love of God through a missionary in Mexico, she began to think about joining cross-cultural missions with OM in Southeast Asia and to abandon her job to become fully dependent on money raised through support.

At first, she baulked at giving up her financial security. It was a feeling of: “God, you’ve got everything else, I’ll take care of the money over here,” she explains.

But as she read about the generosity of churches in the New Testament, God began probing her heart. “Am I relying on money, or am I relying on God?” she asked herself. She took a leap of faith and began raising support. Two months later, Dora had gathered all the funds she needed, and she boarded a flight to Southeast Asia.

Dora now works with a company that helps a variety of Christian organisations, using it as a platform to share about Christ both with government officials and her fellow office workers. As she thinks back to her first step of faith in raising support and moving to a foreign country, she sees the hand of God orchestrating her decision.

There were no papaya salads in Dora’s childhood home — a town in Arizona that hugged the Mexican border.  The second oldest in a family of ten kids and homeschooled, she grew up in a culture steeped in Christianity, she says, complete with school lessons on creationism and Facebook walls adorned with Bible verses marked #blessed. She remembers it as a shallow atmosphere—a Christianity in which people would attend church on Sunday and return on Monday to their unchanged lives—and she wanted to get as far away from it as possible.

Shortly after graduating high school, in 2009, 18-year-old Dora moved to Mexico, where she abandoned any semblance of faith and pursued an accounting career, accruing wealth and social status. But, despite having “everything,” she says she still felt hollow inside. Depression soon crept into her heart.

That’s when she met a missionary, a young woman who was one of her accounting clients. When Dora saw the woman’s selfless, thankless ministry and the meaning and purpose that infused her life, it pierced the young accountant’s veneer of success and left her hungering for more.

“She was living off of other people’s money, she was spending time with people that nobody else wanted to be around, and yet she was so happy, and I wasn’t,” Dora recalls. The love of Christ, Dora realised, made all the difference.

Dora began to pursue that love in her own life, a journey that would first bring her home to Arizona and then across the world to Southeast Asia, empowered with a mission to share God’s love with others.

Seated in a muggy room adjacent to her small office, Dora speaks with a calm tone, but as she shares on topics that excite her, the words start bouncing from her tongue, buoyed by her hand gestures — a finger pounding the table, for instance, or two fists clenched in the air.

Reflecting on her three years in the field, she points to the continued process of raising support as one of the most difficult challenges she has faced, an aspect of missionary life that she must continuously surrender to God.

Still, the support process has given her far more meaning and purpose than if she had relied on a regular salary, she says. By reminding her that security and identity spring from her relationship with Christ, not from her job or tax bracket, or even from her role in Southeast Asia. By teaching her to trust God with the future and to live for “what God has for you today.” By giving her glimpses of God providing in powerful ways, like when flooding submerged the rice fields of many of local OM workers and a random farmer gifted them his surplus crop.

She also sees raising support as a way to give her home community and church the opportunity to become involved in missions through giving. When she first visited her home church, she describes how many Christians came to her and praised her for her bravery in becoming a missionary. “I could never do that,” they told her. But her response must have come as a surprise.

“I couldn’t be here if it wasn’t for you,” she told them. “You’re trusting God just as much as I am by giving money.” Her heart warmed as she saw many of them realise that they, too, had become partners in the missions effort through prayer and giving. “God doesn’t want us to be our own little island and work by ourselves,” she says. “He wants us to help each other.”

To the budding missionary who worries about raising support, Dora offers both a consolation and a challenge. “It’s human nature to want to feel secure,” she says, acknowledging that she has felt that same yearning before.

But, just like that day when she first gave up her “dream life” in Mexico, she says we have to ask ourselves: Where are you finding your security? Is it in God or in money?

As for herself, she says there are no regrets about her answer to those questions. Her security lies with God — the God who captured her heart through the unexpected selflessness of an accounting client, the God who provided in the beginning and has provided ever since, the God who bends the impossible to His will.

Like in many countries, preventative coronavirus measures have seen many businesses close, and there is much uncertainty about the economic impact this will have going forward. The business that Dora was involved in, as well as several other OM business projects in the country, have had to close their doors due to the coronavirus. The OM team is finding new ways to serve by meeting the needs of those without a source of income during these unprecedented days; there are still ministry opportunities to see God at work!

As the team accountant, you would be responsible for maintaining the accounts for our team and work closely with our business managers to ensure financial accountability.
Full Details
Personnel Manager South East Asia    Go & Live    As soon as possibleThe Manager (Personnel) is a key member of the OM Mercy Teams International (MTI) Head Office team. As a member of the OM MTI team, the Manager (Personnel) will assist the Executive Director, and work with other members of the OM MTI team in the areas of personnel recruitment, placement, people care, administration, reporting, and training and development. The Manager (Personnel) will also build relationships with other OM entities, and networks within OM International and OM East Asia.
Full Details
Community Development Volunteer South East Asia    Go & Live    As soon as possibleIf you are called to bring the whole of life under the lordship of Jesus and devote your knowledge or skills to contribute to community, Thailand may be where you are called to. We are reaching out university students, teachers and locals through sports, teaching English and other social activities.
Full Details
All Service Opportunities
All Visit Opportunities