“Don’t give up on me,” said Wilson*, the former witch doctor in Kapembwa Village, located along the shores of Lake Tanganyika in Zambia. “Please teach me the Word of God. I want to serve Him.” It’s common for the OM team in Kapembwa to have people associated with witchcraft coming for deliverance, but Wilson wanted more than that.

The second deepest freshwater lake in the world, Lake Tanganyika borders four countries–Burundi, Democratic Republic of the Congo, Tanzania and Zambia–and is known for its spiritual darkness. From guaranteeing a good catch of fish to physical healing to falling in love, consulting a witch doctor is usually seen as the answer for people along the lake. As a result, witch doctors become very wealthy and powerful in the village.

Wilson was a famous witch doctor, only one rank lower than the top witch doctor in the area. Growing up in a family of witch doctors, he shared that he started to see visions at the age of 11 and practised witchcraft for the next 25 years. To gain more power, he said he delved deeper and deeper into the spiritual world.

Wilson used to tell the OM team that the spirits troubled him and asked them for prayer. However, he never really wanted serious prayer as he was reluctant to give up his power, remembered Clement Chama, the leader of the OM team in Kapembwa. In February 2018, Wilson fell down badly as he was coming down from the mountain. He said that the spirits started to beat him until he lost consciousness. When he woke up, he couldn’t move his right leg, and when his son found him, he had to find help from the village to carry Wilson down from the mountain. The situation grew worse as Wilson's leg became more swollen. Deciding that was enough, Wilson said he no longer wanted to live under the control of spirits even if it meant that he would lose all his power and profits. He called Clement for help.

“Please come to my house for prayer and burn all my charms tonight,” Wilson’s pleaded, as he insisted the team had to pray for him as soon as possible. Twice a day for one week the OM team rotated who went to worship and pray in Wilson’s house, telling him the importance of letting Jesus become the centre of his life and cutting the bondage of the spirits. Wilson asked his whole family to help him collect all the charms from the mountain and the house. Once they were all gathered, the OM team poured fuel on the charms to burn them. Wilson then brought a big stone to mash through the fire to make sure everything was burnt into ashes, as he explained to the team how deeply he understood the dangers of the charms and wanted to leave no room for the spirits to come back. 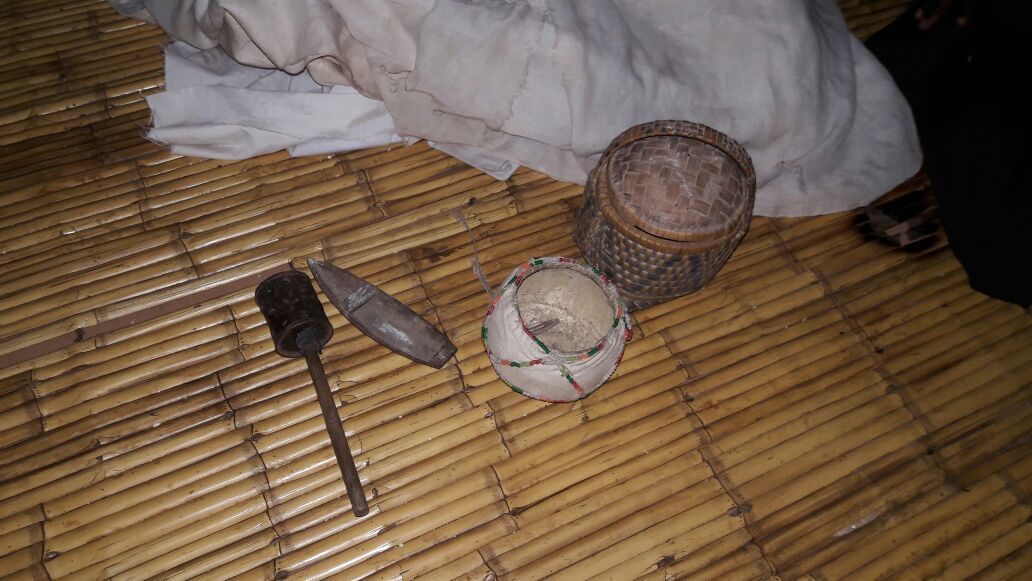 His son cried bitterly the whole time. “We didn’t realise what happened to the son until the next day,” recalled Abbie Corbie, an OM team member. The boy thought his father would die after they burnt all the charms. However, Wilson told his son that even if he did die, he wanted to die with Jesus. He didn’t want to live with the spirits anymore. “I’ve seen many come for prayer, but then go back to witchcraft after a month,” Abbie said. “However, I can see that Wilson is genuine. He really wants to make it right with God from now on.”

Wilson’s leg returned to normal, and he started going around the village to share about his new life, going door-to-door to find his previous customers to tell them that Jesus alone had the power and that they should burn the charms he previously gave them.

“He is very passionate and open to testifying. Everyone knows him as the big witch doctor in the village, and now his story could have great impact on the people for Jesus,” Clement said. “We will have to really invest in him to make sure that his family will stand firm. Then he will become the living testimony around the lakeshore.”

Please pray for God’s provision and protection for Wilson and his family as they need to find a new way to provide an income. Pray for wisdom for the OM team in Kapembwa to disciple Wilson and help him stand firm in his faith. Pray that God will use Wilson mightily around the lake. 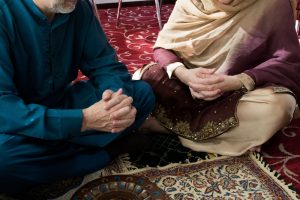 Love Africa Zambia    Go & Visit    31 July 2020 - 4 August 2020If God has given you a heart for Africa, then Love Africa is for you! The purpose of Love Africa is to unite the church, world wide, in its effort to advance God’s kingdom on the African continent. This is accomplished through mobilizing the church, missionary networking, and mission’s exposure for sponsors and church leaders; but it is also done through equipping the saints, in Africa and around the world, with practical tools to enter the harvest field.
Full Details
Love Mkushi Zambia    Go & Visit    17 July 2020 - 27 July 2020The purpose of this outreach is to take the light of the gospel to this rural community of Mkushi and allow God transform their lives, help them abandon ancestral practices and give them an opportunity to find Hope in the the Saviour Jesus Christ.
Full Details
Disaster Response Training Zambia    Go & Visit    11 August 2020 - 16 August 2020Preparation training for joining OM’s disaster response volunteer register
Full Details
All Service Opportunities
All Visit Opportunities